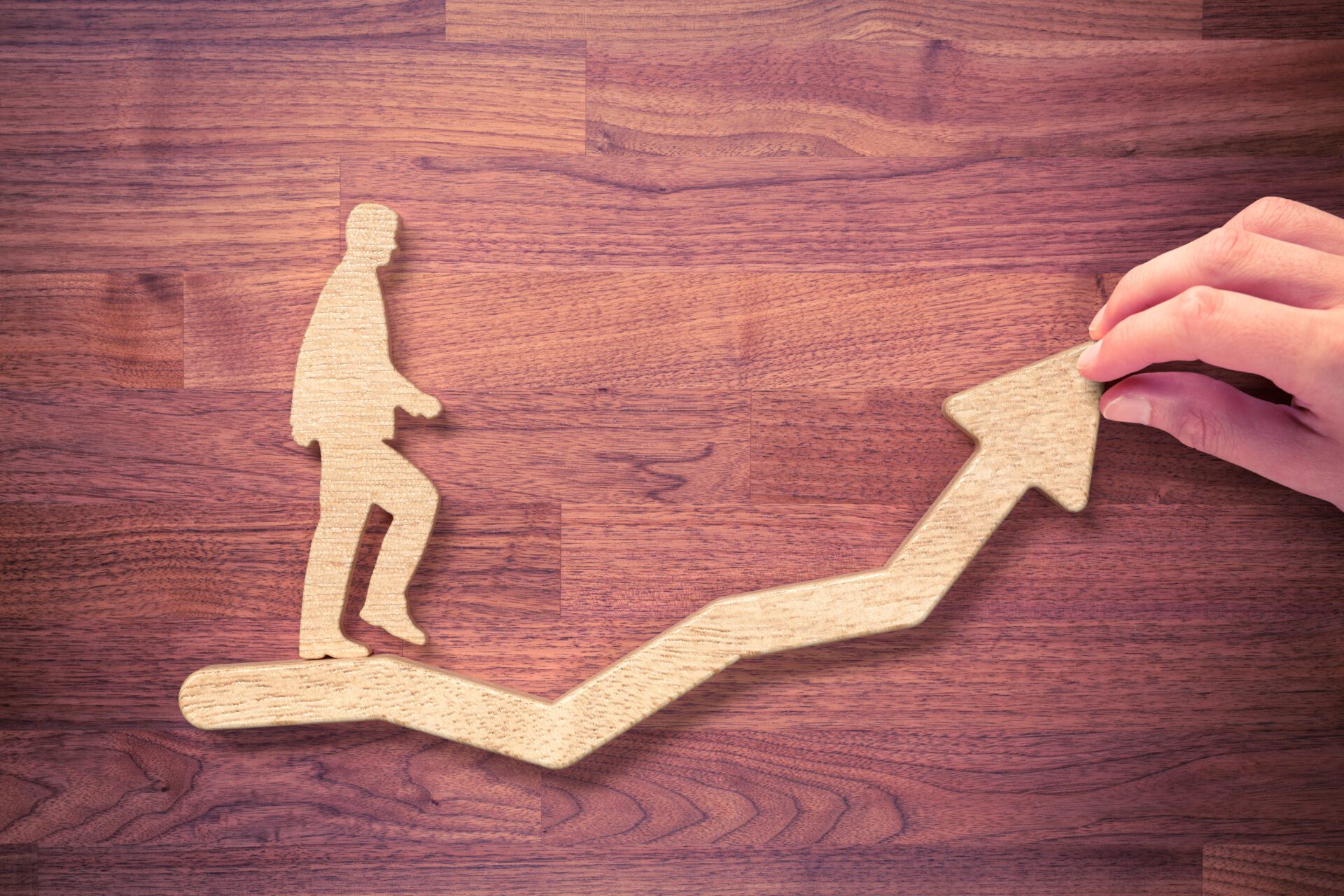 As the connective tissue of most organizations, supporting managers is more important than ever.

With the reorganizing of the workplace and introduction of hybrid and remote work for many organizations, evolving priorities for employees, increased job-switching and burnout, managers are more critical to organizational performance than ever. Successful organizations have always depended on managers for engagement, retention and performance, but the best are investing in coaching support for managers beyond the top of the organization.

“I think, in many ways, the role of the manager is more important than ever,” says Amy Lavoie, vice president of people success at Torch. In a traditional, in-person work environment, executives and HR leaders could pick up clues from their interactions around the office as to how employees are feeling and functioning, but the disconnect in a more distanced workplace has meant more responsibilities on the shoulders of managers.

The extra reinforcement of company culture and values between meetings and other kinds of watercooler chats have been replaced with digital fill-ins like Slack and Zoom — all with the same job expectations. Instead of the office itself, managers are now the primary connection to the larger organization for most employees. They’re tasked with translating company values and culture to employees while also acting as the primary way for leaders to understand their employees.

Zoom meetings are great for bringing people together from all over the world, but they miss out on many aspects of work, like unsaid things between meetings or informal cues in office interactions that are “crucial to learning,” Lavoie says. “Making the [managing] job harder to really be able to support that whole person, which is an increased expectation of employees.”

As new generations of workers enter the workforce prioritizing mental health and development opportunities, the employee value proposition has changed for leaders. The increased demand on employee satisfaction, well-being and fostering connection largely falls under the job demands of managers who often receive less support themselves.

If organizations rely on the same old support mechanisms, managers will be less equipped to handle the increased responsibilities and more likely to burn out than the employees they manage. Managers need more support as their jobs have become more demanding than ever. “Investing in relationships for managers through coaching and mentoring can be a critical way to help support them,” says Lavoie.

Put me in, coach!

Ask anyone who’s gone through coaching — traditionally those at the top, executive levels — and they will talk about the transformational impact it had on them, Lavoie says. They often wish they’d had it far earlier in their career when their habits were more fluid and norms had not been hardened. “The things we need from a coach are not unique to the executive suite,” Lavoie says. “We need coaches for lots of different things that we’re navigating as professionals, whether you’re managing people or not.”

The amount of increased burnout that can be caused by feeling alone while navigating critical parts of life or a career, such as moving into management for the first time or returning to work after having a child, can cause damage to teams and their subculture. Coaching can help identify blind spots and negative impacts of burnout that are preventable and avoidable.

With a task as complex as people management, “there is no one-size-fits-all approach,” says Lavoie. Each employee has their own complexity and nuance. For new and old managers, each has their own style, which can be challenging to adapt to virtual environments. Coaching or mentoring can significantly alleviate the strain on managers and elevate productivity and performance for their teams.

Beyond books or virtual training courses that may offer some stale guidance, coaching can benefit managers by talking through learning points with a trusted coach who understands the specific circumstances and challenges of managing. “Coaching is an incredibly valuable relationship that can truly help managers, and in some ways just [helps them] feel a lot more competent and aware going into these challenging managerial situations,” Lavoie says.

If managers supplement some of their work with coaching, it can significantly benefit their own performance. A 360-degree performance review, for example, when managers receive formal feedback from their teams, can be enhanced with coaching. While interpreting those evaluations can be intimidating, Lavoie says, when paired with a mentor or coach, they can “help you absorb it, help you contextualize it and help you translate that into some actionable steps.”

“Coaching and mentoring is a really incredible way to hold that mirror up and help people truly understand what’s working for them and their style, and where they might have opportunities to evolve or change,” Lavoie adds. “Having that sounding board to talk through that is incredibly important because it’s really hard to solve those problems completely in your head.”

One of the crucial aspects of successful coaching is how committed coaches are in their self-development. “If you’re more coachable yourself, you’re probably going to have more empathy for the employee and you’re probably going to role model it,” says Kevin Wilde, former chief learning officer of General Mills and founder of Flagship Consulting Group. “You don’t just train the skills, you have to do it yourself. And that unlocks a lot of the benefits.”

Managers who receive coaching and mentoring support are more likely to invest in developing their team’s capabilities as part of their job, going beyond simply ensuring tasks get done. If just getting stuff done is checkers, developing the mindset and capabilities of the team is chess, Wilde says. “The companies that do it well, their managers have the mindset that coaching is part of their job.”

Part of their job as a leader is to invest in the growth and success of their team. The top companies in terms of sales growth, customer satisfaction and profitability all tend to do more coaching, Wilde adds. “The research has shown that coaching improves motivation, retention, quality, team learning and job performance.”

With employee demand increasing for more customized learning and development experiences, coaching can help boost learning, especially in digital or hybrid environments. “The one-size-fits-all training courses and digital learning courses are powerful, but they are typically going to see low adoption; in the Zoom world, they’re typically going to see a lot of multitasking,” Lavoie says. “The difference in the impact that those types of investments can make when you pair it with a coach is just completely different.”

Successful organizations invest in developing their talent and leaders at every level, but traditional coaching at scale can get expensive fast. Peer coaching and mentoring are inexpensive ways that companies can invest in their people. Peer coaching and mentoring “can be a very powerful tool,” Wilde says. “Better companies are doing it. It’s smart to do, it doesn’t cost a lot and you can really amplify the benefits of coaching in that way.”

With employees valuing unique approaches to L&D and employers seeing the positive impact it brings, coaching can create a positive feedback loop of boosted benefit. In their data at Torch, teams with coached managers show 15 percent higher engagement than teams with un-coached managers, Lavoie says. “You really don’t get that type of return on investment on many things in the HR space.” Understanding who we are, what’s driving our tendencies and working to improve leadership from top to bottom has an immense impact on organizational success.

“When you have managers across your whole organization who are operating from a place of more self-awareness, more competence and more curiosity,” Lavoie says. “That just has an expansive impact on the organization because that trickles down to every person that these folks are managing. When you can do that at scale, it’s incredibly valuable for an organization.”

Torch has found a successful coaching strategy across the organization in using a filter in their coaching that “supports the values and priorities of the organization,” Lavoie says. Whether it’s speeding up decision-making, reducing burnout or increasing inclusion, coaches can help managers and teams with their individual needs and incorporate the organization’s larger goals.

Coaching then becomes a personalized and intentional way to expand the organization’s initiatives and values — beyond just mentioning it at a meeting or including it in a video. Tailored coaching and mentoring for managers can accelerate an organization’s overall goals.

Managers of the future

Moving forward, Wilde sees the shift of managers from a “command and control” operating mode to a coach themselves as something that will continue. As coaching increases across an organization and the more leaders develop a coachable development mindset, the greater benefit it will have. Like championship-caliber role players committed to their job by continuously evolving, “if you’re a manager and you’re practicing your own coachability, you’re learning about being vulnerable, you’re learning about having confidence to try new things that if you were a superstar maybe you wouldn’t worry about as much,” says Wilde.

The democratization of coaching beyond leadership can be a powerful tool. Coaching can help facilitate feelings of belonging and engagement, making employees feel “more meaningfully connected to teams and peers when they’re growing and learning as individuals,” Lavoie says. “Coaching not only helps us be better employees for an organization, but [it helps] us come home to our families and communities after work in a better headspace feeling more clarity, feeling more peace.”

As Lavoie sees more organizations move to embrace coaching to managers and beyond, she says she sees the trend as one which will keep going: “It’s such a perpetuating and multiplicatively positive thing for the world.”