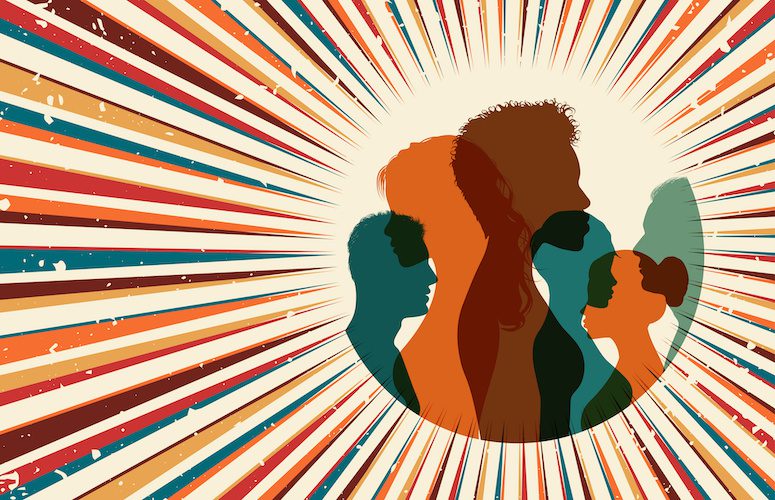 Black Lives Matter marches, #MeToo conversations and the volatile recent election are triggering difficult conversations in the workplace about what companies stand for — and whether leaders are demonstrating the values they purport to hold true. Here’s how five companies have transformed employee engagement by tying leadership to organizational values.

On January, 8, 2021, Bradley Rukstales, CEO of data analytics firm Cogensia, was fired by his board of directors after participating in the mob that stormed the nation’s capital. It’s an extreme example of an executive being held accountable for their behavior, but it also signals a growing trend in corporate leadership.

Black Lives Matter marches, #MeToo conversations and the volatile recent election are triggering difficult conversations in the workplace about what companies stand for — and whether leaders are demonstrating the values they purport to hold true. And when leaders don’t live up to these expectations, their jobs may be at risk.

Over the past two years, dozens of CEOs have quit or been fired due to embarrassing behavior, workplace affairs or political comments that 10 years ago would likely have gone unnoticed. Among others, they include Stephanie Korey, former CEO of the luggage company Away, who was blamed for the company’s toxic workplace culture; former McDonald’s CEO Steve Easterbrook, who was ousted for having an affair with an employee; and former Nike CEO Mark Parker, who left the company after spending a year battling lawsuits about the company’s boys’ club culture that condoned sexual harassment and gender discrimination.

Five years ago, such conduct would barely warrant a headline. But today, CEO behavior is being directly tied to performance and bottom-line results. And it is causing a dramatic shift in the way leaders engage with employees, customers and investors, says HR expert and analyst Josh Bersin: “All of those hard-edged, business-centered leaders are becoming softer, more human-centered leaders.”

They are being forced to think about employee mental health, well-being and sense of inclusion as a driver for productivity and engagement. And to make tough decisions when profits and employee needs don’t align.

Brian Lim, CEO of iHeartRaves, faced this challenge in 2020, when BLM drew a spotlight to the company’s advertising choices, and COVID-19 put a stop to all the live events that fuel sales of the company’s festival apparel. “It was a difficult time, revenues were way down, but we had to stay true to our values,” he says.

The company was getting negative feedback from clients for not using more people of color in its ads. “They were correct,” Lim says. “It was a huge learning experience.” Lim’s team held multiple town halls, talking with employees across the company about what the corporate culture felt like and why inclusivity was important in advertising. Together, they made a list of 15 actions the company could take to improve the culture, which included hiring more diverse models and boycotting Facebook ads, as part of the Stop Hate for Profit campaign — even though Facebook was a primary driver of revenue for the company.

“It was painful, and it hurt sales even more, but we’ve seen overwhelming loyalty from employees and customers because we did that,” Lim says.

Jeff Hollander is another CEO who welcomes this shift. He and friend Paul Pirner launched Hairless Dog Brewing Co., a nonalcoholic brewing company in Minneapolis, in 2018. “We wanted to create a product for people who are unapologetic about who they are and don’t succumb to pressure to fit in,” Hollander says. “It’s about making room for more people at the party.

The company took off right away, selling its first 1,000 cases in a few days. As the company grew, he recalls early mentors warning him not to screw it up by being inauthentic. That became part of the brand’s ethos, Hollander says, even when it involves tough choices for the business.

When George Floyd was killed in Minneapolis, a year after the company launched, it pushed Hollander and Pirner to prove their commitment to that ethos. “We were afraid, but we knew we couldn’t sit on the sidelines,” Hollander says. So they talked to their employees about what felt authentic to the brand and came up with a plan that included posting their support for people of color on social media and making donations to three local charities that support the needs of minorities.

The company also supports LGBTQ organizations year-round (“not just during pride month”), and gives all profits earned on Indigenous People’s Day to a related charity. “Now more than ever, companies have to express what they believe in,” Hollander says.

By taking a stand on tough issues, and involving employees in those discussions, Hollander feels like he is setting the right culture for the company and for the brand. “It is hard to be authentic but it’s worth it because it means we have a product that resonates with people.”

The shift to authentic, employee-focused leadership doesn’t come as easily for everyone.

Consider Malte Scholz, CEO of Airfocus, a SaaS provider based in Hamburg, Germany. As an entrepreneur, Scholz’s biggest driver was always to deliver the highest performance possible, regardless of circumstances. It helped him build his business and succeed in his career. But as a CEO, it also created a lot of tension when he put those same expectations on his employees.

“I had several situations in which I prioritized work over people — I was so goal-oriented that I didn’t notice employees burning out in the process,” Scholz says. He recalls a particularly stressful five months last year when he was pushing people to meet a critical deadline. “After a while, I noticed a lack of initiative from some employees,” he says. They stopped talking to each other, and the flow of check-ins and progress updates on Slack disappeared as everyone just focused on getting their piece of the work done.

It was a wake-up call that forced Scholz to dial back the intensity and give people the time and space to find balance in their lives, even if it meant slowing short-term progress. “It made me realize that my role is to support people, and that sometimes it’s better to miss a few opportunities than to push people too hard,” he says.

That shift had a profound impact on his team. Employees were immediately more relaxed and engaged, and the company’s time-tracking tool showed an increase in productivity. “Loosening the criteria relieved the pressure, which turned out to be the key for high performance,” he says.

Scholz isn’t alone in discovering the productivity benefits of giving employees the space and support they need to do their best work. It is what spurred Kelly Culhane to launch Culhane Meadows in 2013, and to build it into the largest woman-owned law firm in the nation.

Culhane began her career as a corporate lawyer practicing in a traditional firm where every hour was tracked to maximize billing. When she was pregnant with her first child, she recalled seeing women bringing their kids to the office on Saturdays in their quest to meet hourly quotas so they could make partner. “It was sad,” she says. “And I knew it was no way to raise kids.”

So she left the firm, and, after a few years off, she and three other colleagues launched Culhane Meadows, a fully virtual corporate law firm where lawyers work with the clients they choose and take home 80 percent of every dollar they earn (as opposed to 33 percent in a typical firm).

Within 30 days, 17 former colleagues joined the company, and they now have 75 lawyers working in 11 markets and count several Fortune 500 companies among their clients.

Their business model broke every rule of the big law firms, she says. Lawyers land their own clients, work from their own offices and know exactly how much money they are going to make. They also voluntarily take on extra roles as needed, including leading diversity initiatives, heading up learning efforts and supporting corporate wellness goals.

“It sets the tone for an inclusive and supportive culture, where everyone has a voice,” Culhane says. That includes having a say in who gets hired. Culhane notes that on more than one occasion, the team has opted not to bring on a promising lawyer because they weren’t a good culture fit.

She admits that at first, clients were skeptical. “They were entrenched in the big firm mentality,” she says. But once they gave Culhane Meadows a chance, they saw the good work and lower rates, and they were hooked. Today, the firm bills an estimated $23 million a year, and while many firms are downsizing, they are hiring.

Culhane admits that they could all probably make more money working at a big five law firm, but no one has regrets. “People love the culture, and no-one has to worry about billable hours at the end of the year.”

That kind of shift in leadership thinking is rapidly becoming the norm as executives discover that treating employees with respect and aligning company strategy with core values results in a more loyal and engaged workforce. In this environment, it’s not enough to set diversity goals, or make sure there is a token woman in the boardroom. “It has to be interwoven into everything you do,” says Ray Narine, head of employee experience and deputy diversity officer for Consumer Reports in New York.

The nonprofit’s values are to “advance truth, transparency and fairness in the marketplace,” and CEO Marta Tellado applies that mission in the workplace as well. Over her seven-year tenure, Tellado has filled the boardroom and workforce with more diverse teams who bring a unique set of experiences, perspectives and ideas to the table. The company also provides coaching to leaders on how to be more inclusive, to recognize their own unconscious bias and to listen to peoples’ stories.

“The key is giving people a voice,” says Rafael Perez, Consumer Reports’ CHRO and chief diversity officer. “You can tie diversity and inclusion to paychecks and business goals, but you still need to do the relational work or the barriers won’t come down.”

Executives can no longer ignore these trends or assume that setting hiring quotas or publishing sustainability reports will be enough to prove that they are living their company’s values.

“Before the pandemic, DEI and climate security were brand issues,” Bersin says. But throughout the pandemic these issues have become more personal, and they are on everyone’s minds as we navigate the intersection between racism, politics and corporate purpose.

This expectation for value-driven leadership will only be amplified as Gen Z floods the workplace. This generation of workers are more diverse than any prior generation, and they have high expectations that their peers and employers be equally diverse, inclusive and vocal about their values.

Leaders who want to attract this generation of workers — and build a resilient business for the future — need to be proactive about building supportive and diverse cultures, or risk losing their best people.

“When employees sense that a company is not inclusive, they won’t tell you,” Bersin says. “They will just quietly pull back from the work and start looking for another job.”