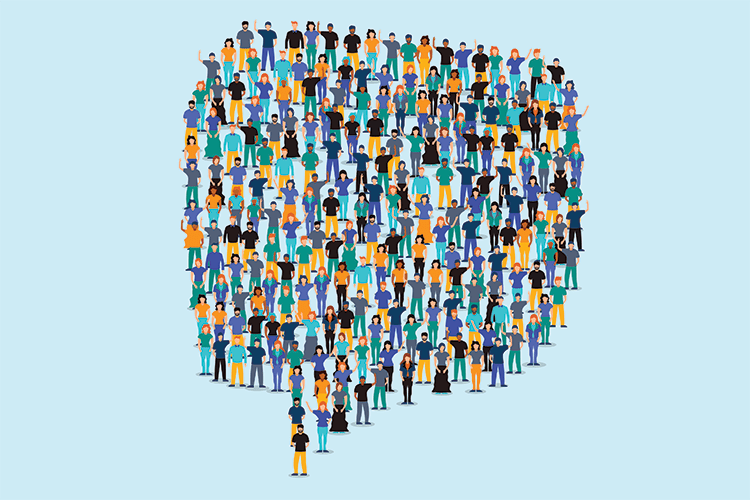 From bystander to upstander

We’ve changed the laws. We’ve mandated sexual harassment prevention training. But nearly three years after #MeToo, studies show that these efforts still might not make any difference in workplace culture and attitudes. What does then?

Up until a couple years ago, anti-harassment training was usually organized in response to a specific incident or public moment. Cynical employees could immediately spot this as the HR “check-the-box” effort that it was. Then, in late 2017, #MeToo happened, and preventing inappropriate interactions at work became a front-and-center priority. HR departments in almost every industry went into overdrive, amending company policies and making sexual harassment training integral to organizational practices.

It’s now commonly accepted that employees should know how to identify and combat harassment. Many states now require businesses to offer anti-harassment training. California currently has the most aggressive legal requirement, stating that any business with five or more employees (supervisory and nonsupervisory) must put those employees through mandatory anti-harassment training — and many other states may soon follow suit.

So, how can business leaders design an anti-harassment training that actually resonates with employees and creates positive change in workplace culture?

When my organization began developing anti-harassment training programs for companies, we noticed one key issue that wasn’t being addressed in standard workshops: What about all of that stuff that happens before a situation turns into actual harassment or discrimination?

We had to acknowledge that, while it’s important to know what to do when someone clearly crosses a line, the real key to protecting employees is to stop that line from being crossed in the first place.

Bystander communication training is designed with an actual, real workplace in mind. It focuses on addressing microaggressions — the everyday slights and insults that can turn into harassing behavior over time — and teaches employees how they can spot red flags and intervene. Rather than simply highlighting what constitutes harassment, bystander training teaches employees how to communicate with a co-worker when they see red flags.

While many remarks or actions aren’t intentionally hurtful and may not seem overtly discriminatory, they can take a heavy psychological toll on recipients over time. Employees who know how to identify microaggressions, and understand why they are so hurtful, are more likely to intervene and talk to the offending party in a productive fashion. Bystander communication training teaches employees how to have the conversations that will make their workplace safer, more inclusive and happier overall.

The body of research supporting bystander training is growing. As a recent U.S. Equal Employment Opportunity Commission report stated, “[Harassment] training is important, but it needs to be the right training.” According to the same report, “Employers should consider workplace civility training and bystander intervention training.”

According to Psychology Today, theory and research both suggest bystander communication trainings “foster context-specific attitudes, beliefs, norms, and skills such that bystanders: are able to quickly and accurately identify a situation as intervention-appropriate, experience action-motivating arousal (including empathy) in the face of the event, have positive attitudes towards intervention and perceive the benefits of action as outweighing the perceived costs, are empowered to act and feel confident in their ability to effectively intervene (bystander efficacy) and are resistant to evaluation apprehension and norms contraindicating action.”

How these trainings work

We usually begin by talking about microaggressions, including how they can, over time, lead to actual harassment. We have participants think about what microaggressions they have encountered in their own life and encourage them to discuss those with their co-participants. It’s important to acknowledge in some way that workers often see these red-flag situations happening, but don’t know what to do in the moment — and that it’s natural to feel afraid or hesitant to get involved.

Based on our experience leading these workshops, here are some of the most common fears workers might have about speaking up or intervening when they witness a microaggression:

Our trainers then aim to help workers think about the reality of these fears and strategize ways to overcome them.

Distract. This is a temporary action you can take in a situation where something needs to be done immediately, but you don’t have time to plan or go to someone else. Do something to interrupt the interaction between the person responsible and their target. If you notice a colleague is uncomfortable with another’s remarks, actions or jokes, make up a task you need their help with and pull them out of the situation.

Direct. Here, as the bystander, you make a brief, clear statement to stop the behavior. This statement shouldn’t be an attack on the person responsible, but it should be clear enough to send a message that you weren’t comfortable. For example: “You know, Josh, usually I like your jokes but that one kind of crossed a line for me.”

Delegate. If you don’t feel like you are in a position to address the situation with one of the parties involved, go to someone with more power who can take appropriate steps. This could be as simple as reporting what you saw to an authority figure with formal power, such as an HR manager, or a colleague with informal power, who simply knows the people involved better than you do.

Dialogue. Using this step means you have decided to follow up with the person responsible and have a conversation about their words or actions. At first, this might seem like the most challenging task for bystanders, but it is by far the most effective in terms of long-term results. The trick to approaching a potentially volatile conversation like this is to listen respectfully to the other person while calmly stating what you saw occur. Be curious about their behavior and ask open-ended questions, such as, “What do you feel like the appropriate thing to say would have been in that situation?” or “Has anyone ever made you feel uncomfortable at work?” This may make them feel more at ease opening up about their behavior or acknowledging what they did was wrong.

A word about listening: Once you ask these open-ended questions, your goal should be to hear and understand what the other person is saying. That is very different from pretending to listen while you are actually thinking about and rehearsing your next response (which is human nature and often what happens in difficult conversations).

How the workshop unfolds from here is usually determined by the size of the group, the type of organization or industry we’re working with and how engaged the employees are. While these trainings can be done by someone on staff, such as an HR director, it’s usually best to bring in an outside organization to conduct them. It gives your company more protection in the event of a future lawsuit because it demonstrates that you brought in experts for the workshop. There is also a morale benefit: Bringing in outside experts shows employees you are truly invested in changing workplace culture.

Another benefit of an outside organization: They appear as a neutral party and create a safe space for employees to talk about issues. Often, employees feel nervous admitting that they have witnessed microaggressions or red flag behavior in the past and done nothing. With the right facilitators, these employees quickly learn that wanting to avoid confrontation is a natural, human response, and we have to acknowledge that.

Unfortunately, there isn’t a lot of quantitative data available yet about the effects of bystander communication training, but it’s something we are working on measuring at the National Conflict Resolution Center. In the meantime, we have seen some impressive qualitative results and visible changes in a workplace’s culture and interactions with one another.

My organization has led bystander communication training for companies of every size and across a variety of industries, from a warehouse company to the Los Angeles Times newsroom to large corporations like Toyota. The one thing they all had in common was that they wanted to do more than check the box. They wanted to help prevent discrimination and harassment rather than just address it and move on.

Case study No. 1: the power of nicknames

I was conducting a training with a group of employees at a company who all worked jobs that require physical labor, outside an office. During the session, I encountered some pushback while talking about microaggressions. I was giving examples of microaggressions and explaining how over time they can escalate and lead to harassment. As I was telling a story about a nickname that started out as a small tease but quickly escalated into a more serious workplace issue, one of the men in the room said, “Hey, listen. Joking and teasing is a part of our workplace. We don’t want to change that.”

I asked him what it was about joking that meant so much to the team. Through that process we were able to work through the underlying need he expressed: a sense of camaraderie among his team and a fun work environment. We talked about ways to uphold those elements of their work culture while being more sensitive to things that could intentionally or unintentionally hurt others’ feelings.

Finally, as we were wrapping up the conversation, one of the toughest-looking guys in the room raised his hand and said, “You know what, I’m so glad we’re talking about this. I hate my nickname. I’ve just never had the guts to say it because I like you all so much as friends.”

The room was shocked, and there was a huge shift in energy. Suddenly, everyone was more receptive to the teaching and realized the real-life implication this had on their colleague and friend. By not shutting down the original pushback, and instead working to draw out what was important to the participants in the room, we created a safe space for them to have a real and honest conversation — one that will hopefully have a long-lasting impact.

Two hours after a workshop I was leading concluded, the company’s HR director called me on my cell phone. I braced myself for whatever emergency I had imagined she was having: “Oh no, everyone’s grumbling about why they had to take time out of their day to be there.” Instead, I was relieved to hear her laughing on the other end of the line.

“One of my employees just ran in here exclaiming, ‘I just used it! I was just an upstander,’ ” she told me, with obvious pride in her voice. Instead of fostering cynicism, empowering employees to be good bystanders can have a significant impact on morale and fellowship.

Above all, what we find in most of our workshops is that the typical employee really wants to stand up to inappropriate behavior — they’re just not sure how.

Telling employees what harassment is, and the many forms it can take, provides an important foundation, but HR departments can’t just leave it at that — this will only breed disengagement in a time when we need impactful cultural changes in our workplaces. Employees must be given the tools and confidence to speak up when they see something happening, and bystander communication training helps them realize that it is, in fact, “their place” to do so.