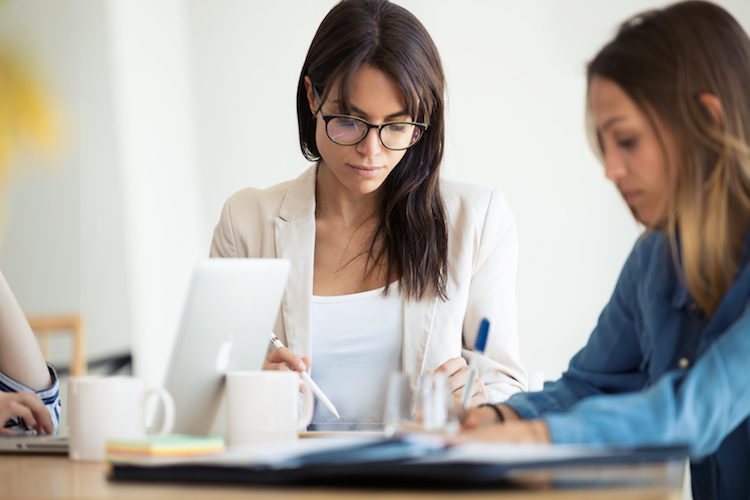 Women are mean to each other — or so we are told

Women often report they are dissatisfied with their same-gender workplace relationships. But external context, not internal qualities, is at the root of women’s same-gender conflicts.

Organizations need to understand why women often report dissatisfaction with their workplace relationships with other women. There is a raft of popular “self-help” books that assume women are fundamentally antagonistic toward one another. These books paint an ugly picture of women’s supposed basic nature: “Mean Girls at Work,” “Working with Bitches,” “Woman’s Inhumanity to Woman,” “The Stiletto in Your Back,” “Tripping the Prom Queen,” “Mean Girls Grown Up,” and “Mean Girls, Meaner Women.”

We believe that this “women are mean to each other” trope is profoundly misguided. We focused our research for our new book, “It’s Not You, It’s the Workplace: Women’s Conflict At Work and the Bias That Built It,” on why women so often report they are dissatisfied with their same-gender workplace relationships. What we found is that women are indeed more concerned about their same-gender relationships than men, but it is not because of some unique female characteristic. Rather, it is because of the biased nature of their workplaces. Indeed, we found that women desire strong, supportive same-gender relationships. But we wanted to understand the persistence of this “women are mean to each other” notion, so we dug into the books in this genre.

All of these books take for granted that women have distinctive female personality characteristics that prompt them to bully other women, spread malicious rumors, behave in two-faced ways, seek to undermine other women’s self-confidence and secretly plot to destroy other women’s professional standing. These books assert that women’s same-gender relationships are obviously shaped by jealousy, envy and competitiveness.

We will explore this claim more fully in a moment. But first, we want to make clear that women and men are not psychologically, emotionally or intellectually different from men. Women’s difficulties in achieving satisfying same-gender workplace relationships have nothing to do with some supposedly unique aspect of the way they “are”—whether because of nature, nurture or both. By assuming that there are fixed, identifiable differences between women and men, these books deflect attention from the substantial evidence that women and men are more alike than different.

As we demonstrate in “It’s Not You, It’s the Workplace,” workplace situations influence people’s behaviors far more than their characteristics. External context, not internal qualities, affect how people relate to other people in the workplace. And external context is at the root of women’s same-gender conflicts.

To return to the “women are mean to each other” trope, three reasons are commonly advanced in support of this notion: evolution, socialization and internalized misogyny.

Proponents of the evolutionary view argue that only the genes of the fittest individuals pass on to the next generation. As a result, women have evolved to be inherently competitive with other women for superior mates and scarce resources needed to sustain their offspring. According to “Mean Girls Grown Up,” this instinct is carried over to the workplace in the “drive to care for and protect your ‘children,’ whether they are real, potential or metaphorical (for example, clients, projects, employees, new business).”

Proponents of the socialization view argue that women’s same-gender antagonism is because women, unlike men, grow up strongly discouraged from openly expressing negative feelings, such as anger and frustration. As a result, their feelings come out in unhealthy ways. “Mean Girls, Meaner Women” asserts that because women cannot openly direct their anger, they “turn on each other.” This tendency is reinforced by women’s reluctance to take their anger out on men who are likely to hold the social and organizational power.

Finally, other authors argue that women’s same-gender conflict is the result of internalized misogyny. They claim that because women grow up being treated as inferior to men, they come to believe they are inferior. And when women believe they are inferior, they also believe other women are inferior. According to “Catfight,” the natural strategy for a woman is to belittle other women and prove “her superiority … [to get] one step closer to the inner circle of men.”

The fallacy underlying all of these arguments is that women and men are different in fundamental ways. This is simply not true. Women’s same-gender workplace conflicts have little to do with evolution, socialization or internalized misogyny, but everything to do with the dynamics of their work environments. In other words, it’s not the women, it’s their workplaces.

Workplaces are highly gendered, which means that, by and large, they are run by men who enforce a culture defined by masculine norms, values and expectations.

With limited leadership positions available, women must compete with each other to advance in their careers. Such forced same-gender competition is a source of conflict. Another source is the gender stereotypes women have about the way women “should be.” Both women and men hold stereotypes that women are and should be kind, pleasant, caring and concerned about others. (These characteristics are referred to as “communal,” which is derived from “community” and “communion.” A woman with communal characteristics exhibits stereotypically feminine traits, such as being nurturing, sympathetic, warm, approachable, understanding, gentle, family-focused, modest and friendly.) Very often, when a woman acts in precisely the same way as men holding comparable positions, other women see her as cold, selfish and unlikeable — even though those women do not have a problem with men acting in similar ways. (Women who behave in this way are seen as “agentic,” which is derived from “agency.” A woman with agentic characteristics exhibits stereotypically masculine traits, such as being aggressive, assertive, competitive, independent, self-confident, strong, forceful, unemotional and risk-taking.)

A third source of women’s same-gender conflict is due to gendered workplaces where women often seek to identify with the men controlling their organizations, according to “Integration or Separation: Women and the Appliance of Organizational Culture,” published in a 1998 volume of Women in Management Review. This forces women to distance themselves from other women.

By understanding the true sources of women’s workplace dissatisfaction with other women, organizational leaders can address the root cause of women’s dissatisfaction: the gendered nature of the organization. By recognizing the situations into which gendered workplaces force women, we can directly address women’s workplace conflicts without mistakenly attributing it to the way “women are.”

Alton B. Harris is co-author of "It’s Not You, It’s the Workplace: Women’s Conflict at Work and the Bias That Built It."

Andrea S. Kramer is co-author of "It’s Not You, It’s the Workplace: Women’s Conflict at Work and the Bias That Built It." To comment, email editor@talentmgt.com.