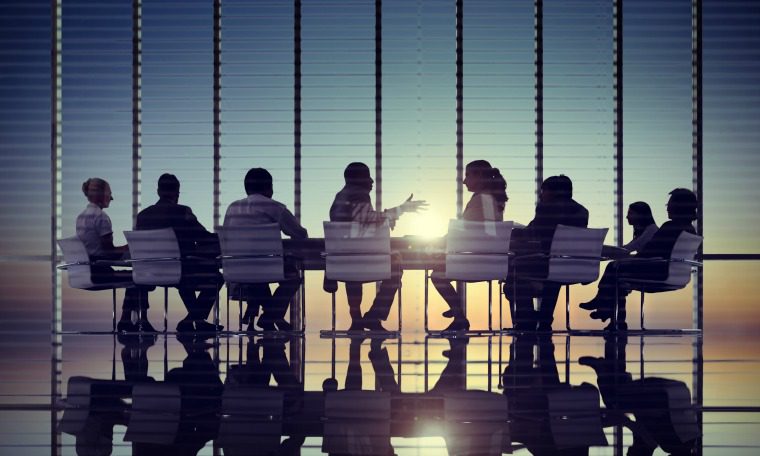 In and out of times of volatility, leaders must be ready for change.

The White House has business leaders on a swivel right now. Ordinarily early in a new year, they’re thinking about strategic planning, getting their workforce aligned around execution and strategically planning scenarios to get a clear sense of what’s likely to happen.

But this is no ordinary year, said Stephen Bailey, CEO of ExecOnline, a company that translates in-person executive education experiences to an online environment for Fortune 1000 companies. Electing Donald Trump as U.S. president brought with it broad uncertainty about his administration’s policies and political impact on social issues and business.

Bailey said this year business leaders have to grapple with a range of potential business scenarios — some friendly, others possibly detrimental — that prove to be exceptionally threatening because their organizations just aren’t prepared for them.

Trump’s penchant for deregulation may have leaders optimistic about their company’s future. On the other hand, a range of scenarios predicated around the president’s political base and “America First” agenda of economic nationalism don’t bode well for some industries. Taken together, these opposing sides of the coin have some leaders feeling out of sorts.

“The idea that change is something that is ongoing as opposed to episodic is relatively new,” Bailey said. “Organizations are certainly familiar with the idea that change is sometimes necessary, but what’s sort of new in this economic environment — particularly with the rise of technology — is that organizations are recognizing that (change agility) is a core competency that they must have all the time and not something they have every number of years when there’s a particular threat.”

According to the “Trump and Leadership” survey conducted by ExecOnline, 78 percent of corporate leaders surveyed said they anticipated making significant changes to their business strategy as a result of the 2016 U.S. presidential election. Further, the areas in which they plan to make changes are widely dispersed, which Bailey said he found surprising.

The survey, conducted between Dec. 16 and Jan. 3, reported only 22 percent of business leaders saying they did not anticipate making any changes to their business strategy. Respondents included 246 executive leaders from more than 50 U.S.-based companies across 17 industries as well as field responses from C-level, senior vice presidents and vice presidents, directors and middle managers.

Bailey said while many organizations may not be ready to make changes — more than 83 percent of leaders have reported employee resistance to change — forward-looking companies are prioritizing scenario planning and focusing on their talent strategy. This talent focus is twofold. Companies are concerned about internal rifts and employee division caused by early positions the Trump administration took on issues like immigration. They’re also focused on mobilizing the right people to help companies weather an especially uncertain and volatile business environment.

Business leaders really have to know their teams, Bailey explained. Different people have different capabilities especially beneficial during different moments in time. Some are more agile than others, for instance. “At a time when change is prevalent, it’s about recognizing the members of your team that have that agility and putting them in positions where they can help pull the organization along and perhaps expanding their scope of responsibility to do so.”

The survey, which features a break-out of leadership activity by industry, shows attracting and developing talent has been a top priority for the technology field since the election. With Trump’s recent executive actions and positions around immigration threatening a cooling effect on a field that thrives on innovations from immigrant talent, technology companies are trying to figure out how they’re going to continue to be an employer of choice in an increasingly global talent market.

In today’s environment, businesses cannot afford to think of agility and change readiness as suitable on an as-needed basis, said Bailey. “It’s an ongoing core competency that will increasingly separate high performing companies from other companies.”

He discussed a financial services client facing change-related issues. If leaders were to quiz their employees on what they should demonstrate as leaders in a high change environment, they’d pass with flying colors, he said. But putting that knowledge into action is another story. Bailey said his company believes action-oriented learning is critical to close knowledge-action gaps. Training is not enough.

Instead this approach should be institutionalized where people work on real world projects, applying what they learn in real time. “As they learn, they do, and as they do, they build that muscle and ultimately become more effective leaders,” he said, adding that this approach means having the right people engage in learning and having the right training and development model in place.

Identifying the “right” people spans employee levels and involves assessing employees around their natural proclivity for adapting to change, such as their agility and their ability to be analytical. Taking action begins with leaders being honest about where they are and knowing where their employees are. Once that’s done and people have been identified, leaders should start organizing talent to execute accordingly — placing them into positions to lead project and day-to-day execution teams. These roles may not be formally tied to the organizational chart but are nonetheless critical to drive change.

Business leaders may feel like they’re scrambling for answers right now, but the answers are likely sitting within view. Between 20 percent and 25 percent of a large company’s workforce are agile-first, Bailey explained. It’s just a matter of identifying them and putting them in the right positions.

When faced with a future filled with uncertainty, a person’s natural inclination is to cling to what is known and familiar. In the case of business leaders, that could mean tightening their grip on the traditional command-and-control approach. That is a mistake.

A better more effective response is to identify and play to the strengths required now. “It’s about identifying the individuals that are going to be the most comfortable with change — your early adopters; empowering them and helping them carry a message versus trying to push top down purely in a command-and-control style that might have worked 20 years ago.”