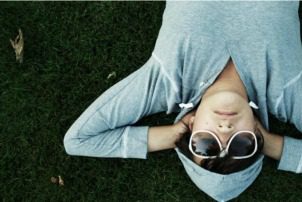 How Sleep Affects Performance — And What Companies Can Do

Companies nowadays are increasingly committed to helping employees quit smoking, lose weight, become more fit, and improve sleep and rest. Among all the wellness-related efforts companies are taking on, sleep is arguably the most important. Lack of sleep and fatigue contribute to both performance deficits and bottom-line costs for companies.

For example, a review of 182 major accident investigations by the National Transportation Safety Board between years 2001 to 2012 found that 20 percent of participants identified fatigue as a probable cause, a contributing factor or single finding. Additionally, research from Harvard University has estimated that, for the average U.S. worker, insomnia results in the loss of approximately 11.3 days of productivity each year, representing a total loss nationally of about $63.2 billion.

Others companies — such as Ben & Jerry’s, Capital One Labs, Google Inc., PricewaterhouseCoopers and Zappos Inc. — provide napping pods and dedicated rooms for employees to catch up on sleep while on the job.

Across an 85-year lifespan, an individual may sleep nearly 250,000 hours, or more than 10,000 full days. Yet, many of us in the “always on” world of work report being chronically fatigued and sleep deprived, despite our circadian rhythm and pressure to get adequate rest and sleep.

Harvard’s sleep medicine expert Charles Czeisler has said that over the past five decades, the average amount of sleep we get on work nights has decreased by an hour and a half, to a little less than 7 hours from 8.5 hours. A 2014 analysis of sleep by the Centers for Disease Control and Prevention of 444,306 adults across the U.S. found that more than one-third reported getting less than 7 total hours per day.

In a random sample of 1,326 working adults, we found that 36 percent reported “often” or “always” receiving less sleep than required because of staying up too late or getting up too early. Almost 22 percent reported being tired during the day because of poor sleep quality. Finally, slightly more than 8 percent reported missing an entire night or large proportion of sleep because of work or play activities in a month.

Moreover, a 2011 sleep study by researchers from University of California, San Diego, reported results over a four-year period, which included 459 women. Of the group, a total of 358 women participated in follow-ups and a total of 86 individuals had passed away. Women’s sleep patterns were monitored each week using wrist-mounted activity monitors worn at night. Women who had slept longer (more than 7.5 hours) or shorter hours (less than 6.5 hours) were significantly more likely to have died during the study compared to women who had slept a moderate length.

Although it is not completely clear why short and long sleepers might have impaired health, some hints come from research involving 525 middle-aged people participating in the 2011 Morehouse-Emory Partnership to Eliminate Cardiovascular Health Disparities study. Participants who reported 6 or fewer hours of sleep had significantly elevated levels of three important inflammatory markers — fibrinogen, IL-6 and C-reactive protein — which are all risk indicators for coronary heart disease and stroke.

Lack of Sleep Decreases Your Performance

Studies from Henry Ford Hospital Sleep Disorders and Research Center’s Timothy Roehrs have conclusively shown that the less sleep we get, the worse we perform on psychomotor vigilance tasks, recall tests and our ability to concentrate.

Research from Ann Williamson and colleagues from the University of New Wales, Australia, have shown that only 2 hours less sleep than you normally need is enough to impair your memory and mood as if you’ve been drinking two to three alcoholic beverages. What’s more, getting 4 hours or less is equivalent, in terms of performance, to being legally drunk in most U.S. states (.10 blood alcohol concentration).

Even small amounts of lost sleep produce measurable outcomes. For example, four consecutive nights of only five hours of sleep per night hinders physical and cognitive performance to the same degree as blood alcohol content of .06.

Research by David Dinges, a noted sleep expert and head of the Sleep and Chronobiology Laboratory at the University of Pennsylvania, found that sleep deprivation and poor performance are intertwined. Using a Psychomotor Vigilance Test as a performance measure, he found that those who had a full 8 hours of sleep hardly had any attention lapses and little or no cognitive declines over a 14-day study. However, participants who slept for only 4 or 6 hours a night had results that declined steadily with almost each passing day despite subjective reports of being alert and able to concentrate effectively.

Research from Matthew Walker and colleagues at University of California at Berkeley using MRI technology helps explain exactly why sleep-deprived employees are often seen as moody, impatient and irritable. In the 2007 study, half of the 26 participants were kept awake for 35 hours straight and the other half were allowed a normal night’s sleep. All of the subjects were hooked up to an MRI and shown a number of images while the researchers monitored what happened in their brains as each image were shown.

The sleep-deprived subjects showed significant activity in the amygdala — the section of the brain that puts the body on alert to protect itself and influences memory and emotions — as well as slowed activity in the ventrolateral prefrontal cortex, which influences logical reasoning and willpower. On the other hand, subjects who got a full night of sleep showed normal brain activity. It appears that the ability to manage emotions and curb self-control is significantly compromised directly due to sleep loss.

Two other studies, also at UC Berkeley, support the notion that lack of sleep can contribute to making you less emotionally intelligent. In the first, researchers took 37 healthy participants and randomly assigned into a sleep control or sleep deprivation group where they were asked to recognize the intensity of human facial emotions, an important aspect of emotional intelligence.

Participants who were sleep deprived had significant blunting in the recognition of angry and happy affective emotions, and these differences were most pronounced in female participants. The good news was that the deficit in ability to accurately discern the correct identification of emotional expressions by others was completely restored following one night of recovery sleep.

In the second study by Andrea Goldstein-Piekarski and colleagues, 18 healthy young adults viewed 70 facial expressions that ranged from friendly to threatening, once after a full night of sleep and once after 24 hours of being awake. Researchers scanned participants’ brains using functional magnetic imagery, or fMRI, and also measured their heart rate variability.

Brain scans confirmed that the sleep-deprived participants were unable to accurately distinguish between friendly and threatening faces. The inability to recognize and react to emotional expressions of others is an important facet of emotional and social competence that appears to be highly related to quality and quantity of sleep we get each night.

Lack of Sleep May Create Bossholes

Several studies, including one of Envisia’s, suggest that lack of sleep can bring out the worst in bosses converting “lovable stars” to “competent jerks.” Gallup’s 2015 “State Of The American Manager: Analytics and Advice For Leaders” suggested that only 1 of 10 managers have the right “stuff” to lead effectively, so any evidence that sleep contributes to bad boss behavior is not going to be good news.

A study by Jane Gaultney, professor of psychology at the University of North Carolina, explored weekend to weekday sleep differences in 379 business leaders. She found that leaders who had the biggest change in weekend to weeknight sleep quantity received significantly lower evaluations on their leadership effectiveness from colleagues and peers.

Another study by Christopher Barnes, associate professor at the University of Washington and colleagues, found that daily sleep quality — but not quantity — directly influenced the leader’s self-control and those who were sleep deprived were rated as significantly more abusive and toxic in interpersonal interactions.

Envisia’s research about 100 senior leaders found that lack of sleep was significantly correlated with lower scores on a validated measure of emotional intelligence. The sleep-deprived leaders were seen by peers and colleagues as demonstrating significantly less empathy, warmth and interpersonal effectiveness relative to leaders reporting little or no sleep loss over a three-month period.

Especially for organizations, it is challenging to directly influence employees’ sleep behaviors because this activity primarily occurs outside work hours and is not easily affected by work interventions. But the cost of lack of sleep is too important for companies to ignore given the direct negative effects it has on safety, accidents, performance, employee engagement and health.

Companies today should consider some of the suggestions below to enhance employee well-being and help employees cope with today’s wired and “always on” mode contributing to lack of sleep and serious fatigue deficits on the job. Each of these may have a tremendous return on investment in both in terms of financial and performance outcomes.

Learning for the future at Dell