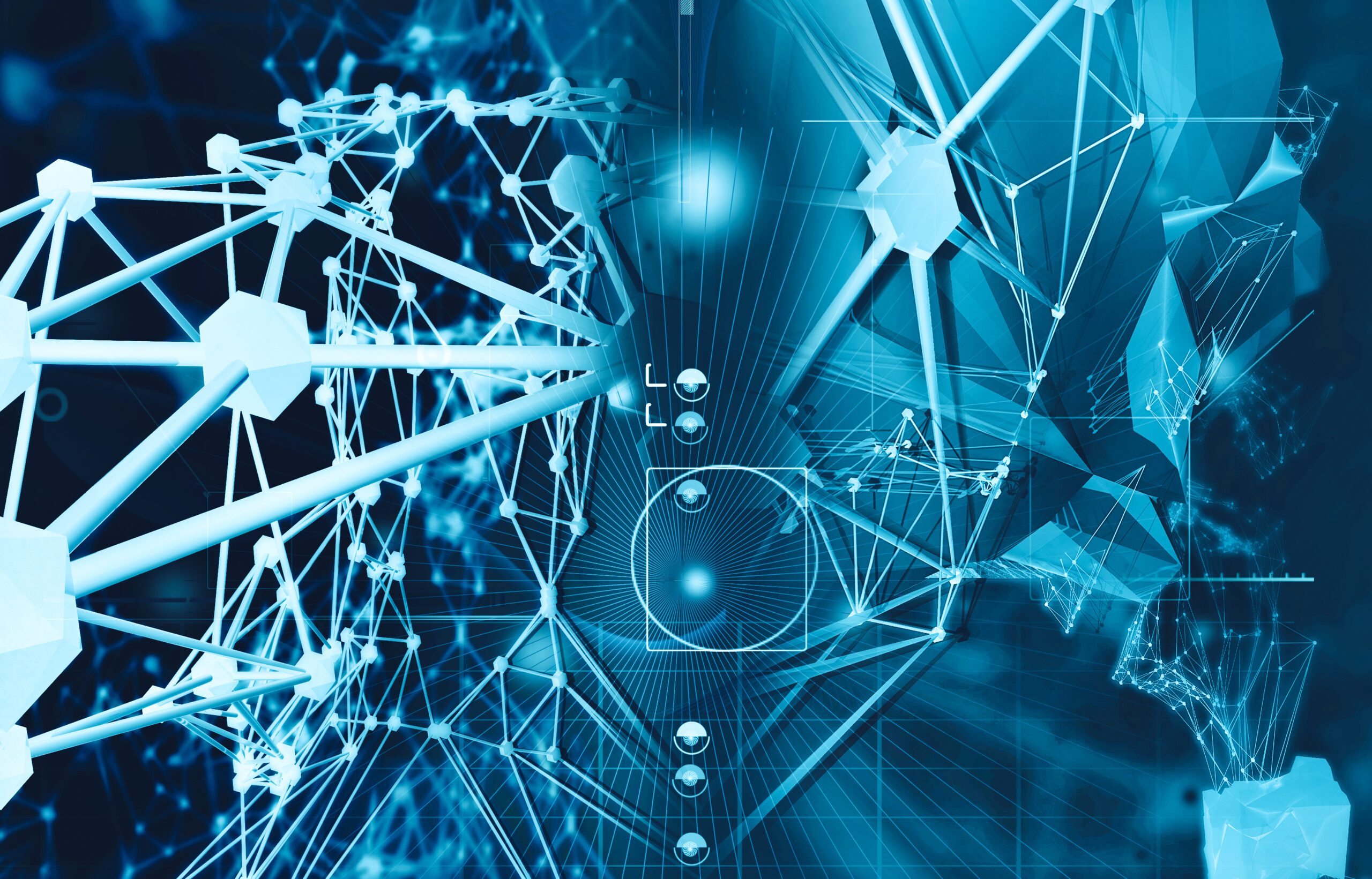 Booz Allen Hamilton Inc. prides itself on being able to bring cutting edge technology and talent to its clients. The century-old management and technology consulting firm has more than 22,000 employees managing dozens of strategically important projects — many of them for government agencies — and all of them require highly skilled computer scientists, engineers, analysts and other technical experts to execute. “Having talent with the skills to innovate is a driver for our business,” said Aimee George Leary, strategic talent officer and senior vice president at Booz Allen Hamilton.

Yet, keeping up with this talent demand is increasingly difficult. The volume and complexity of data management and data science expertise required on client projects often exceeds the skills available in the company’s ranks. Further, Ashley Lanier, program manager in the company’s strategic innovation group, forecasts a long term demand for these skills. Competition for this kind of talent is intense, and universities aren’t graduating enough experts to fill the need. “Without qualified data scientists, business leaders don’t trust the information they have available to make decisions,” she said. “The talent we needed didn’t exist in the marketplace, so we decided to build it.”

Their solution was Tech Tank, a yearlong learning and development program targeting high-potential junior employees at Booz Allen who have the basic skills to succeed in technical roles but need more development to get to the next level. The program would provide these high performers with a foundation of knowledge as well as access to like-minded peers and senior staffers who could help them forge a data science career path at the company.

“We started by identifying the desired outcome — what do we want them to achieve once they graduate? — then we worked backward from there,” Lanier said. The primary goal was to create a pool of trained apprentice-level data scientists who could move quickly into client-facing roles. The team determined that a boot camp-style program wouldn’t be enough; candidates needed intensive training to translate their basic math, science and computer skills into data science expertise. “Our clients don’t need someone with two weeks of training in Python, they need experts.”

So the company built a 12-month intensive program, with a cohort-driven approach where small groups could move together as a team through the curriculum. Lanier’s team designed the program in nine months, hosting weekly meetings with key stakeholders to set goals, develop curriculum, and identify mentors and teachers. In late 2014, they began recruiting.

To determine who would participate, the team reviewed the employee population to identify possible candidates based on their education, skills and background, then they invited business unit leaders to nominate who they thought was a good fit. Nominees then had to complete a detailed application explaining why they wanted to be part of the program and why they thought they were qualified. The team was looking both for skills and ambition in these applications, said Kristen Panichella, senior associate and recruiting manager for the innovation group. “They had to be enthusiastic because it was a big time commitment.”

The Tech Tank team also required managers to create engagement plans outlining how they would support employees in the program, including projects or clients the candidates would get to work with during the year and how they might be promoted when the program was over. “We wanted to be sure the participants would have the opportunity to use what they learned on the job and to move into data science roles when they graduated,” Panichella said.

Welcome to the Shark Tank

The team received 146 names, 70 applications and made 26 offers for the pilot program. Six candidates dropped out when they saw the amount of work required, and the other 20 completed the program.

The pilot included two tracks: math and computer engineering. Both tracks had a series of requirements for participants to complete, including hundreds of hours of custom-built online courses, vendor-created courses and classroom training covering the Booz Allen approach to consulting, programming with Python, and a 40-hour certification course in cloud computing. Participants also had to complete four real-world data-driven projects, which differentiated Tech Tank from other training programs, Lanier said. “They weren’t just doing busy work assignments; they were contributing to the business.”

Every quarter during the year, Tech Tank participants worked on one of the four projects, often partnering with other students and subject-matter experts in the company to complete the assignments. In the first, participants develop an idea for a three-minute tech talk that they could deliver to a group of Booz Allen subject-matter experts. Each participant had to come up with an idea, do the research, develop a two-minute pitch, and answer questions from a panel.

In the second project, each team develops an idea for a hackathon where participants would use a set of fictional data to solve a problem. Andrew Heekin, who followed the computer science track in the program, co-developed a hackathon to determine where to open a new “Allen’s Burgers and Booz” restaurant for maximum sales using Python and a synthetic data set. His project was later used as a recruiting exercise on college campuses. “That was a great perk,” Heekin said.

In the third project, Tech Tank participants worked with in-house experts to develop ideas for real-life clients that they pitched to “Solver Space,” a Shark Tank-style panel in the innovation group open to all Booz Allen employees. Winning ideas receive funding for further development.

Pilot participants also contributed to the Boston Olympics pitch and on projects for NASA. “Most of them had never had a chance to work on something like that,” Lanier said. “It helped develop their leadership, communication and presentation skills and improve their technical abilities.”

The final project was the Hackathon for Social Good; teams partnered with a nonprofit group using their data to host a hackathon where Booz Allen employees could volunteer to help address a specific need. For instance, one team worked with Lollypop Farm, a rescue boarding kennel in Rochester, New York, to identify adoption trends that would find animals new homes faster. Using data they found that:

Women adopt shelter animals at a higher rate than men.

While dogs of all weights are adopted at around the same rate, pit bulls spend an average of 20 more days at a shelter than Labrador retrievers.

Each letter in a cat’s name adds a quarter of a day to the time the cat will spend in a shelter.

The other team worked with Polaris, a nonprofit to prevent human trafficking, where volunteers used multiple data sets to develop automated approaches to predict whether massage businesses are illicit or legitimate based on registered business names, and create mapping networks of massage businesses that provide commercial sex.

Being able to participate in something so meaningful was important to this process, Panichella said. “Millennials especially want to be involved with projects that matter. It speaks to the motivation of this generation to have an impact on the community, and we wanted to tap into that.”

By all accounts the first Tech Tank program, which was completed in December 2015, was a success. Participants spent an average of 2,800 hours in the program. That included 275 hours of optional training completed on their own time, which Lanier attributes in part to the use of gamification and leaderboard ranking. “They are very competitive and the gamified incentives helped drive engagement.” They also spent roughly 1,000 hours on core curriculum training, 952 hours on activities and check in, and more than 400 hours with mentors — all while balancing their full-time jobs.

It was a lot of work, but it paid off. Leary said 25 percent of the first cohort were promoted to new roles in the first few months, including Heekin, who is now a senior consultant. “There is no doubt the effort we put into Tech Tank lead to my promotion,” he said.

Program participants also have high engagement scores and retention rates. One of the key engagement drivers was the networking opportunities participants had throughout the yearlong program, said Kayla Janos, a participant in the math track who was also promoted to senior consultant when she graduated. “Tech Tank helped me build real relationships with people I can work with in the future, and it opened my eyes to different parts of the company. That was the best part of it for me.”

Enthusiasm for a career at Booz Allen was exactly what executives were hoping for. “Retention of this kind of talent has a direct impact on our bottom line,” Leary said. “We can’t support our clients if we don’t have the talent.”

For companies interested in replicating the program, Leary said to secure executive sponsorship, get commitment from experts across the company to teach and mentor participants, and understand the time and energy it will take to pull it off. “You have to be realistic about the time commitment, for students and the functional experts supporting them,” she said.

It also helps to find someone like Lanier who will commit to achieving program results. “Ashley was the key component to making Tech Tank the success it was,” Panichella said. “She created the team environment, she got sponsors engaged, and she kept everyone on track. That role is imperative to making a program like this one work.”