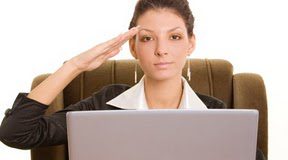 Sodexo learning events span several weeks and usually focus on a theme, such as operational excellence. Related content is provided in booths in a virtual expo. Courtesy of Sodexo

Sodexo provides food and facilities management services to thousands of customers globally. Its more than 400,000 employees operate in 80 countries each day, delivering everything from meals to comprehensive employee benefits and reward programs.

In 2009, given the economic downturn, the group’s management began to experiment with alternatives to costly and time-consuming live meetings.

The company held its first virtual meeting in June of that year, and initial feedback was positive. Because of this, Sodexo began to explore how virtual meetings and online learning could reduce cost and add value to corporate learning.

An immediate and ongoing need for summertime learning was identified. Summer is traditionally a time when the education market reorganizes and implements new concepts and programs because schools and colleges are not in session.

Further, a portion of Sodexo’s management workforce is usually on summer layoff status due to the academic calendar.

Before 2009, employees working during the summer were required to attend live training, while those on layoff status were given catch-up training upon their return to work in the fall.

While the virtual meetings were successful in terms of employee convenience and cost avoidance on travel, the company wanted to do more to provide easier access to learning content for seasonal workers.

Sodexo’s learning team sought feedback and made some changes and enhancements for 2010, laying the groundwork for more learning and its virtual learning environment (VLE).

Education Market Summer Training
In 2010, Sodexo morphed the virtual meeting into an online education strategy. The target audience for summer training was more than 4,500 U.S.-based managers scattered across the U.S. and international guests.

More than 90 percent of Sodexo’s managers registered, and the live kickoff was held during the first week of June.

The training was structured as a three-month event, and Sodexo uploaded new material every two weeks throughout June and July.

The environment was also active during August, when the company hosted special guests to lead manager development activities and provide subject matter expertise.

During the 12-week period, Sodexo held more than 70 Q&A sessions with experts. It offered more than 2,700 webcasts with Q&A sessions, and webcast views totaled 50,168.

Further, participants viewed 9,322 documents and attended more than 3,082 scheduled chats. Managers who were not working during the summer had access to all of the latest learning and career development information on-demand.

Follow-up surveys revealed that managers responded positively to the experience, and when compared to single class e-learning benchmarks, the sessions were above the benchmark for “usefulness of materials” and “learning effectiveness.”

Users also ranked the experience significantly above the benchmark for job impact and knowledge gained. Of the registered participants, 81 percent were active in the online environment, and the use of private chats and emails exchanged within the environment spiked during the summer.

Sodexo estimated direct cost savings of $1.4 million in meeting-related expenses by switching to an online platform.

Its benchmarks indicate that live training costs more than $325 per person for internal facilitator-led classes, with live classroom training at an additional $150 to $175 per person. Sodexo’s total cost to produce the online event was $83,000 for 4,554 managers, for a per-manager cost of $18.23.

Pleased with summer 2010 virtual meeting results, the company decided to replicate the process in January 2011 and created “Show Your Sodexo Spirit” — a themed learning event for winter 2011.

The theme was built around a competition between employees. Employees submitted profiles about how each business unit “makes every day a better day” for clients, customers and employees.

The objectives included reinforcing the brand and promoting the company’s message, while allowing participants to create original, high-value content.
Forty-seven submissions were received, and executives said they were empowered to connect and engage with their teams.

Senior leadership followed the submissions, and the virtual event helped the company reinforce its brand and mission with global employees.

Demonstrated success from 2009 through 2011 meant it could justify expanding the program’s scope and mission. Sodexo created its own virtual learning environment in 2012.

Now its goal is to bring employees within the geographically dispersed education market division together in the virtual environment to communicate, reinforce corporate strategy and share learning.

Virtual learning environments are typically made up of multiple components, selected to facilitate specific learning and development activities. To create a sense of place, Sodexo’s VLE incorporates renderings of the company’s North American headquarters building and the following features:

• An auditorium to view webcasts and listen to updates from senior management.

• A President’s Club area, where team members are recognized for their successes.

• A resource center with downloadable content that features background documents on policies and procedures, HR forms and marketing materials.

• A communications center through which visitors can network and share information with peers.

• An idea widget, integrated with other areas within the VLE, to enable brainstorming and collaborative problem-solving.

The company has found that learning outcomes improve by offering blended options, recognizing there are many learning styles and solutions to support them.

As a blended learning environment with a variety of different learning opportunities, Sodexo’s VLE is not used as a portal for all corporate learning on its LMS.

Rather, it includes a limited number of courseware modules, as well as live and recorded learning sessions, selected for their tie-ins to event themes.

For example, one of Sodexo’s multiweek learning events within the virtual learning environment may incorporate a larger portion of e-learning; another may focus on live events and presentations. A typical scenario for a given learning event offers learning in two to four waves to keep interest high, which encourages employees and managers to return to the VLE.

Each wave has a unique theme that aligns with learning objectives such as operational excellence or business acumen. Sodexo found that a central theme is important because it keeps participants focused and gives them a common business-oriented goal to work toward.

Even after the live portions conclude, Sodexo reserves the VLE, complete with recorded presentations and courses, until the next event is held months later. This enables employees to revisit the content as needed and facilitates new-hire onboarding.

The VLE also provides managers with the tools they need to help the company successfully execute strategies.

For the most recent training this year, the company recorded the following statistics: 3,201 attended live Q&A sessions; 7,997 webcasts viewed; 100,047 views of 120 documents; 1,194 e-learning programs completed; and 31 activities per learner average.

In benchmarking surveys conducted by Sodexo’s learning team, more than 70 percent of employees reported they gained new knowledge and learned new skills through the VLE.

The same percentage said the scope of the materials met their needs, and anecdotal feedback has been positive, as employees can now complete learning requirements remotely on their own schedules.

Further, the company has found the virtual learning environment offers a unique way for senior leadership to connect with all members of its decentralized workforce and deliver effective communication and training while fostering engagement among colleagues.

Sodexo learning executives said they understand that the VLE format requires concise and targeted content to hold learners’ attention, but are pleased it offers immediate reach as well as clarity and an unfiltered connection to senior leaders.

Michele Suprunowicz is senior director of talent management and development for Sodexo. She can be reached at editor@CLOmedia.com.