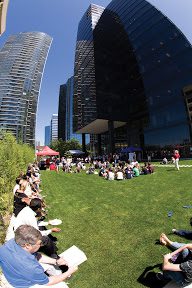 Learn how Expedia Inc. ditched ratings and reinvented its performance management program with a focus on ongoing feedback.

SNAPSHOT:
Expedia Inc. ditched ratings and reinvented its performance management program with a focus on ongoing feedback. Through brainstorming and role-play, managers learned how to give productive feedback to enhance employee performance.

The performance management system at Expedia Inc., an online travel company with more than 140 travel booking sites in nearly 70 countries, needed a makeover. Ratings were the center of many annual review conversations, and whether a rating was good or bad, it drove everything, said Jane Takushi, Expedia’s senior manager of global performance and engagement.

After surveying Expedia managers and employees and reviewing industry best practices, senior leaders decided to institute a performance management program based on informal ongoing feedback — positive and corrective — to enable employees to continuously improve, rather than focus on ratings.

But such a monumental shift required training managers and employees to rethink how to give feedback in specific, actionable language so employees could easily understand what they needed to do.

“We had to train them on performance coaching and giving quality feedback in the moment, focused on behaviors and not attributes, using verbs and not adjectives to describe competencies,” Takushi said.

In June 2012, Expedia hired Oxygen Learning to develop and facilitate a training program to usher in the new performance management program, Passport to Performance, before the end of the year. That required trainging 1,400 managers in five months.

Time to Get Started
To expedite program development, Oxygen Learning hosted a one-day design workshop with Expedia’s project steering committee and implementation teams to flesh out the learning objectives for the program and each supporting module. Four just-in-time modules were developed — two half-day modules, one two-and-a-half-hour module for managers and one half-day module for individual contributors.

The first module, “The Journey Ahead,” was an overview of the new performance management system and how managers were going to be its change agents. The second module consisted of managers brainstorming and role-playing performance-based conversations in which they learned how to give appropriate feedback to their direct reports. The third module was an explanation of Expedia’s compensation program and how it aligned with those performance-based conversations. The fourth module was directed to help individual contributors participate in the new performance management system and to enhance the company’s mission and their careers.

“The modules were rolled out in line with the overall performance management process, so managers learned what they needed to when they needed to,” said Juliana Stancampiano, Oxygen Learning’s chief executive officer. “For example, they learned about compensation allocation just before they had to do it as opposed to months before, which they wouldn’t remember when compensation planning was happening.”

In the first module, managers learned how to rethink the types of competencies they wanted employees to master by aligning them to Expedia’s stated values: “We’re passionate about travel, we are innovative and we are enterprising.”

“When developing the new performance program and describing competencies, we looked at what the values looked like if someone was living them,” Takushi said. “What does an enterprising person actually do? How do they behave? We eventually landed on three core competencies centered on adding business value, communication and helping the team win.”

In the first module, managers brainstormed the types of skilled behaviors they wanted employees to exhibit that demonstrated desired competencies, such as adding business value, Takushi said. Managers also were encouraged to think of the types of unskilled or overused behaviors they didn’t want, such as when an employee drove for results in a way that damaged business relationships, ultimately failing to add business value.

Managers also were urged to stop using adjectives to describe desired behaviors, such as “be proactive,” Takushi said. Instead, they were encouraged to use more verbs to describe the behaviors they wanted to see in employees, such as “thinking through what could happen and planning before something becomes an emergency.”

Successful performance at Expedia was now described as “what” plus “how.” The what was the employees’ goals — business results they were expected to deliver — and the how was productive behaviors aligned with the competencies. Because both determined successful performance and ultimately rewards, it was essential to train managers to coach to both. Individual contributors performed similar exercises in their module, and were encouraged to speak up if they did not get the feedback they needed from their manager. That way, Takushi said they could get the most out of the performance management program for their own careers.

A Learner-Centric Program
To make the training program most effective, the modules were designed to be learner-centric. Instead of subject-matter experts lecturing to participants, facilitators engaged them to brainstorm and role-play to discover the answers as a group.

“We know from adult learning theory that adults really like it when you acknowledge the fact that they are adults who have experience and they know some stuff, and want to build on it,” Takushi said. “The design of this program really did just that. The activities kept them engaged and really honored their knowledge and experience. Some of their assumptions were challenged, but it was done by other learners in a respectful manner.”

To facilitate brainstorming and role-play, Expedia situated the classroom chairs in a U-shaped format, with no tables or laptops, just flip charts with visual diagrams to engage participants in their learning. Stancampiano said using flip charts stimulates better recall, compared to passively learning with PowerPoint presentations.

“When you teach your 3-year-old to ride a bike, you don’t use a PowerPoint, you show them the bike, all of the different components, slowly help them on it, and eventually let go and let them ride it themselves,” she said.

For the kinesthetic learners, the company provided workbooks to allow them to write information for better recall. Music also was used to help participants focus and remember the concepts they were learning.

With the U-shaped classes, participants also were able to challenge each other. One manager had previously worked at a company that used both ratings and rankings, from best to worst, and he continuously repeated how he really liked ratings because he felt numbers were more objective and fair.

“But the problem with that is it’s still someone’s opinion, and someone’s judgment expressed in a 3-point, or 5-point or 17-point rating scale,” Takushi said. “I could see there were some of his peers who were getting frustrated with his consistent marketing of rating and ranking people, and after the fifth comment extolling the virtues of ratings, one of his peers said, ‘Dude, let it go. It’s over. We’re not using ratings anymore.’”

Thumbs Up From Participants
Feedback about the training program from managers and employees has been positive, Takushi said.
One email from a technology manager said, “This was the best review experience ever! It was great to go in not having to think about the rating.”

Another email from an individual contributor said, “Working from the competencies for both [my manager] and I was really useful. We ended up in complete agreement on strengths and areas of improvement. … Thinking about this process, I believe we are striving for an ‘enlightened technocracy.’ Enlightened: Having knowledge and spiritual insight. Technocracy: The governance or control of industry by an elite of technical experts. I am excited for the future of our team.”

Further, 87 percent of employees think the behaviors the company expects from them are aligned with company values and help employees understand how work gets done. Sixty-one percent think the program improved the way the company manages performance.

“This was not straight out-of-the-box management training. We really wanted our managers to become change agents, and they did,” Takushi said.

Katie Kuehner-Hebert is a California-based journalist. She can be reached at editor@CLOmedia.com.

Katie Kuehner-Hebert is a California-based journalist. To comment, email editor@talentmgt.com.