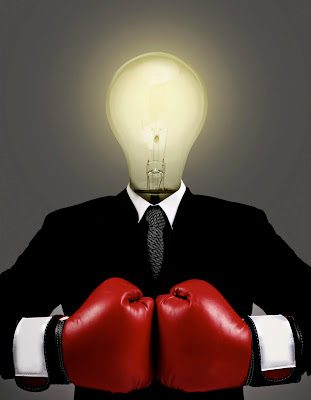 No company mandate can ensure employees avoid workplace conflicts completely, but they can be trained to resolve conflicts more quickly and effectively.

Organizational conflict of one type or another is inevitable. In today’s business climate where speed, agility and innovation concerns are prominent, conflicts among employees, teams and divisions have accelerated. Add the new realities of globalization — which have resulted in workforce characterizations related to cultural and generational diversity — and the potential for conflict expands even more. When organizations understand that conflict is a naturally occurring characteristic of human interaction, they can prepare for and even learn to leverage conflict in the workplace.

In the nuclear power industry, every plant plans and executes periodic refueling outages. During these outages, the fuel supply is replenished, safety inspections are completed, and maintenance is performed that can’t be done during normal operations. Plant personnel carefully craft plans to ensure maximum performance while practicing safety first. When outages run longer than planned, the plants aren’t generating power for consumers and the financial impact on the utility is massive. Under these conditions, workforce stress runs high and conflicts develop rapidly.

Like many nuclear plants, the Palisades Nuclear Plant in Covert, Mich., constantly looks for opportunities to improve its outage performance. In late 2008, the Palisades leadership team embarked on a formal quest to identify communication, interaction and problem-solving challenges during refueling outages. In the past, leaders focused on technology and equipment concerns as the most obvious opportunities for improvement. Adding the human element to the search enabled the company to investigate additional ways to improve performance.

• Improving coordination among teams that must work together on planned activities.

Cool Down, Slow Down, Engage

In August 2008, Palisades conducted a series of on-site interviews and analysis to identify the areas of greatest opportunity, which resulted in the development of a three-day workshop series designed to teach methods of handling conflict confidently, in ways that also could improve performance. During these classes, outage team members completed assessments, participated in exercises, and practiced constructive approaches to conflict.

The “Cool Down, Slow Down and Engage” model provided participants with an easy way to address conflicting views on the spot as well as during team meetings, shift changes and handoffs.

• Cool down requires that employees work to manage their own emotions.

• Slow down ensures that employees take extra time to regain balance and reflect on what is happening.

• Engage means that employees constructively interact with one another.

As team members learned to use the model, they became more effective at managing themselves and working with others. “Outage team members really embraced the concepts of constructive conflict,” said David Rogers, site vice president coordinator. “You could see that team members were discussing tough issues with more confidence.”

The model also is useful in other industries and organizations. Before using it, however, it can be helpful to understand more about the dynamics of conflict and an individual’s response to it. While most people recognize conflict as inevitable, they usually view it as something negative to be avoided. This is often because they are experiencing relationship conflict, which involves searching for someone to blame rather than resolving the problem. Relationship conflict can result in strained peer interactions and can reduce innovation and productivity.

However, many people recognize that conflict can have positive outcomes. When individuals address conflict by exploring differences and collaboratively working to create solutions, better decision making and improved project implementation often follow. Talent managers can get good outcomes from conflict while avoiding the downside, but the answer largely depends on how employees respond when faced with conflict — some behaviors lead to constructive outcomes, while others may cause things to spiral out of control.

Talent leaders and the employees they support should work to learn more about how they currently respond to conflict. Through interviews and the use of behaviorally focused assessments, they can discover conflict triggers, and then reflect on their typical responses. This helps to clarify which responses work well and which ones need to be adjusted to achieve more productive outcomes.

William Rusak, former executive vice president and chief human resources officer at Corrections Corporation of America (CCA), said understanding conflict is critical to improve employees’ ability to manage it, particularly in the corrections field. He launched a leadership program in 2008 for CCA’s management that focused on dealing with conflict more effectively. “Better self-awareness about reactions to conflict helped our senior staff alter ineffective behaviors that had been contributing to destructive conflicts,” Rusak said. “It improved interpersonal relationships, enhanced teamwork and [reduced] distractions.”

Much of the literature on conflict management focuses on how people should behave when they face conflict. While this is important, a necessary prerequisite is the ability to manage one’s emotions. As long as a person is under the grip of strong negative emotions, he or she will find it difficult to use constructive conflict responses.

People may admit they have emotions in response to conflict, but they are often reluctant to express them for fear of looking weak. Organizational norms rarely support sharing emotions in conflict settings. It is as though there is a large invisible sign at the front door that reads, “Check your emotions here.” Yet suppression is often the worst strategy to regulate emotions.

The connection between emotional intelligence and effective conflict management also is important. Improved self-awareness about conflict triggers or hot buttons is a first step, and self-management skills also are critical. An article in the February 2010 issue of the Journal of Cognitive Neuroscience, “The Neural Bases of Distraction and Reappraisal,” discussed the use of reappraisal or reframing techniques to help lessen the intensity of negative emotions. Research has shown the use of centering techniques also is practical and effective.

These processes can help a person cool down — for as long as necessary — and regain emotional balance before interacting with other parties in a conflict and taking the next steps. Developing individual approaches to manage emotions is essential, and training can help, such as the use of assessments and exercises to improve awareness of emotional states.

Once those experiencing conflict have cooled off and slowed down enough to lessen the impact of their emotional responses, the final step in resolving conflict is to engage constructively with one’s conflict partner. Several key behaviors are beneficial for constructive engagement and can be practiced using instruments such as the Conflict Dynamics Profile as well as classroom exercises and facilitated feedback sessions.

Considering someone else’s perspective is perhaps the single most powerful action one can take to manage conflict. This involves the suspension of arguing or advocating for one’s own thoughts, feelings or position. Instead, the primary objective is to demonstrate understanding from the other party’s point of view. In the heat of conflict, this can be challenging — but the payoff is that the conflict partner feels heard, understood and valued. Being willing to listen to the other party can open up more satisfying options than were apparent at the beginning of the discussion.

Other constructive engagement approaches include reaching out, expressing emotions and creating solutions.

Reaching out involves making the first move to reengage in a difficult discussion that has broken off. This may include an expression of regret that the initial discussion wasn’t productive. Most importantly, one party or the other has to take the initiative to begin talks again; the majority of conflicts will not resolve themselves.

Expressing emotions means being honest, straightforward and clear during a conflict discussion. This may include describing one’s thoughts and feelings rather than acting on them. Instead of denying that you feel upset, a more appropriate response might be, “Yes, I am upset, and I wish we could resolve this issue.”

Creating solutions is probably the easiest engagement behavior to embrace. When two or more parties in a conflict apply sound approaches to their differences, rewarding resolutions are often available. The key is to reserve rational problem solving until all parties have cooled off and slowed down enough to act logically.

Communication efforts are crucial to reach out to stakeholders throughout the process to answer questions, solicit input and develop support. It is also important to have high-level supporters, such as CLOs, who will stand by the effort for the long haul and champion the process.

Technical and political hurdles during these kinds of change efforts can be daunting. According to David Lipsky, co-author of Emerging Systems for Managing Workplace Conflict, “People will only champion new approaches to organizational conflict management once they are convinced that they support the strategic directions of the organization.”

A good example of this approach can be found at Con Edison in New York. Robert Damato, Con Edison’s section manager for conflict resolution and performance management, said, “Our current conflict training efforts closely support a number of strategic company initiatives, and it has helped make the programs more effective.”

Initial buy-in is critical, but developing new cultures and systems is a long-term project with effective plans implemented over a number of years. Ongoing communication and support will be required to create lasting change that will support individuals’ conflict competent responses.

It Makes a Difference

In late October 2010, the Palisades Nuclear Plant achieved its most successful refueling outage in the company’s history. The previous outage had lasted 38 days, but hopes were high that the outage team could achieve a time of less than 30 days, an unprecedented goal. Later that month the plant ended its planned refueling outage in 26 days and 10 hours.

It would be misleading to suggest the focus on effectively managing conflict was the only factor responsible for this improvement; the months of planning, training and coordination were key elements. “When team members found that they could bring conflicting views to the table but not have the discussion derail into typical conflict, the way we communicated throughout the outage improved dramatically,” Rogers said. “The emphasis we placed on this during the training sessions before the outage clearly paid off.”

Tim Flanagan and Craig Runde are co-authors of three books on conflict competence and leadership, including Developing Your Conflict Competence. They can be reached at editor@CLOmedia.com.