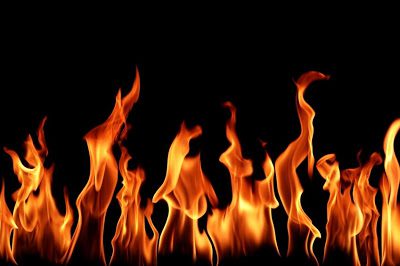 The merger of talent assessment companies SHL and PreVisor is the latest move in what promises to be an active year in the HR vendor market.

An already fast-moving merger and acquisition market is off to a running start in 2011. On Tuesday, U.K.-based SHL and Atlanta-based PreVisor announced their merger, creating an industry giant in the talent assessment market. That move follows hot on the heels of SumTotal Systems Inc.’s acquisition of LMS provider GeoLearning last week. Expect to see more activity.

The SHL/Previsor merger creates a combined company with a projected $200 million in revenue, presence in more than 50 countries and assessments in 30 languages. David Leigh, CEO of SHL, will stay on to lead the combined company. PreVisor CEO Noel Sitzmann will remain through the transition before stepping down. Caroline Paxman, PreVisor’s chief customer officer, will take on the role of U.S. president of SHL PreVisor, as the company will be known in the United States.

She said the merger raises the profile of assessments as a critical piece of leadership and talent development plans and combines PreVisor’s strength in pre-hire and entry-level employee assessment and technology with SHL’s expertise in post-hire talent development and higher level management.

“[SHL] tended to work a lot more on developmental areas — talent audits and succession planning — especially at senior level, professional, managerial and on up into executive ranks,” she said. “We’ve done some of that on the PreVisor side but not nearly as much.”

The SHL/PreVisor deal heats up an already hot human resources M&A market, with developing implications for learning and development professionals. In the last year, integrated talent management vendors have targeted the learning and development market for growth. Last week, SumTotal Systems, fresh off a September 2010 deal to acquire Softscape that enhanced its integrated talent management offerings, announced the acquisition of LMS provider GeoLearning to bolster its position in the learning market. Talent management vendor Taleo launched another salvo in September 2010 with the acquisition of Learn.com for $125 million. Terms of the SHL/PreVisor and SumTotal/GeoLearning deals were not available.

While the SHL/PreVisor deal focuses on bolstering the combined company’s position in the talent assessment market and expanding the use of assessments from acquisition to performance and succession planning for entry-level employees on up to executive ranks, the possibility for consolidation and integration with other providers remains a possibility.

“For our focus right now, it’s very much best in class — as Noel Sitzman said, being an inch wide and a mile deep and being real experts in what we do and now being able to do that globally and across the entire talent life cycle,” Paxman said. “Sometime down the road, could it make sense for us to be part of a broader, human capital offering? Possibly, but it’s certainly not the focus of SHL or PreVisor today.”

Mike Prokopeak is editorial director of Chief Learning Officer magazine. He can be reached at mikep@clomedia.com.