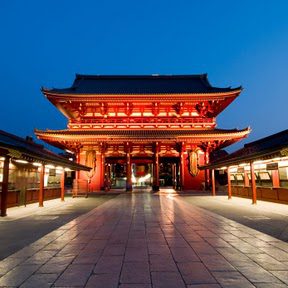 Learning and the Pursuit of Shibumi

Introducing a Japanese aesthetic that seems to have all the answers. How being connected, balanced and finding beauty in simplicity translates to a powerful organizational learning method.

Imagine you’ve been laid off. Forget rage, betrayal, fright and frustration. Just relax. Don’t do anything. Don’t blame yourself or your company; see this unforeseen test as a life-changing breakthrough.

According to Matthew E. May, author of The Shibumi Strategy, this mentality isn’t impossible. By implementing a few Japanese aesthetics into our Western culture, May believes we can transform our workplaces into the best of everything and nothing – a paradox of effortless effectiveness. To reach this ideal, 11 Zen concepts must be followed, all of which are illustrated in May’s fable, a story of an assiduous, middle-aged Midwesterner whose company closes, which forces him to take the only job he can find: selling cars with at first no guaranteed salary.

“There’s a word for crisis in Japanese, ‘kiki,’ which is comprised of two sets of characters,” May said. “One set denotes danger and the other set denotes opportunity. Any crisis or setback harbors two different — and seemingly at odds — concepts. When we’re faced with disaster in the United States, we only focus on one side, but a crisis can actually push you in a new direction that opens new doors and new pathways. It’s hard to think this way when you’re in survival mode, but the Zen mentality demands it.”

Shibumi is a Zen concept without direct translation in Japanese or definition in English; it is the height of personal excellence and total clarity. “It’s the ability to achieve the maximum effect with the minimum means,” May said. Shibumi is a personal Zen principle, but one that will sync with organizational standards and notions. “Personal leadership is about creating meaningful change,” he said. “Change is to do something that is not just different, but better. It’s a notion of improving. New, better ideas that are aligned to an individual’s purpose, if done right, will be aligned to the organization’s purpose.”

There are five key steps to reach shibumi: commitment, preparation, struggle, breakthrough and transformation. The first measure, according to May, is to be conscious of this new attitude and approach. “Be aware that our Western way of thinking, which is to have a bias for action and do something, anything, has another side to it and it’s an Eastern philosophy,” he said. “That Eastern philosophy says that there’s a subtractive approach to life that might get you more of what you want. It’s the old notion of less is more or less is best.”

According to May, there are several Zen concepts like shibumi that companies already employ. Kaizen, or continuous improvement, and hansei, or reflection, are notions already implemented in most companies’ core. The problem is how Western companies approach improvement and reflection.

“Too often we only reflect on things when things go bad or there’s something really negative that happens and we want to figure out why,” May said. “The Japanese notion for reflection is to always look at gaps between what you thought would happen and what actually happened and always embrace that as a moment for learning.”

Every time there’s a gap, three questions must be asked: What did you expect to happen? What actually happened? If there’s a difference, what’s the reason for the difference? “In Japan you’re taught to be respectful of your performance or outcome, and that’s a completely different way of thinking about learning,” he said.

May suggests that these strategies be implemented into after-action reviews within a company and says they have been proven successful by the U.S. Army. According to Peter Senge, American scientist and director of the Center for Organizational Learning at the MIT Sloan School of Management, it is the most powerful organizational learning method.

Boston Consulting Group recently completed a four-year experiment where they required consulting teams to have a mandatory scheduled time off from work each week – one evening a week where they were not allowed to engage in work practice of any nature. They experienced the power of improved work results by not working and thus are now implementing a firm-wide policy with this strategy. Shibumi is about this quietude and taking a break from the ordinary, according to May. It shouldn’t be easier said than done.