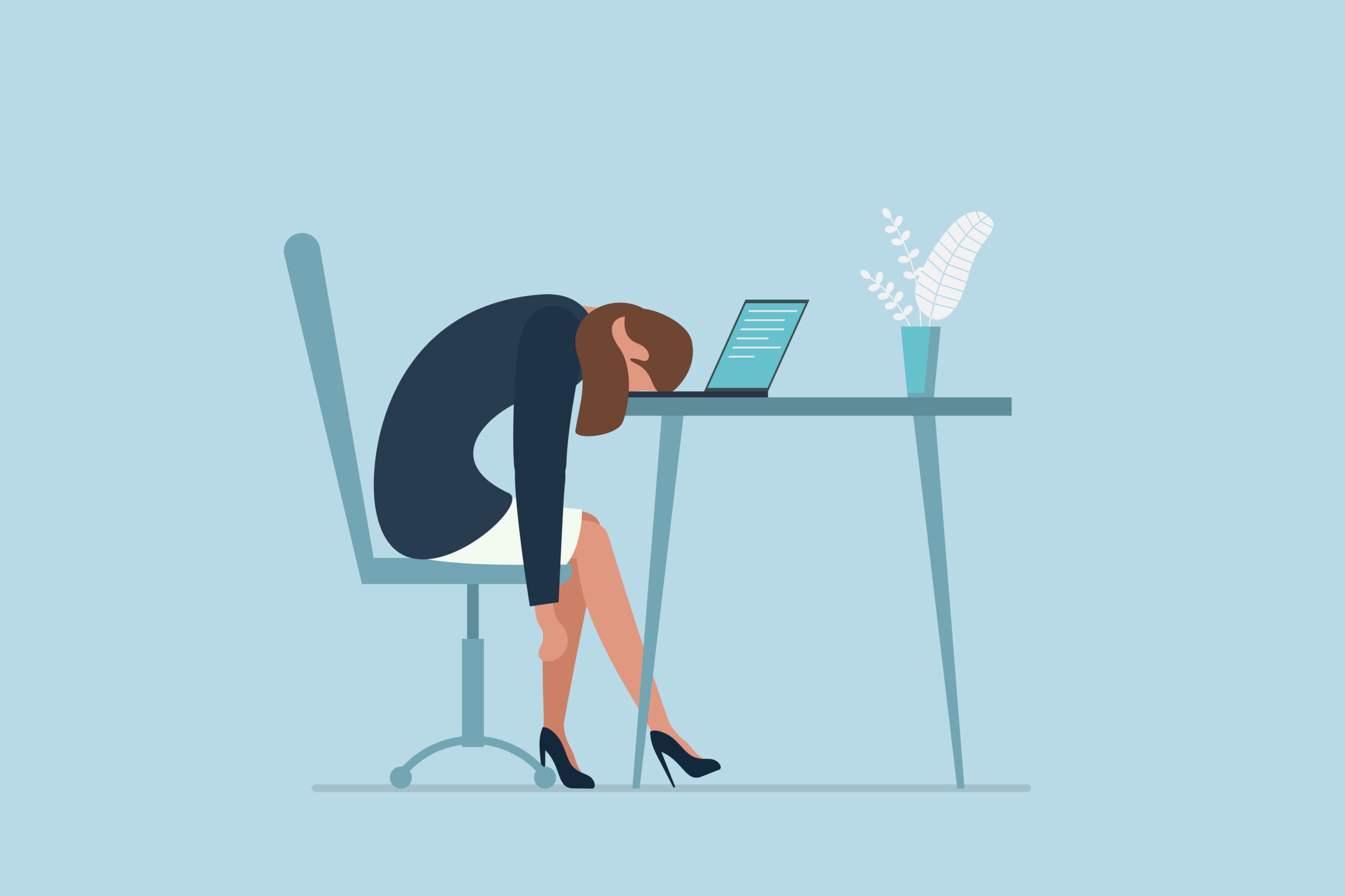 Addressing burnout: The key to workplace wellness in 2022

Talent leaders and executives should make reducing burnout their top priority in 2022 and beyond. Doing so will yield a huge payoff — ignoring it will continue to drive high costs.

Burnout is driving The Great Resignation and it’s the No. 1 reason employees are leaving their current jobs. People are quitting at the highest rate in two decades, creating a talent crisis in nearly every sector. While it’s easy to blame the pandemic, the truth is it only accelerated a problem that had been brewing for decades.

In 2019, The World Health Organization declared burnout an occupational phenomenon due to workplace stress not being successfully managed. Health care costs from burnout were estimated at nearly $200 billion in the U.S. alone – and that was before lockdowns began.

Replacing employees is more expensive than many executives realize. SHRM estimates it costs an organization 50 percent to 250 percent of the position’s salary plus benefits. This accounts for lost productivity while the position is unfilled and the expense of off/onboarding, recruiting, hiring and training. A high-level leader or technical position can cost $600,000.

The Great Resignation is affecting board rooms too. One study found the number of newly appointed chief executives in the first half of 2021 was more than double the previous six months. Another study found nearly 60 percent of leaders feel “used up” at the end of the workday. Of those, 44 percent expect to change companies (26 percent within the next year). Only 20 percent feel they are effective at leading virtually.

Stephanie Neal warns, “There are clear signs that the pandemic will lead to serious retention issues because leaders who are feeling burnout are nearly four times more likely to leave their positions within the next year. This could cause a lasting impact on current and future leaders, since 86 percent of high-potential employees are also feeling burnout, and they’re twice as likely to leave compared to their peers. There’s reason to be concerned about the future of leadership across the board.”

Burnout is more than just being tired — it’s a diagnosable state of emotional, physical and mental exhaustion brought on by long-term stress. In their book “Burnout: The Secret to Unlocking the Stress Cycle,” Emily and Amelia Nagoski identify three main components of burnout: emotional exhaustion, lack of accomplishment and depletion of empathy.

The latter two are particularly responsible for the recent rise in resignations. No matter how hard people work, they feel like they’re spinning their wheels. And as their negative feelings grow, some inevitably project them onto their job.

Leadership coach Kim Hires posted a video saying: “People are not all right. And it’s been a long time coming but I think everything with Covid and the last 18 months has just sent everyone over the edge… Entire industries are about to implode.” More telling are the comments left by nearly 150K viewers including:

“I am not alright and I don’t know if I can be the same employee I used to be.”

“I’m a different person now. I just don’t GAF about anything.”

“I cry daily at work. I’m not even saving lives. I just work in Corporate America.”

“I have no motivation to work anymore. I don’t even care if I get fired… #overit.”

During natural disasters, Ann Masten says humans tap into “surge capacity,” mental and physical systems designed to help us survive acutely stressful situations, such as a hurricane or earthquake. But we deplete that capacity after about six months when most communities see signs of recovery. We were running on empty by the beginning of 2021 and it has only gotten worse.

Burnout creeps up slowly until we are too tired to care or take positive action. Christine Hohlbaum, author of “The Power of Slow,” states, “Sadly, most people don’t even notice its gradual grip over their lives until it’s too late. By then, external intervention is necessary to move burnout patients toward positive change.” This is why burnout is also called “the erosion of the soul.”

Burnout was already on the rise before the pandemic, but it has hit extraordinary levels. In 2019, it was estimated that 53 percent of employees were burned out — it’s risen to 89 percent in recent months.

While the pandemic broke through long-standing resistance to working from home, it also drove a surge of overworking and under resting. According to a 2020 survey, 70 percent of workers who transitioned to remote work because of the pandemic say they now work on the weekends and 45 percent say they regularly work more hours per week than they did before the lockdowns.

During the lockdowns, when people lost access to how they normally rest and recharge — going to dinner, traveling, going to the gym, etc.— they often leaned into doing more work. Gone were the clear boundaries that commuting provides and many found working soothed the uncertainty and anxiety caused by the pandemic.

In fact, during the pandemic, the workday increased from nine to 12 hours — email providers citing spikes in logons from midnight to 3 a.m., further evidence of insomnia, one of burnout’s common symptoms.

People are in desperate need of vacations, but they are so burned out that a few days off doesn’t make a dent and only leaves them feeling more behind. It’s no wonder many people feel that quitting is their only option.

The only cure for burnout is to rest, not to start another job. This is why hiring managers are seeing an increase in ghosting behavior, both by applicants as well as up to 25 percent of new hires who fail to show up for their first day. Employees who do show up are still in danger of quitting within a short time, further increasing the cost of replacing employees.

Psychologist Sherrie Bourg Carter states, “When you are in the throes of full-fledged burnout, you are no longer able to function effectively on a personal or professional level.” This has spurred a rise in conflict and incivility everywhere. People literally don’t have the ability to control their emotions, nor can they feel empathy or compassion for any damage their outbursts do to others.

Being on the receiving end of incivility takes its toll too. Porath and Pearson studied how the bad behavior of one employee negatively impacts their colleagues.

We can only assume these numbers are higher now due to the increase in burned-out employees.

Start with your own first. Most senior leaders are burned out but not necessarily aware. The pressure to lead has been intense and you deserve the chance to rest and recharge. More importantly, your people need to see you role model this crucial behavior — schedule your vacation, talk about the importance of time off and strongly encourage or incentivize your people to get rest and recreation. Some companies are offering more paid time off, closing the office for long weekends and offering bonuses for people to take their vacation. These efforts ultimately save money in the long run.

Besides rest, other things that help reduce burnout and build resilience include:

Address the root cause of burnout by reducing workloads to more manageable levels. Start by accurately framing positions when hiring and adjust every few years to prevent scope creep. Open positions need to be filled quickly to prevent accelerating the burnout of teammates.

Paid time off or vacations need to be offered and encouraged. When we allow people to overwork, it might create short-term gains in productivity, but these will be more than lost later when the effects of burnout and set in. Many organizations are now offering sabbaticals for leaders and top performers because it’s better to lose them for two months rather than forever.

Providing wellness programs such as mindfulness and expanded mental health and therapy services will also yield dividends. Today’s workers are looking for leaders who genuinely care about them and their well-being. As a result, these investments will pay off in your ability to attract and retain top talent.

Employees have likely already been telling you what they want and need, so listen to them. At a minimum, you need to offer a living wage, physically safe work environments and a workplace where people feel they are treated with fairness and respect (psychological safety). If your competitors are offering additional benefits and higher wages, you’ll need to match or better that to fill your critical positions.

Another vital action is to train your managers. Consider these findings:

Studies by Gallup show good managers increase the productivity and engagement of their teams as well as attract new top performers. Managers are in the best position to identify which employees are burning out and offer the right coaching and support.

While burnout is driving the current talent crisis, it’s also giving us an opportunity to revision the future of business. Organizational psychologist Anthony Klotz, who coined the term The Great Resignation, says this: “One hopefully silver lining of this horrible pandemic would be if the world of work transitioned to a more healthy, sustainable place for employee well-being.” 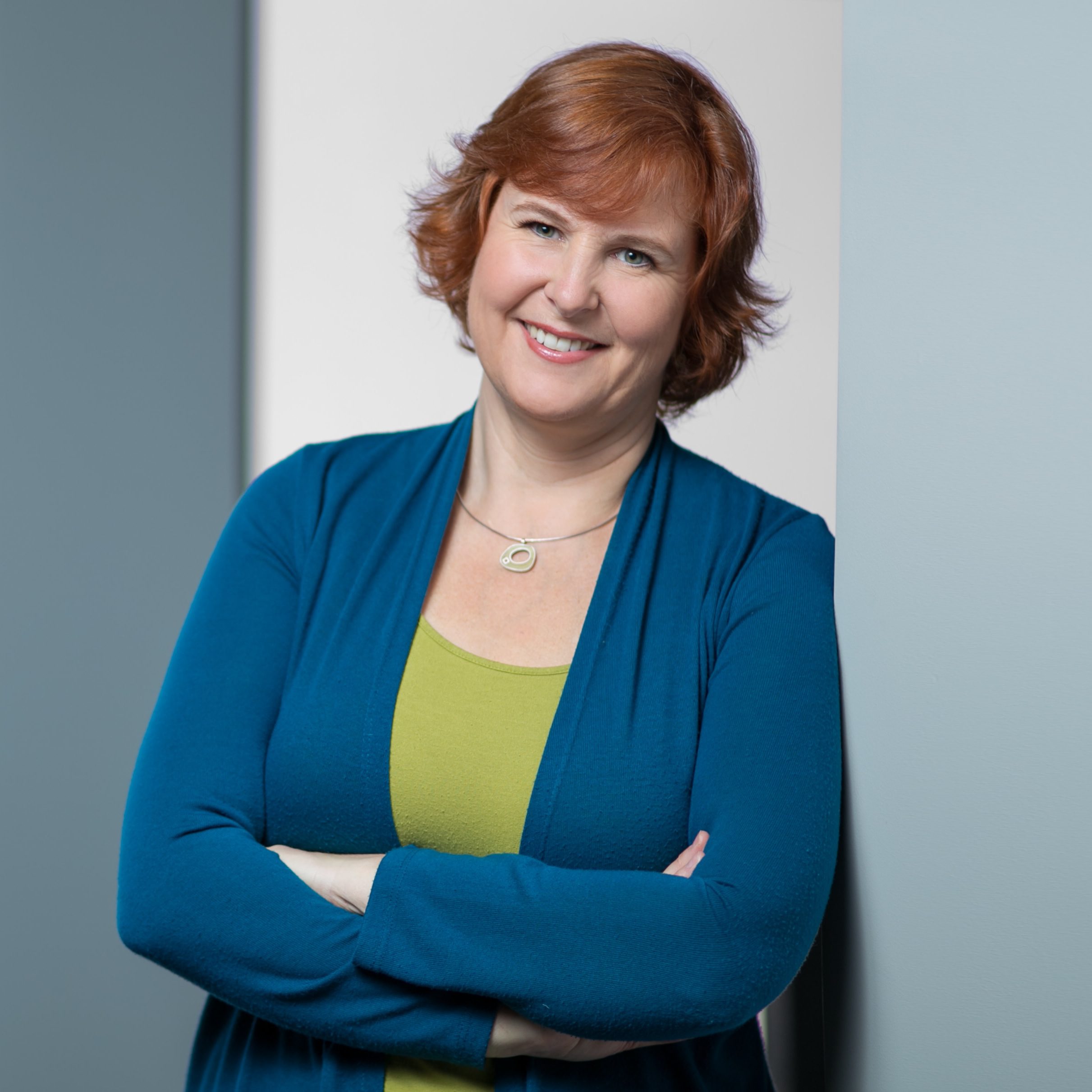 Britt Andreatta is an internationally recognized thought leader who uses her unique background in leadership, neuroscience, psychology and education, to create brain-science based solutions for today’s workplace challenges. Andreatta is the former CLO for Lynda.com (now LinkedIn Learning) and she has more than 10 million views worldwide of her online courses. She regularly consults with corporations, universities and nonprofit organizations on leadership development and learning strategy. She is the author of several brain science-based books and trademarked models including “Wired to Grow,” “Wired to Resist” and “Wired to Connect.” She was named a Top 20 Learning Influencer for 2021 and a Top 20 HR/Leadership Development Influencer for 2021. To comment, email editor@talentmgt.com.