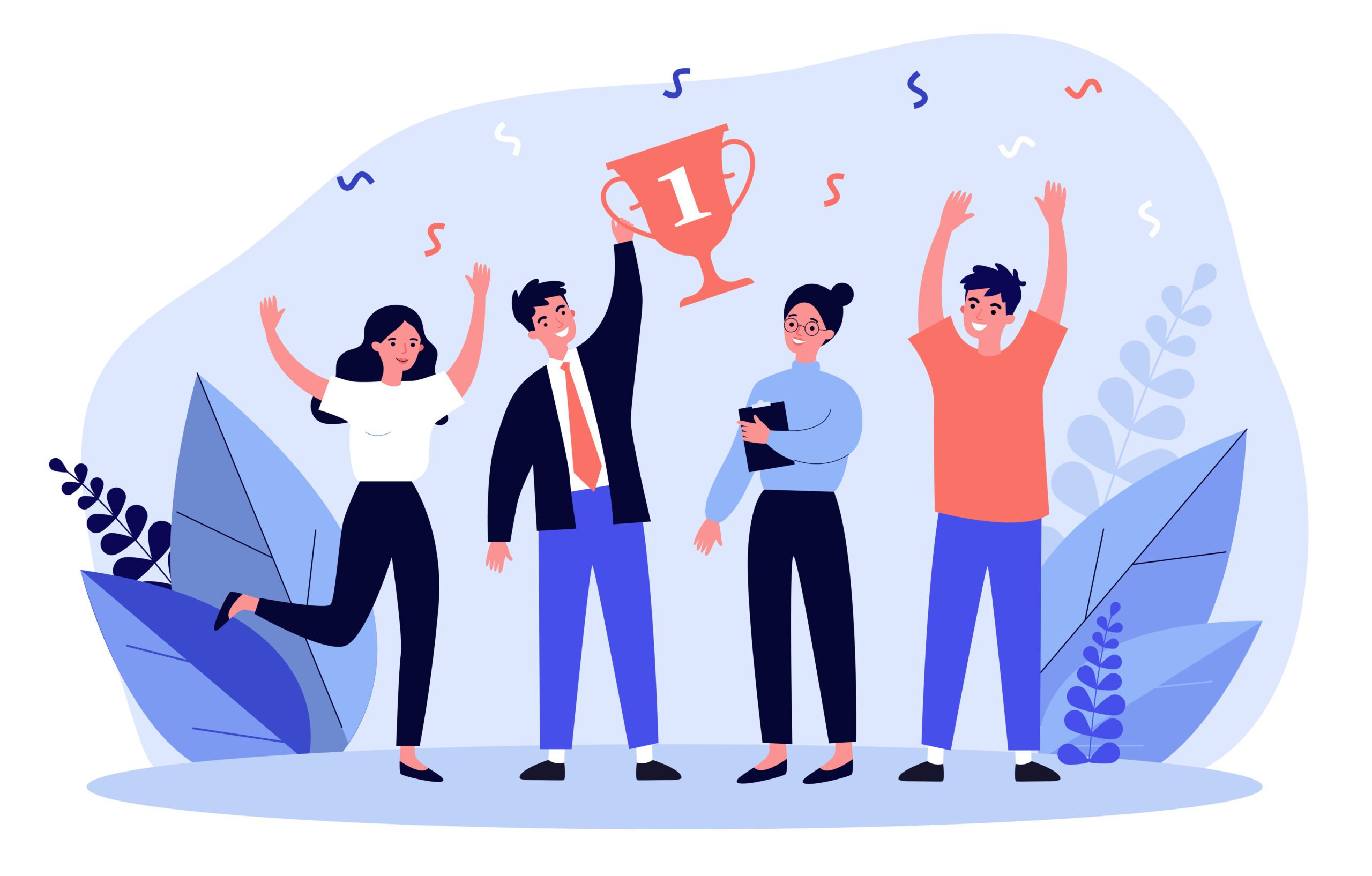 Through, not to: The case for effective change management

Every organizational transformation happening around the world today is about people. Talent leaders must champion their employees and make them the owners and architects of the change we want to see in the world.

One of the most memorable organizational changes I’ve led, in retrospect, felt set up for failure. Several years ago, the multinational company I supported had convinced some of its most experienced union workers to document and film their work processes for training purposes.

During a subsequent strike, management backtracked on a handshake agreement and used those materials to train picket-crossing workers to run operations. While the strike was eventually resolved, employee anger regarding this perceived betrayal was not, and many vowed never to participate in similar documentation or filming again.

Several years later, I was a contractor newly assigned to the region tasked by senior leadership to form a team to design and implement a new program: building on-the-job training for the next generation of union workers. The method leadership had selected was to document and film all aspects of how the current workforce completed their daily tasks.

While senior management had engaged with union leaders in conceptual talks regarding this new direction, no conversation had happened with employees regarding the previous effort or their anger surrounding it. That task would fall to my team of contractors – if we deemed it important. We were assigned several project support staff and a budget, and delegated authority to begin work by the initiative’s sponsor, who would expect regular monthly updates.

For any experienced change practitioner, the seeds of trouble were everywhere: a transformation carbon-copied from a recent and public failure; veiled hostility from employees; senior sponsors delegating the change to outsiders; a focus on milestones, rather than the workforce those milestones were dependent on, and so on.

But these were all a symptom of a larger problem I’ve since seen in organizations of every size that are attempting transformation: the failure to understand that change cannot happen to people – it only happens through them.

In his research on the most successful Fortune 500 business transformations of the 20th century, detailed in the business classic “Good to Great,” Jim Collins describes a key differentiating principle these successful organizations shared in their change plans: “First who, then what.” In essence, effective transformation requires both getting the right people “on the bus,” and then empowering them to drive the change personally.

In my experience leading people-focused change in the top 50 of the Fortune 500 and all levels of federal and regional government, this failure can be summarized by an understandably common approach I’ve come to call “Field of Dreams” syndrome: If we build it, they will come.

In essence, if the change has a compelling business justification for the bottom line, and leaders memorialize it in annual business objectives and performance goals, while dedicating planning and resources to that change, then they can effectively order the change into existence.

At its heart, “If we build it, they will come” is the belief that change is about governance and chain of command. But this approach contradicts what we understand about change on an individual level, as anyone who has attempted to quit smoking, exercise more or go to bed earlier can attest.

In our personal lives, we’ve all seen (and been) folks with big change “budgets” – buying expensive workout clothes, one-on-one lessons or smoking patches. We’re familiar with well-defined change “plans” – best-selling books, personal trainers and smart watch-enabled workout apps – as well as a chain of command detailing the change for us – be that our doctor, our spouse or our peers.

Yet, again and again we find our expert plans, high external expectations and costly technology fail us, and our personal growth falls flat. At the same time, we know people who transformed themselves despite having almost no support or resources – a friend who loses 30 pounds after turning an afternoon run into a daily habit, or the expecting mom who quits smoking cold-turkey when she learns she’s pregnant.

The difference, of course, is not about resources or plans, at least not at the outset. The difference is about understanding and belief. Do I understand why I need to change, do I believe I can, and deep down, do I really want to? Is my belief deep enough to weather some pain to get there?

Prosci calls these critical seeds of change awareness, desire and knowledge, and demonstrates the 30 percent of organizations that successfully navigate change do so by taking their employees through this journey in intentional and measurable ways.

Many of us who have changed in our personal lives have also done so with a partner – someone who believed in us, who held us accountable when we stumbled, who shared our vision and encouraged us during the tough times. In organizational change, this role is also singularly important – that of the executive sponsor. Research demonstrates all successful enterprise level transformations have one.

I call this role the Chief Storyteller: someone who can take high level strategy and detailed technical tactics, weaving them into a compelling story about change that invites employees to see themselves reflected in the organization’s future – as both its owners and architects. This is not a negative story focused on must do’s or failure, but one of aligning with people’s hopes and vision.

Collins calls this Level 4 Leadership, and argues that among the all-time greats of Fortune 500 transformations, the most effective leaders brought two contradictory strengths to their vision casting: A dedication to forcing their teams to confront the “brutal facts” of their current reality, coupled with an absolute, unwavering belief and optimism that they can and will craft a better tomorrow – all wrapped up in an insistence on continual debate and dialogue with their teams about the change to ensure nothing is missed.

I was fortunate that the union employees involved in our project were passionate about excellence. Mindful of the history surrounding the previous changes, I worked to secure their buy-in early. First, I emphasized the change would only be possible through their partnership and asked them to be our consultants in determining if the change made sense.

I secured union agreement for my team to embed with employees over several weeks, joining them on graveyard and early morning shifts to observe how they worked, and inviting them to be the experts, sharing the how and why.

With their permission, we took notes and asked for their perspectives when we found conflicts in how experienced employees completed tasks. As they began to see us as partners who wanted to support them, I also began having conversations with their union leads about the future.

I shared that given the average age of worker in their roles (most were over 55), and that many could retire without issue at a moment’s notice, the company would need to create documentation and training methods for the next generation. If that happened without their input, their decades of expertise and personally designed processes would be lost to time. We talked about their critical impact to the company and the legacy they wanted to leave. I told the story, and it was one they were familiar with, one they had talked about themselves at length.

In these conversations, they saw the need for change, and they believed deeply in it; they wanted to make the next generation successful and to leave a lasting impact on the company’s culture and operations. Most importantly, they saw themselves as owners and drivers of the change – I made it clear my team was dead in the water without their direction. The final product would be theirs to define.

In this atmosphere, a great project budget, plan and staff became useful. But this was only because we understood the change itself belonged to those changing: that transformation could only happen through people, not to them.

Every transformation happening in organizations around the world today is about people. If we want to avoid joining what I call the miserable majority, the 70 percent of organizations who fail at large-scale transformation, then we need to champion our people, bring them along and make them owners and architects of the change we want to see in the world. This is organizational change management: change happening through people, not to them.

As a certified professional in talent development, Jordan has partnered with senior executives in aerospace, tech, utilities and federal, state and local government to transform their approaches to operations, people and culture. He earned his Master of Liberal Arts in Management with a concentration in Organizational Behavior from Harvard University. He and his wife and four children call Redmond, Washington home. To comment, email editor@talentmgt.com.