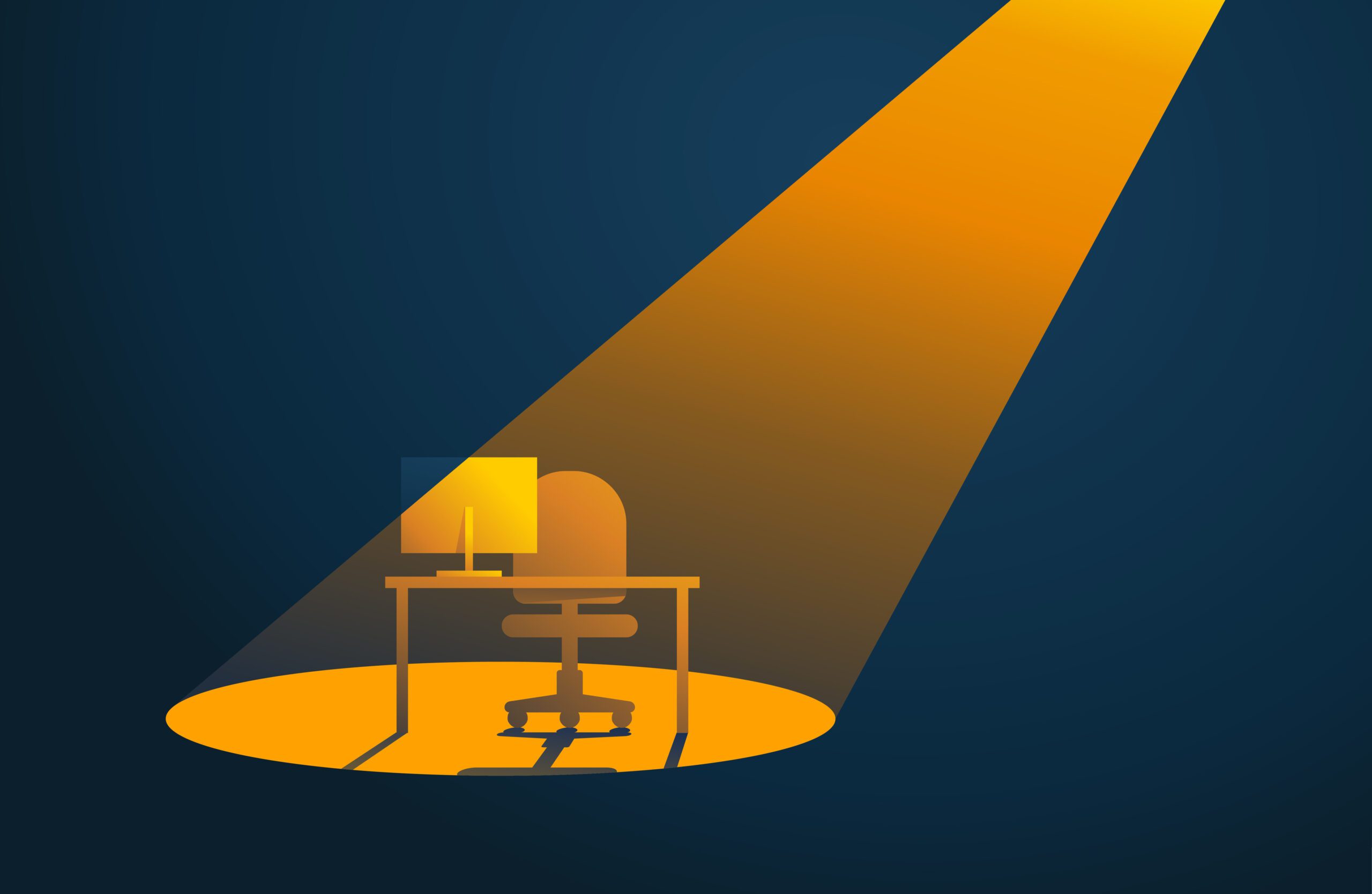 Hiring in a talent crisis: Money, perks and rapid onboarding

There are more than one million more open jobs than unemployed people. These are the strategies companies are using to win the war for frontline talent.

Businesses may be eager to reopen and get back to work, but the employees they’ve long relied on aren’t turning up — and it has transformed the labor marketplace.

There were 10.9 million job openings at the end of June, according to the Bureau of Labor Statistics (BLS). It is the highest number of openings since the BLS began reporting them in 2000 and it means there are more than one million more open jobs than unemployed people.

These openings span industries, including manufacturing, food service, healthcare and retail, which all rely on lower wage front line workers to keep their operations running. It’s impacting companies of all sizes, including almost one-third of small business owners, who say they have had open positions they are unable to fill for at least three months, according to the Q3 2021 CNBC Momentive Small Business Survey.

“Employers are in the middle of an intense war for talent that’s not likely to let up anytime soon,” says Adrienne Altman, managing director and North American head of rewards at Willis Towers Watson. “The challenge of hiring and keeping employees has now spread from isolated industries and skill sets to most industries and workforce segments.”

The shortages are being driven by a combination of factors, including COVID-related fears about returning to customer-facing roles, unemployment benefits reducing the urgency to find work and the huge number of options workers currently have if they are willing to return to the labor force. “There are so many American employers facing acute labor shortages,” says Andrew Hunter, cofounder of the job search engine, Adzuna. “We’ve never seen such severe disruption in supply and demand.”

Regardless of the industry, the labor shortage is giving workers an edge, particularly frontline workers who’ve rarely had this kind of power in the labor landscape. After years of battles over minimum wage hikes and lack of benefits, front line workers suddenly have a lot of choice in who they work for and what they expect in return.

It’s forcing companies to be creative in their outreach and rethink their wages, benefits and engagement strategies if they want to stand out in a wildly competitive marketplace. “To compete, it’s imperative for employers to find ways to differentiate the value proposition they offer to current and prospective workers,” Altman says.

For many companies, that competitive edge starts with wages. The current federal minimum wage is still a paltry $7.25, though some states have legislated higher minimums. But COVID-19 has made that number largely obsolete. Companies that want to fill open positions are radically rethinking their “minimum wage” offerings.

In August, Walgreens announced plans to raise its starting wage to $15 beginning in October for its 190,000 workers across the U.S., Puerto Rico and the U.S. Virgin Islands; and rival CVS Health raised its minimum wage to $13 in October (up from $11) with plans to reach at least $15 by next July.

Amazon is also raising wages, again. The company, which pays a minimum $15 an hour, announced plans in April to increase pay between 50 cents and $3 an hour for warehouse workers, sorters and other staff. Costco, Target and Walmart are making similar increases to compete.

The wage wars among big brands is trickling down to smaller firms, who have no choice but to follow suit. One study of Amazon’s 2018 wage hike found the decision had a ripple effect, driving average hourly wages up 4.7 percent among other employers in the same labor market. Similar trends are being seen today.

Hiring bonuses are also gaining traction as an enticement — especially for skilled labor. Waste Management, the national recycling company headquartered in Texas, is currently offering up to $7,500 in sign-on bonuses to qualified diesel technicians; Penske Truck Leasing is offering $1,500-$10,000 bonuses for warehouse workers, forklift operators and truck drivers depending on their certifications; and Sysco Foods is promising up to $15,000 in sign-on bonuses for qualified drivers.

Raising wages and offering bonuses is helping companies address the immediate demand for talent. “But it’s an easy solution to a difficult problem,” Hunter says. And it can’t last. “Raising wages creates hyperinflation that isn’t sustainable. And bonuses may drive candidates in the door, but it won’t cause them to stick around.”

Instead, companies need to think more long term about what would cause an employee to be loyal to the organization and how those preferences have changed during COVID. In the past, companies built employee-friendly cultures around pool tables, free food and company events. But today, employees are more interested in flexibility, security and benefits that support their mental and financial health.

Many organizations are responding to this shift by offering perks specifically chosen to attract younger workers. Among the most popular are financial support to cover past or future education expenses.

As of 2021, 14.8 million millennials have student loan debt — more than any other generation; and Gen Z’s average debt increased by 39 percent. It’s causing many young people to rethink whether and how they will go to college.

Some big brands see this obstacle as an opportunity to attract and keep promising young talent from more diverse communities. Companies like Uber, Amazon and Starbucks have offered college tuition support for years as a way to engage workers as they pursue higher education. Other companies are now following their lead, offering to cover the cost of tuition or help employees pay off existing student loans.

These include Chipotle, which recently announced plans to expand its 100 percent college tuition support program to include Paul Quinn College, a historically Black college. The program covers costs for 75 types of business and technology degrees for all eligible employees, including front line crew members.

And in 2021, Target launched its own debt-free education assistance program to more than 340,000 full- and part-time frontline team members. The program will cover everything from high school completion and English language training to master’s degrees programs for qualified employees. The company has also introduced free access to health care through virtual doctor visits and access to online apps that support mental, emotional and physical health.

These kinds of lucrative benefits are often the first to be cut during a recession or economic crisis, but the current talent shortage has increased their value. “Tuition reimbursement is an expensive investment,” notes Hunter. “But if employers can help employees repay their loans or provide scholarships it can be an attractive benefit.”

But Altman warns companies not to make assumptions about what benefits will be most attractive to talent nor assume everyone wants the same thing. Instead, she suggests talent acquisition teams conduct company-wide analyses to understand where they are losing talent in the organization and what segments of the workforce are most vulnerable.

Then they should have frank conversations with those employee groups about how they could do better. “Listening to employees will help you understand what they value,” she says. “An extra $1 an hour may not be the issue if your culture is bad.”

Understanding what employees want can help companies make targeted investments in benefits, communication and culture change efforts that will keep good talent on board. “Wages will always be an issue, but it’s not the only issue employees care about.”

Shorten your time to hire

Along with wages and perks, it’s also important to consider how the hiring process works and where that can be improved.

In a high-stakes hiring environment, reducing time to hire can have a real impact, according to Sean Behr, CEO of Fountain, a high-volume hiring platform. “Front line workers don’t have weeks to wait for their applications to be reviewed and interviews conducted. They want to start right away,” Behr says. “If companies aren’t nimble, they may be losing good candidates to other companies.”

For example, Behr recently worked with a company hiring warehouse workers, whose hiring process averaged 28 days from application to first day on the job. “Even when they were able to hire people, they weren’t showing up on day one, because they took another job somewhere else.”

To reduce that risk, he encourages companies to figure how long their hiring process takes and where they can reduce time while creating a more engaging candidate experience. Using video interviews and automated invitations to schedule screenings, submit proof of age, or start a background check can eliminate some of the dead time, while creating more touchpoints with candidates. “It lets them know you are interested and where they are in the process,” Behr says.

Managers also need to prioritize hiring over other tasks. “If you are in charge of hiring you need to make your calendar available for interviews because applicants aren’t going to wait,” he says.

Tricia Chinappi, director of Talent Acquisition for Liveops, a national call center service, started working with Fountain in 2020 to accelerate the company’s application process for new call center agents. Previously, their application process took one week to 10 days before a rep could get to the point where they were ready to work with a client, she says. By automating steps in the application process and prompting qualified applicants to complete a background check as soon as they are approved, they can now be onboarded in as little as 48 hours.

“It’s enabling us to onboard more reps faster, which has generated a higher applicant conversion rate,” she says. Chinappi plans to make the accelerated hiring process a key talking point of the company’s outreach efforts as they ramp up for holiday season. “It is eliminating barriers for people who want to get to work and earn an income.”

Broadcasting speed to hire and the perks employees can expect is essential in this economy, says Hunter. “You have to get your basic message right in job ads and showcase the perks front and center.”

He encourages companies to talk about benefits on their career page, social media posts and company advertising, along with making them a talking point in interviews. “Young people learn a lot about a company before they start their job hunt,” he says. “You want your brand and company culture to resonate with them before they even start looking.”

And the message should go beyond perks and wages. It important for this generation to understand a company’s values and how those values align with their own beliefs. The more companies share authentic messages about what they are doing to support the workforce, the community and issues around climate change social justice, the more impact they can have.

“The challenge is to be creative and find ways to establish relevant dialogs with young people,” Hunter says. Then share those messages across every channel to ensure your targeted talent population knows what you are offering and what you value.