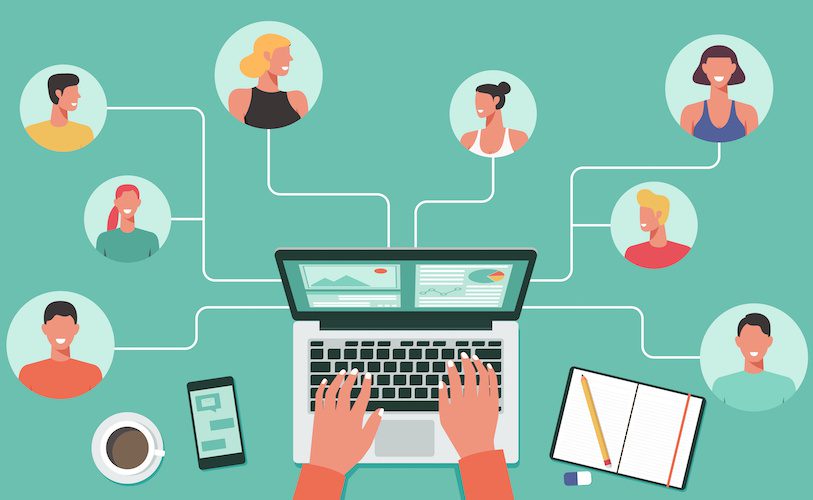 Rather than eliminate its internship program, Progressive retained it as its interns joined the pandemic-riddled remote workforce.

Typically interns draw a new perspective on work while in a structured corporate environment, learning the processes, strategies and plans that lead to organizational and personal success. If properly executed, an internship can provide experience, inspiration and potentially an entry-level job as interns embark on their budding career.

Perhaps the most valuable aspect of an internship is building relationships with mentors and executives while observing an organization first-hand from the inside. But since the pandemic took hold, many internship programs have been suspended or even eliminated.

Rather than abolish its internship program, Progressive Insurance Co. gave its interns a dose of corporate reality in a pandemic-stricken global workplace. Rather than intern inside its corporate offices, the insurance giant quickly created a program of remote out-of-office-terns.

Going to a virtual platform

Mayfield, Ohio-based Progressive employs some 40,000 people and, like many organizations, immediately pivoted to a largely remote workforce in mid-March. Gabe De Leon, Progressive’s program manager for collegiate and MBA recruiting, said that their approximately 100 hourly interns were among those suddenly cast into a remote-work environment.

“We needed to spend extra time ensuring our interns felt like they were a part of the Progressive family given these circumstances,” De Leon said.

Time was actually an advantage since the new round of summer interns hadn’t yet come onboard. Executives made the remote work call with interns in mind, De Leon said. “Our interns were thrilled to know that we were going to honor our commitment to their internships,” he said, “albeit, 100 percent virtual.”

Progressive’s summer internships run from May through August to mirror university schedules with roles in data and analytics, IT and accounting business groups, De Leon said. Progressive interns are there to do more than just get someone’s coffee or stuff envelopes, he added.

“Our interns are assigned unique and necessary problem-solving projects that allow them to work closely with company leaders and foster their professional development.”

Learning to use remote technology

“Going into the summer it was very clear that my internship was going to be virtual, but I do remember being a little nervous about what this was going to look like,” recalled Holroyd, a data analyst intern. “I was hearing stories left and right from my peers about losing their internships or even just having weeklong programs as a substitute. I knew how important to my career this experience was going to be, so I was relieved to hear that Progressive was going to allow us to partake in the full 12-week program virtually.”

De Leon said that interns typically get the opportunity to work alongside industry professionals, receive career advice and mentorship, and attend educational, networking and social events. They also incorporated virtual events including a roundtable with Progressive President and CEO Tricia Griffith.

Interns received a working experience as if they were on-site, De Leon said. Besides one-to-one mentorships and networking with peers as if they were in an office, they learned the new realities of working during a pandemic.

“Our interns learned new virtual technology to accomplish their job responsibilities,” he said. “Learning how to navigate a large remote conference call is also a valuable skill.”

Remaining in a remote environment

The vast majority of Progressive employees will remain remote until 2021, De Leon said. Still, the internship program’s future is bright. The fact that they bring in qualified candidates through their recruiting process even in the middle of a pandemic is reassuring, he said, adding that they have made some adjustments and created a robust virtual college strategy for the fall recruiting season.

And some interns, like Holroyd, who never set foot inside Progressive’s offices, are offered full-time positions as their internship ends. Holroyd is set to begin a full-time position in the analyst development program beginning in June 2021.

“I quickly learned that I was only going to get out as much as I was willing to put in, and this motivated me to try and talk with as many other analysts as possible,” Holroyd said. “I think the fact that I was able to submerge myself into the Progressive culture, even remotely, speaks volumes about the people that work for this company. This year has thrown a lot of curveballs with school and work, but I hope to look back on 2020 warmly as I remember my internship at Progressive.”

What will Holroyd’s “I remember when …” recollections be decades from now about her pandemic-influenced internship?

“My story will definitely be, ‘I remember when I spent an entire summer working for a Fortune 100 company from the basement of my parents’ house.’”