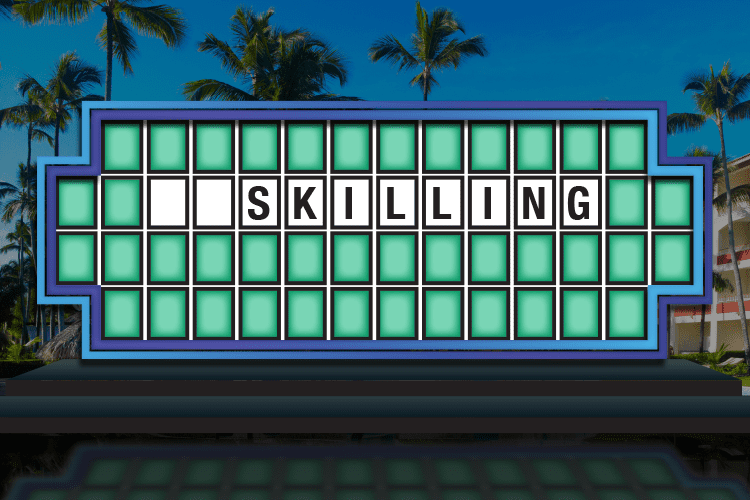 It’s become easy — and common — to use “reskilling” and “upskilling” interchangeably. But they are, in fact, different.

Getting up and going to work is looking different than it did just a few years ago. Jobs are changing because organizations require new skills that their workforce may not currently possess, and there’s no sign of this trend stopping.

We’ve seen the research before: By 2030, according to a recent McKinsey Global Institute report, as many as 375 million workers may need to switch their occupations in response to “digitization, automation and advances in artificial intelligence” that are disrupting the way we work.

When approaching this challenge, those at the helm of learning functions, leaders in the C-suite and learning and development subject matter experts began using the terms “reskilling” and “upskilling” when referring to various skills-building paths and programs created and employed by organization leaders for their workforces. In the last few years, the use of reskilling and upskilling programs and initiatives has grown, and it’s become easy — and common — to use the terms interchangeably. But they are, in fact, different.

Reskilling is about learning new skills for a new position. “[It’s] just about shifting. Let’s say that tomorrow, an algorithm could write better than you or I could write,” said Ben Eubanks, principal analyst for Lighthouse Research and Advisory. If you’re still good at doing research and conducting interviews, he said, perhaps those skills and that time previously spent writing could be leveraged by being taught a new skill.

By the end, that individual is doing a different job. They have been reskilled.

On the other hand, upskilling refers to taking current skills and refining them for the position you currently have. “Upskilling is about: How can we train you to be the best person you can be for your current job?” Eubanks said. “Whatever sort of content, tools, coaching, resources we can throw at you to help you do that.”

An individual who has been upskilled is doing the same job, only better.

Eighty-one percent of learning professionals agreed that the current pace of change, automation and disruption will drive a need for both reskilling and upskilling employees, according to “Disruption Drives Reskilling and Upskilling,” a study published by Lighthouse Research and Advisory in 2019.

It should be noted that workforce transformations are nothing new. AT&T, for example, has already reinvented itself multiple times over the past century in response to technological disruption.

In the early 1900s, AT&T’s workforce was skilled to build and operate telephone networks. The company continued to count on the steady popularity of landline phones and the introduction of cell phones into the mid-1990s, but in 1991, AT&T announced the purchase of computer-making company NCR Corp. — a sign that the company was moving beyond telecommunications, according to an article in The New York Times.

The direction of AT&T’s workforce would pivot a few more times in response to business decisions: In 2006, the company began offering its own TV service, Uverse, and Triple Play, which included internet-based calling, according to a 2016 Time magazine article. Later, AT&T would acquire DirecTV and purchase Time Warner.

But today’s speed of change and the rate at which workers must learn new skills is faster, as researchers from McKinsey & Co. noted in an article from 2018, “Retraining and reskilling workers in the age of automation.”

Presented with this notion, learning leaders began tossing out old training and learning delivery methods that were outdated and too slow. They wanted to provide learning that would rank highly in not only speed, but also employee engagement.

Lynda Gratton, professor of management practice at London Business School, said that with the direction work is currently headed, learning leaders and chief learning officers also need to be futuristic.

“The whole process of learning should be future-​oriented,” Gratton said. “By looking back, they [learning leaders] could misdirect people toward skills that are no longer going to be valuable for the future.”

A reskilling or upskilling program needs a number of elements in order to be successful, Gratton said. The first is a sense of urgency. “You need some sort of signaling element [to your workforce] that says ‘This is something that you should be doing,’ ” she said. This has already started happening. Last year, LinkedIn’s “Workplace Learning Report” noted a strong demand for learning opportunities among employees, especially self-directed ones.

Additionally, Gratton said reskilling and upskilling programs need to have a broad portfolio of learning mechanisms, as well as a way to measure and show a learner’s certification of a new skill, so it can be portable from job to job. This last element is crucial, Gratton said, even though it can be difficult or time consuming to keep track of all the data.

“It gives people a sense of accomplishment, both from the organizational perspective — have our resources made a difference? — but more importantly, from the individual perspective — am I improving or getting better?” Gratton said.

Tracking and measuring learners’ progress in reskilling and upskilling programs seems a bit obvious, but about 1 in 5 learners that Lighthouse surveyed said they didn’t know if their employers were tracking their skills at all. To Eubanks, that was surprising.

Clearly, employers are concerned about the future of their workforce. The research from Lighthouse was driven by requests and concerns from business leaders about future jobs, Eubanks said. “We kept hearing things from them like, ‘Hey, there’s a headline that says X percent of jobs are going to be replaced in the near future. Is that true?” However, employers still need to identify and understand concretely which skills and resources will propel the organization forward.

To truly understand the difference between what it means to reskill and to upskill, it’s helpful to look at the intended outcomes of some existing programs.

In July 2019, Amazon announced it would invest $700 million in retraining 100,000 of its nearly 300,000-person workforce. The program, called Upskill 2025, is aimed at “creating pathways to careers in areas that will continue growing in years to come,” according to Amazon’s website.

According to a previous Chief Learning Officer article, the program promises to create three new initiatives: Amazon Technical Academy, which provides skills training for nontechnical employees so they can move into software engineering positions; Associate2Tech, a 90-day IT skills training program for warehouse workers; and Machine Learning University, where technical workers can take six-week programs from Amazon machine learning experts.

Given that the nature of these initiatives is to move Amazon workers into new jobs, Upskill 2025 would actually be an example of reskilling, Eubanks said.

For a good example of upskilling, Eubanks points to an initiative from Walmart called Live Better U. In May 2018, Walmart announced a new associate education benefit program in partnership with education benefits platform Guild Education. As part of the program, the cost of higher education for Walmart and Sam’s Club associates in the U.S. is $1 a day, according to a 2018 company news release.

Walmart leadership’s focus was on investing in people because they wanted them “to be a little bit better tomorrow than they are today,” Eubanks said.

Even before the popularity of reskilling and upskilling, the L&D industry talked about skills building and training for the sake of career development.

“At the end of the day, we’re talking about helping people build the skills they need in order to get a job or build a business,” said Allison Horn, managing director of learning and development at Accenture.

The concept of reskilling, then, technically doesn’t fit in with Accenture’s continuously changing learning cycle. The workforce isn’t being “retrained”; rather, they are just building on the knowledge they already have, Horn said. In fact, Horn avoids using the term reskilling. It suggests that “there’s something broken with the human being that needs to be fixed,” she said.

“We are undoing something of the past so that we can build a whole new layer of skills, and the reality is that’s just not how we as humans work,” she added. “Everything we do is additive. Everything we do is cumulative and it would be ridiculous to suggest that just because I’m going to switch from career A to career B, that I am going to shut down or leave behind all the wonderful knowledge and skills that I picked up in path A.”

Hiring based on skills rather than previous jobs or careers has been increasingly common. According to a 2019 survey from LinkedIn, 69 percent of professionals surveyed believe verified skills are more important than a college degree.

In recent years, both private and public organizations, including institutions of higher education and government agencies, have begun taking skills development seriously. In Singapore, which is facing an aging population in addition to job displacement by automation, a government-backed initiative called SkillsFuture offers citizens age 25 and older a credit worth $500 to put toward skills training from a preapproved list of courses.

Since its launch in 2016, more than half a million Singaporeans have used their SkillsFuture Credit, according to the Straits Times, an English language daily newspaper in Singapore. In early 2020, Singapore’s deputy prime minister, Heng Swee Keat, announced a new SkillsFuture Mid-Career Support Package, an additional $500 for Singaporeans in their 40s and 50s, which he hopes will double the annual job placement of locals in those age groups to roughly 5,500 by 2025.

On July 19, 2018, President Donald Trump signed an executive order to establish both the National Council for the American Worker and the American Workforce Policy Advisory Board to develop a national strategy for “training and retraining the workers needed across high-demand industries.” When Trump signed the order, he called upon employers to sign a pledge committing to expanding programs that “educate, train and reskill American workers from high-school age to near-retirement.”

At the same time, however, the president has called for budget cuts to be made to programs that support workforce development, such as the Workforce Innovation and Opportunity Act.

As we begin to face more job disruption, there is a silver lining: According to Chief Learning Officer Business Intelligence Board’s 2019 “Learning State of the Industry” report, budgets are higher than in past years, putting L&D organizations, and the individuals who lead them, in a perfect position to help individual skills development, whether that’s reskilling or upskilling.

“The big picture that I see is there will always be some sort of skills gap,” Eubanks said. “We might get better at keeping that at a smaller margin than where it is today but in general, there will always be something to keep an eye out for, something to watch for. No one wants to get caught flatfooted because they were not paying attention and thought they had arrived.”