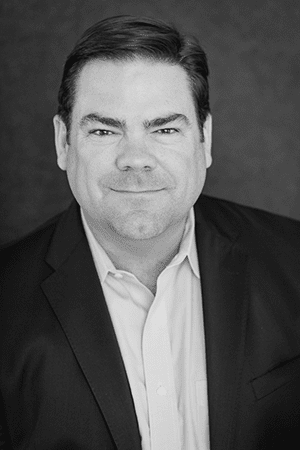 How the World Cup Teaches Us Role Clarity

It’s the key to developing a winning team.

As we watch women from all over the world compete this June at the World Cup in France, I am reminded that it’s the 20th anniversary of the United States’ historic win over China in 1999 at the Rose Bowl in Pasadena, California.

In front of 90,000 screaming fans, Brandi Chastain scored the fifth and final goal for her team to beat China, a shot that would change their lives forever. Chastain spontaneously took off her jersey in celebration and dropped to her knees, flexing her arms with fists clenched. While this is very common in men’s soccer, for a woman sans jersey in a sports bra, it was novel. The goal Chastain scored brought relief and complete happiness. Yet, it wasn’t about Chastain and her individual achievement. She had played a role, as did each of the 20 players on the team.

Before this penalty kick shootout, the game’s regular time ended with the teams tied. They went into overtime when a Chinese player headed the ball toward the top left corner of the goal. If it went in, they would have won the game. However, Kristine Lilly’s role on corner kicks was to stand on the goal line and cover the right post. Lilly jumped as high as she could and headed the ball off the goal line to keep the U.S. in the game. It was role clarity for her, knowing exactly what the plan was for her positioning and her responsibility in that situation. In an incredible victory, the U.S. women’s national soccer team won the World Cup championship!

In our recently released book, “Powerhouse,” which I co-authored with Lilly and Lynette Gillis, Lilly shares amazing soccer experiences like this one to provide readers with 13 key tactics they can use to transform their businesses using gold medal teamwork. In the case of the 1999 World Cup championship game, the lesson about team chemistry boils down to role clarity.

When teams have their own consciousness to hold each other accountable to established expectations, the team member dynamics energize performance toward achieving stretch goals. To accomplish tasks, each team member needs to know their specific role. It is not just what they do, but truly understanding why they do what they do. This structure of assigning tasks creates a clear expectation of role responsibility and job expectation. Team members know where to focus and prioritize their efforts. Instead of guessing what is important and being displeased with team workflow, they know what effort is required to accomplish which task by a specific due date. Team members know what to do as well as what not to do. Yale Divinity Professor H.E. Luccock captured the concept of the interdependence of roles when he said, “No one can whistle a symphony. It takes a whole orchestra to play it.”

This cross-functional understanding also provides purpose and motivation to team members as they see how their efforts contribute to the larger collective goal. Co-workers need to understand what each person’s role really involves; otherwise, they will not understand how to most effectively work together. Once a team member completes their task, they need to support others in their execution of tasks. With this commitment to their team role, they are contributing to the team’s success.

In addition, by having each team member’s role delegated based on their strengths, a team will be able to balance one member’s weaknesses with another’s strengths. These complementary skill sets, experiences and personalities strengthen the overall team.

For example, a team needs a strategic thinker as well as a team member who is strong in execution. Without both, or with neither, the team will not be as effective. Team members appreciate when their individual strengths are utilized to optimize team performance. Not using a person’s strength, especially when the team needs it, hinders team performance and individual contribution and work fulfillment.

When roles are clarified, this also minimizes the possibilities of conflict, because tasks are coordinated to reduce confusion on who is responsible. “Stepping on toes” and “overstepping boundaries” become less common, improving the team’s performance. The team members know how to work together in a compatible manner. As the popular saying goes, “Teamwork divides the task and multiplies the success.”