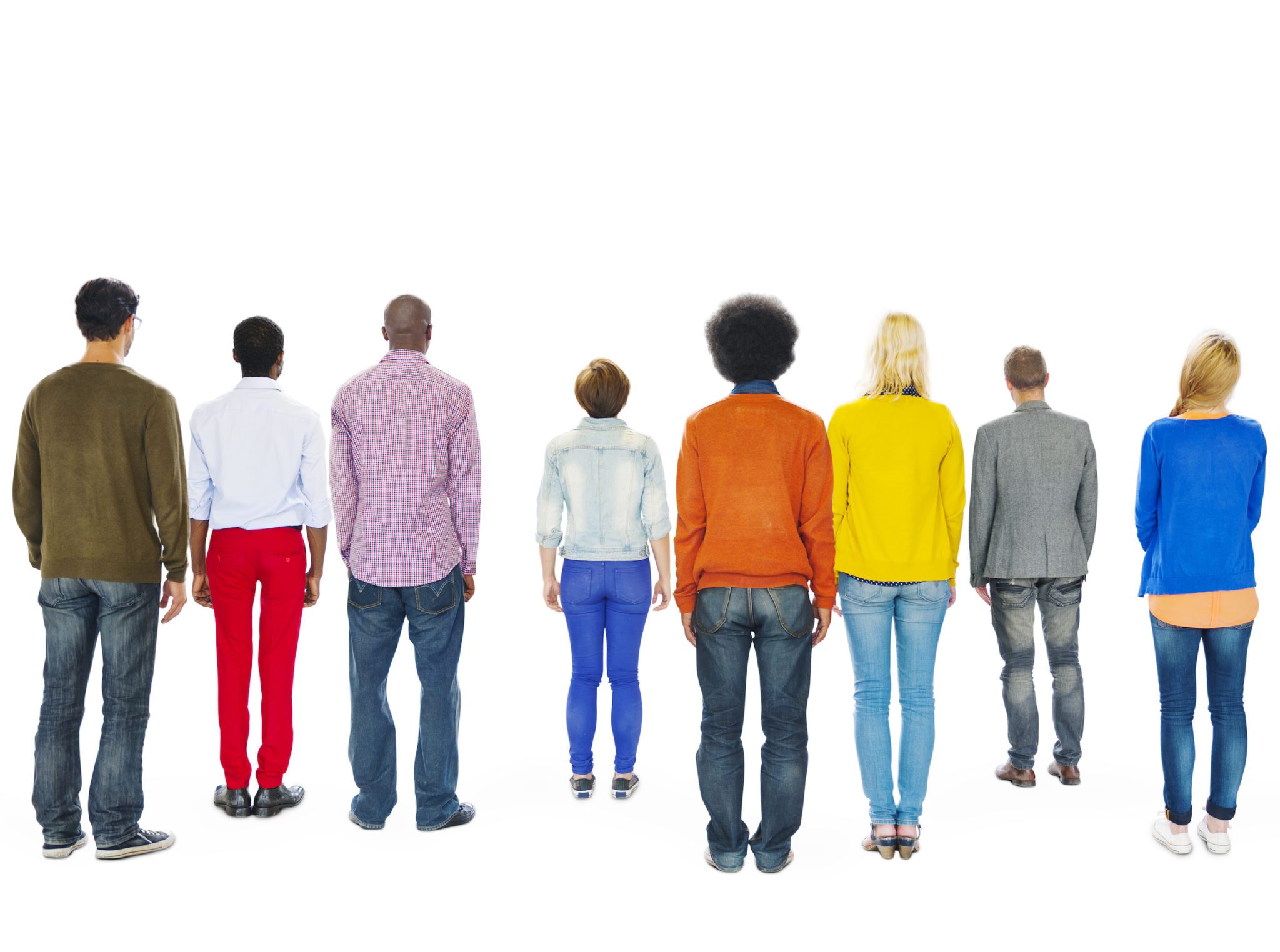 The Tyranny of the Status Quo

Organizations are failing their people by creating — and losing — an imaginary war for talent.

Since McKinsey & Co. published “The War for Talent” more than two decades ago, organizations have run amuck trying to figure out the right recipe for ranking, attracting and retaining the “right” people. Let me be heretical: This is a waste of time.

The problem is not getting the “right” people; the problem is that most organizations take incredibly able, smart people and then make them stupid. Deep in their core, in local teams, organizations unwittingly “domesticate” people to certain ways of working. Some people flourish amid this domestication, and we call them “talent.” Other people flounder, and we work to exit them or give them mediocre performance reviews year on year.

The problem, I would assert, is not the individuals involved — it is our feeble understanding of how domestication happens and what we can do to replicate the greatness of the highest performers in any organization. Organizations need to stop obsessing about trying to get the right people and instead reshape what they are doing to people once they come on board.

The Problem of Domestication

Watch a new employee of your organization: their tentativeness, their ability to observe and their sensitivity to the “norms” of the place. These people are on the front lines of one of the most powerful, undocumented processes within every organization: domestication. Organizations are like goldfish bowls: People experience a shock when they are dropped into it, but they quickly acquiesce to the “water” that surrounds them — everything from work processes and working hours, to internal “enemies” to when it is OK to speak up about something. Before long, they become domesticated to the goldfish bowl; they become victims of the tyranny of the status quo.

There is a famous story from the heyday of General Electric. Like many organizations, they had sourced graduates from the pantheon of business schools — Harvard, Wharton and Yale, to name a few. But the bulk of this talent crashed and burned within two years. These bright people got frustrated with the machinations of GE and left for greener fields. What GE discovered was that while they were hiring the “best” people out there, those people were not a good fit for their goldfish bowl. So they shifted tact: Instead of sourcing their graduates from “the best” business schools, they started looking for a certain type of graduate — individuals who had attended second- or third-tier regional business schools and who had grown up in rural areas with a strong work ethic. They shifted their recruitment approach, and new hires flourished.

The example of GE is a double-edged sword: It is an organization using its smarts to find people that fit, but it’s also an organization caving in to the realities of its own domestication. Organizations don’t tackle the challenge of domestication because it is not recognized as an actual thing, or it falls under the “too hard” category. The reality is that organizations need a different, more applied way to help talent flourish, and the key is within the current pool of talent.

The starting point for leveraging domestication, and creating more talent, is recognizing that organizations are much more than the hierarchical charts and process maps that abound. At their core, organizations are social systems, and they are very tribal places.

Despite how good your onboarding program is, that is not how people learn to do work, and that is not where people learn what is important and how to behave. They learn these things from the people around them; they learn, socially, from their teams.

Organizations do have one thing right: At any hierarchical level, there are people who overperform. We call them high potentials, or HiPos, and they are doing things differently and getting bigger results. Unfortunately, what we do with these people is all wrong. We send them to special programs with other HiPos (which, I guess, is the organizational equivalent of a gifted and talented program). Leaders quietly whisper their names behind closed doors, afraid of what others would do if they knew who we thought was doing great.

We need to let go of our obsession with individualism and the psychological lenses that define every crevasse of organizational life. We need to channel our inner Jane Goodall and learn to study and replicate what great performers are doing. The people who thrive in your social system are the key to replicating talent and creating it everywhere. “Replicate great” — that is my battle cry.

When we have studied high performers, we find that they execute certain routines, or important social interactions, in distinctive, differentiating ways. In our language, they execute the social “moments that matter” differently. They take the regular, social interactions that are critical to performance, and they do them in more effective ways. The ways that they execute routines are codifiable, and they can be replicated across broad swaths of people. Organizations need to move away from focusing on individual HiPos and start to help the organization, at any particular hierarchical level, recognize the secret sauce of high performance.

An arm of the Australian Federal Government had undertaken a significant digital transformation, and the wheels were coming off the bus. While they had made progress on developing digital platforms, the behaviors of local teams lagged far behind and were derailing the adoption of those digital solutions.

It would have been easy for this organization to say, “We have a talent crisis,” fire hundreds of people and start again. But they decided to go in a different direction.

In May 2017, their metrics on two critical drivers of adoption and performance were in the mid-30s out of 100 — not a good rating. Instead of looking at their process maps or communication plans, we identified that one layer of the hierarchy, in particular, was key to getting execution right. Every organization has such a layer — called the cement layer, the clay layer or the frozen middle; they are the midlevel managers through whom all new ways of working flow down, and all performance and on-the-ground information flows up. As we looked at this population, we saw “talent” — there was a subset of this population (about 8 percent) who were shooting the lights out — their performance ratings were high, people were happy and digital adoption was stellar. In a “normal” organization, we would have bestowed garlands on this population, given them bonuses and whispered their names in executive corridors … but not here.

Instead, we studied this group of talent. We looked at how their day-to-day routines were different from the “average” leaders at their level. You see, while organizations tend to look at people through the lenses of competencies and capabilities, that is not how they work. They work through moments, and some of those moments matter more than others. As we dug into this level, we found that there were five routines that differentiated performance, and they broke into two types of routines: project routines (how these managers worked with their team to deliver) and hygiene routines (how they built and maintained relationships in the normal flow of work).

We created one-page summaries of the findings on each routine. These one-pagers laid out the data, the findings around the gaps, and some stories and best practices. We gave them to the midlevel managers, their teams and their bosses. The local leaders and teams began to integrate discussions about these routines into their team meetings; bosses started to show interest in how particular routines were being carried out. What we found is that once we had codified these routines and made them visible to people, they spread like wildfire. Within six months, the performance of this population (based on the two critical metrics we were tracking) jumped to 85 percent and 67 percent. Everyone paused, as no one could believe what they were seeing. Instead of having a shortage of talent, the organization saw the sea level of talent rise across the board.

Organizations struggle with things like behavior change and culture because they use the wrong lenses to affect them. Organizations are failing their people by creating — and losing — an imaginary war for talent through self-inflicted wounds. I have seen a litany of incredibly smart, high-performing individuals moved from one part of a business to another, only to fail miserably. The cause, according to conventional wisdom, is that they lacked the right capabilities or that we mis-assessed them in their previous role. But perhaps the problem isn’t the individual at all. Perhaps the problem is that we don’t understand how local patterns of work vary and how routines need to morph with different contexts. At the very least, organizations are not pulling the right levers to help people succeed.

Todd M. Warner is the founder and CEO of Like Minds Advisory. He was previously the vice president of learning at mining firm BHP. To comment, email editor@talentmgt.com.