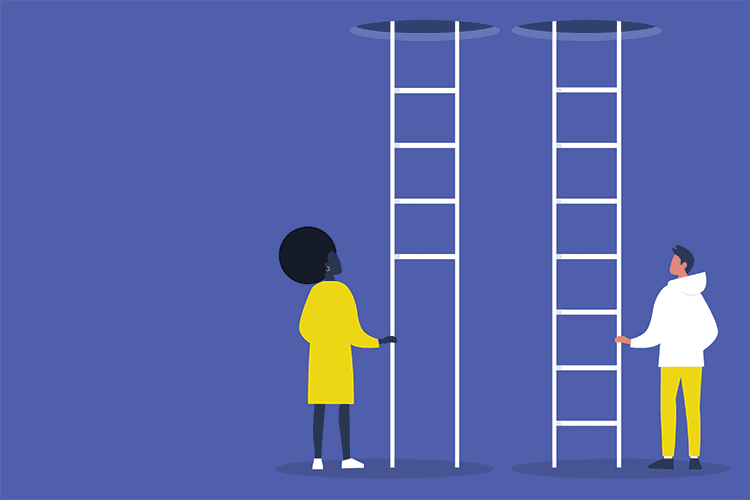 A few years ago, I was the keynote speaker at a women’s diversity conference. That morning, I was chatting with Annie McKee, director of the University of Pennsylvania CLO program. We are both from the same generation, having entered the workforce with the hope of a more promising future for women in corporations. As we got ready to go into the conference, Annie asked me, “Why aren’t we seeing more success in advancing women? Did we drop the ball?”

I’ve often thought about Annie’s question and my best answer is that there are a lot of us who have dropped the ball and even more who didn’t realize the ball was in play. That being said, we have made progress, and my goal is to help corporations continue to do so.

Unfortunately, many women and corporate leaders continue to cling to what I call the “meritocracy fallacy.” It’s the belief that female talent will be noticed and promoted to leadership roles and, as a result, gender parity will be achieved. If that were the case, we would have been at parity years ago, since large numbers of talented women have been part of the workforce for almost half a century and, today, the workforce is more than 50 percent women.

Yet those numbers get smaller and smaller as we move up the corporate ladder, with only 26.5 percent of executive or senior-level positions in S&P 500 companies held by women and just 5 percent of CEO spots. In fact, women buying into the meritocracy fallacy has actually deterred their advancement. It has often led them to keep their nose to the grindstone and to overlook a crucial career-advancing reality: It’s not what you know. It’s who knows you know.

The good news is that senior leaders are becoming increasingly aware that change will happen only when they pick up the ball Annie alluded to. More and more, they are prioritizing retention and advancement of female talent as a major corporate objective.

After 25 years of working with leading corporations, I’ve identified five key strategies that support the development and advancement of female talent into leadership roles.

1. What Gets Measured Gets Attention.

Numbers are the language of business, telling the corporate story and understood by managers throughout the organization. Yet until recently, data regarding attracting, developing and retaining female talent was almost nonexistent. In order for gender parity to move front and center and for more women to reach leadership roles, initiatives must be objectively measured.

Organizations need to compile facts and figures at all levels. How many women are hired? In what departments? At what locations? In what roles? How many are promoted? How does that compare with their male counterparts? Reviewing data of this kind over a three- to five-year period helps companies understand where and how they are succeeding with gender parity and where they need to increase their efforts.

Additionally, managerial performance needs to be tied to measurable results in attracting, retaining and advancing female talent. Managers must understand, as communicated from the highest levels, that they are expected to meet specific, tangible goals that proactively move the needle of gender parity.

Data is objective. Opinions are not. Sharing facts, figures and findings, including the disparities between men and women in the organization, as well as attitudinal misconceptions, can move gender parity initiatives forward at every level. Additionally, numerical data can help the entire organization progress to a culture of conscious inclusion, based on hard facts about what needs to change.

For example, a 2018 study by my organization, Women Unlimited study of more than 5,000 talented women and their male managers on the breadth and depth of the developmental support women receive showed wide disparities. Managers overwhelmingly gave themselves significantly higher marks than the high-potential women. Forty-seven percent of managers felt they helped women “explore other roles for growth and development” as opposed to 28 percent of the women surveyed. Fifty-four percent of managers were confident they “provided stretch assignments.” Far fewer of the women thought so, at 26 per-cent. Seventy-two percent of surveyed managers believed they helped women explore ways to “apply key learnings” from development programs. Only 33 percent of the women agreed.

These disconnects are indicative of how women and their male managers and colleagues view the corporate landscape differently. Data is crucial in helping bridge that divide.

3. Feedback Is Not a Nicety. It’s a Necessity.

Lack of honest, career-developing feedback is a long-standing barrier to women achieving leadership roles. Too often, the feedback doesn’t go beyond, “You’re doing great, just keep doing what you’re doing.” In our Women Unlimited survey, only 52 percent of women felt they received needed feedback from their managers. Without feedback that specifically spells out strengths, as well as areas of growth needed for advancement, women stay stalled in the same positions, often for their entire careers.

Receiving needed feedback is a two-way street. It is as much up to the women as it is to their managers. Women need to look at their career aspirations and understand how to recalibrate their skills and capabilities for future positions. Then they need to ask their managers and others in the organization for the best ways to hone those skills so they are in sync with corporate needs and goals. Women need to be willing to hear and accept criticism as well as praise. And they need to seek out feedback not just when their performance is being reviewed, but regularly.

Without profit and loss experience, it is virtually impossible for women to advance to positions of corporate leadership. Statistically, women are much less likely than their male colleagues to hold positions with P&L responsibility at early and midcareer levels. They are disproportionately in staff roles and they do not tend to gravitate to line positions at anywhere near the same rate as men. As a result, women are at a major disadvantage in their path to advancement.

Aside from the obvious skill sets, a number of additional career-boosting benefits accrue from P&L positions taken on early. These positions are more likely to result in visibility among corporate power players, upping the possibility for being noticed by potential sponsors and advocates. P&L skills are applicable across virtually any industry and any specific job. Mastery of financial issues builds strategic decision-making prowess — exactly what is needed at top leadership levels.

To ensure that more women have this needed P&L experience, corporations must actively and intentionally pinpoint high-potential women early in their careers and help them navigate to positions that build their financial expertise.

Women are often less likely than their male colleagues to understand the importance of mentoring relationships, especially early on in their careers. Unlike their male counterparts, they don’t unleash the power of mentors as sounding boards for success. They don’t look to mentors to provide insights on their career goals and on navigating the corporate landscape based on those goals.

In my independent research, compiled in a white paper, “Women’s Mentoring Wisdom,” I found that midlevel female talent who experienced the most successful mentoring relationships displayed three similar characteristics. First, they prepared for the meetings with their mentors by defining their career goals and what they wanted from the mentoring relationship. Second, they took to heart the insights their mentors provided even when challenging behavioral changes were required, and they “showed up” in new ways at work that advanced their growth and development. And third, they leveraged their learning from the mentor relationship to build organizational relationships. As a result of being intentional in these ways, they were able to develop career-advancing strategies that would have been impossible to develop on their own.

Additionally, in Women Unlimited’s research of 2,500 high-potential women and their mentors, we found that women benefit from having both male and female mentors. Corporate leaders (especially male leaders), when they mentor women, also gain insights and empathy for the challenges women face. They then apply these insights to their own organizations, improving both their leadership roles and their advocacy for women.

In other words, the benefits of effective mentoring relationships have proven to be far more pervasive than career advice and support for mentees. Both empirical and anecdotal research have repeatedly shown that mentors, corporate leaders, their teams and the corporation as a whole are all also beneficiaries.

As I look at the small number of high-level female leaders, I am not inclined to play the blame game or analyze who dropped the ball. I am much more predisposed to think of success as an all-in reboot. No one is exempt, no matter their department, their position or their location. Obviously, some have more responsibility than others to move initiatives forward. Corporate leadership needs to be the driving force behind requiring change, accountability and metrics, because if the boss wants it to happen, it will happen.

Managers must be willing to step up, offer women high-visibility assignments and provide them with the same type of straightforward, career-advancing feedback they provide the men on their teams. CLOs and their teams need to assess the right mix of internal and external development programs that help women at all levels prepare for advancement, keeping in mind that there is no one-size-fits-all and that development must start early.

Organizations must foster an environment where talented women move into P&L roles as seamlessly as their male colleagues. They need to help facilitate the mentoring process and encourage both men and women to take on mentoring roles.

Finally, women themselves must take responsibility for their career growth and development without waiting for someone to invite them to step up. They need to actively seek out feedback from their managers and to develop relationships that help them understand how their advancement will contribute to corporate growth and profitability.

Most important, success will not happen piecemeal. Latching on to one or two strategies and claiming victory will continue to stall the development of the large number of female leaders corporations will need in the years ahead. “All in” has got to be the name of the game. 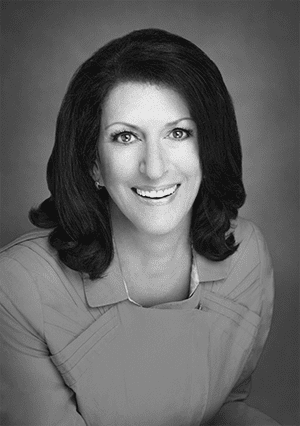