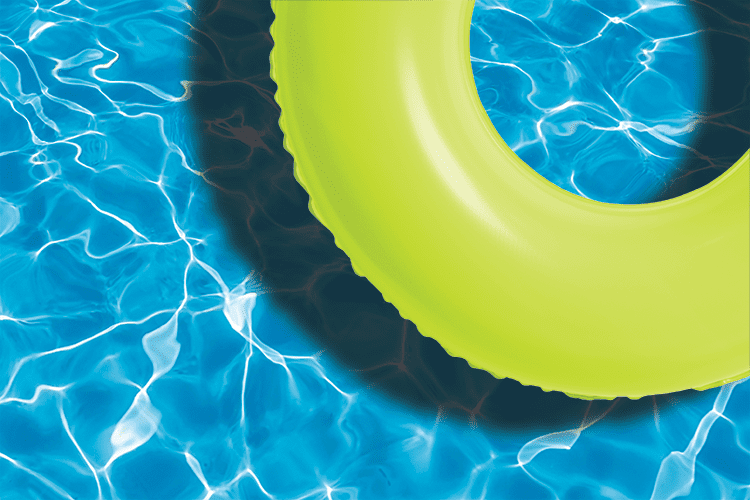 Fill Your Own Tech Talent Pool

Could apprenticeship programs and corporate universities be the solution to the deep end of the talent gap?

These days, every company is a technology company, which means demand for IT talent is never going to go away. And despite aggressive efforts to push teens toward STEM degree paths, colleges are just not graduating enough software engineers, coders and other tech talent to meet current hiring demands.

Sixty-five percent of tech leaders say the skills shortage is the highest they’ve seen in a decade, according to the 2018 “Harvey Nash/KPMG CIO Survey,” and it’s only going to get worse as demand for candidates with computer science degrees continues to outstrip supply. One study from Computer Science Zone, “The Technology Job Gap,” predicted that within the next 10 years, there will be 1 million more computing jobs than graduates to fill them.

It sounds daunting. However, the lack of computer science graduates isn’t really the problem; it’s how companies think about the people they hire to fill these roles — and the development they provide once they arrive.

“Companies say they have trouble finding talent, but they have been slow to provide training to help candidates get the skills they need to do these jobs,” said Angela Hanks, director of the workforce development policy center for the Center for American Progress.

There is an assumption, especially among companies hiring tech talent, that these employees should come to the company fully formed, degree in hand and ready to tackle any technical challenge put in their way. But in a bustling economy where tech unemployment rates are less than 2 percent, according to the Bureau of Labor Statistics, this is a naive approach to recruiting — and it is getting in the way of progress. Fifty-four percent of business leaders surveyed by consulting firm Capgemini report that the digital talent gap is hampering their digital transformation programs — yet just 11 percent say they plan to add training or upskilling to address these gaps, according to Randstad Sourceright’s 2018 “Talent Trends” report.

This disconnect has exacerbated the tech talent gap as companies ignore great candidates because they don’t have the exact credentials or experience to meet their job descriptions.

However, it is also creating opportunities for companies who are willing to invest in training to mold enthusiastic, ambitious candidates into high-performing loyal workers who have the exact skills needed for the job.

“It is all about shifting your perspective from the credentials to the skills,” said Chris Bay, vice president of education for LaunchCode, a nonprofit technology training and apprenticeship company based in St. Louis. “If a candidate has basic skills, they can learn and grow on the job.”

Passion: The Only Real Credential

When companies make this shift, they open themselves up to a much broader, more diverse talent pool to fill their technology needs, said Joanna Parke, chief talent officer of ThoughtWorks, a global technology company headquartered in Chicago.

ThoughtWorks has always sought out nontraditional talent for tech roles, and it invests in programs to support career changers and women returning to the workforce, Parke said. “Our founder believed that if you can find smart people who can collaborate, they will come up with much better solutions than a homogenous group of people with identical learning experiences.”

Their only criteria: find people who are passionate about their field or area of study, whether its technology, art, business, music or even forestry, with the idea that the company can train them for any role. While most of ThoughtWorks new hires have dabbled in technology, few have formal computer science degrees, and that’s OK, she said. “It is a lot easier to teach technical skills than passion.”

ThoughtWorks’ recruiting strategy means most new hires require more training than a traditional two-day onboarding program. “It’s a steep learning curve,” Parke said. But the company has honed its training offering to get candidates up and running in a matter of months.

Tania Abdollahi, for example, was a business major at UC Berkeley and was working in recruiting in 2015 when she was hired by ThoughtWorks after attending a Write/Speak/Code meetup event at the company’s office in New York. “The bootcamp gave me a good foundation to start, but I needed additional support,” she said.

Before her first day, the ThoughtWorks team sent her online coding assignments to help her prepare. Once hired, she was sent to a six-week new hire training program at ThoughtWorks University in India with a cohort of 90 other new hires from around the world. The program immersed them in programming and developer training, along with soft skills courses on communication and consulting. Back on the job, she continued to learn through paired programming assignments and mentoring over the next two years. “ThoughtWorks University helped me bridge the gap,” she said. Now she’s working with major clients on project sites around the world.

This level of training is a big investment, but it has allowed the company to expand to 42 offices in 15 countries and to be named one of AnitaB.org’s Top Companies for Women Technologists in 2017. “This approach has given us an advantage in our industry space,” Parke said.

ThoughtWorks is no longer an anomaly as more companies start to question their recruiting biases. “A lot of tech jobs don’t require a CS degree,” said Kelli Jordan, head of IBM’s New Collar Initiative, a portfolio of programs supported by IBM designed to find and train nontraditional candidates for technical jobs. “The New Collar Initiative is all about changing the way people learn,” she said.

New Collar supports multiple learning programs, including P-TECH (Pathways in Technology Early College High School), an accelerated high school and community college program that features coursework designed to get students ready for the workplace faster so they can take on hard-to-fill midlevel tech jobs. IBM founded the P-TECH program in 2010 and it has since expanded to 90 schools nationwide, Jordan said.

Additionally, IBM offers the STEM Re-Entry Taskforce for employees who left the workforce and want to return. “This program attracts many women who dropped out in their 30s and find returning to the workforce a little daunting,” Jordan said.  IBM launched the program in partnership with The Society of Women Engineers, iRelaunch and other global firms to make coming back to the tech industry easier. It offers candidates a full-time paid 12-week “returnship” where they work on high-level projects with a senior-level mentor while receiving skills training. Many of these returners are former technologists, though the program has also helped non-tech experts find new careers in data analytics, cloud development, blockchain and other high-demand positions. “It’s a chance to master new competencies through training and on-the-job experience,” Jordan said.

IBM also offers a more traditional 12-month apprenticeship program where candidates from a variety of backgrounds work full-time on an IBM project team while receiving hands-on training. Throughout the year they can achieve credentials to demonstrate their mastery of new skills while on the job as a way to bolster their résumé. “We’ve had nurses, writers, teachers and a lot of vets go through the program,” Jordan said. “It is helping us build our pipeline and helping them develop new skills.”

Traditional apprenticeship programs for white collar jobs have been slow to catch on in the U.S., “but they are gaining traction,” Hanks said. Along with IBM, other companies such as Apple, Pinterest, Airbnb, Salesforce.com and Microsoft have all rolled out tech-based apprenticeships programs to fill their talent pipeline with aspiring tech experts. “It is a different approach to solving the talent gap problem,” she said.

It can also be a very effective model for finding and developing great talent, Bay added. “Apprentices will put more skin in the game because they see the opportunity.”

It’s important to note that apprenticeships are not the same as internships. Internships provide students with a glimpse of a specific career path over a short term, whereas apprentices are there to work and learn the skills needed for a specific job, which they hope to fill at the end of the program. Apprenticeship programs are more intensive than internships and require a greater investment in training and mentoring, but they often lead to a better-trained employee. “We benefit just as much as they do,” Jordan said.

Companies that have never trained talent into technical roles may feel overwhelmed by the prospect of creating an apprenticeship program or launching an in-house bootcamp, but it is okay to start small, Jordan said. She encourages business leaders to start by thinking about what skills they really require and how they could transfer their existing knowledge to a new generation of workers. “We have an opportunity to change the trajectory of the industry by looking beyond computer science degrees,” she said. “Programs like these are how the future of work will evolve.”