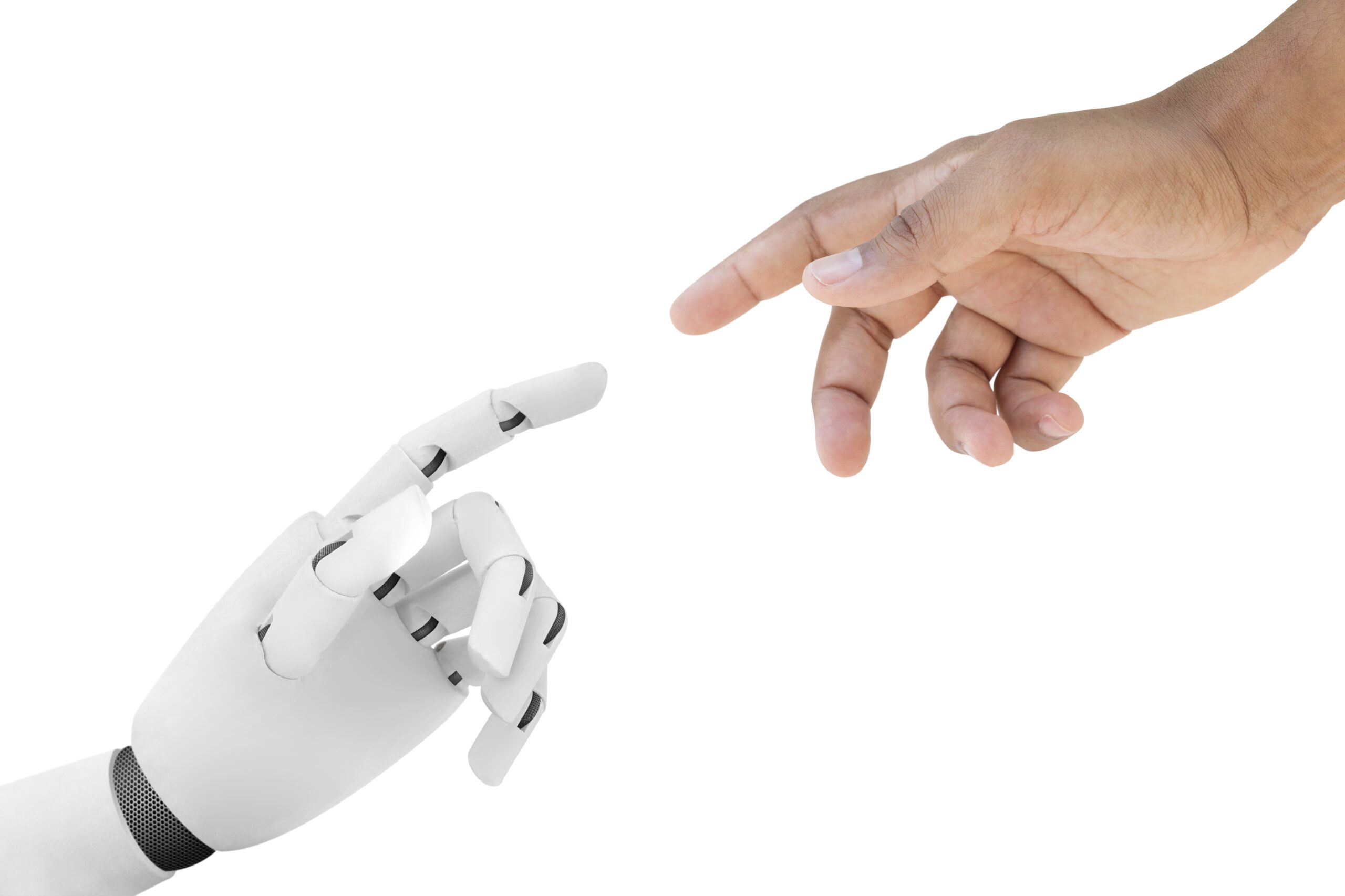 Investing in an Automated Future

Employers recognize that technological advances like AI and automation will require employees with new skills. Why are so few investing in the necessary learning?

With an artificial intelligence revolution overtaking the workforce, it’s clear that how work is done is going to change. That brings with it worry, especially for employees concerned about job security. But with the right skills, AI and automation don’t have to represent a loss. In fact, the coming rush of automation represents opportunity for many.

Katherine LaVelle, managing director of talent and organization for Accenture, said, “The majority of CEOs that we talked to said there will be an increase in jobs as a result of AI.”

As productivity increases thanks to technology, the net number of jobs available is likely to go up, even if they are dramatically different from previous jobs. However, in order to seize these jobs and up their productivity, employees will need to have the skills to interact with and guide AI. That is something employers can invest in now, before AI is fully adopted.

According to research performed by the McKinsey Global Institute, “62 percent of executives believe they will need to retrain or replace more than a quarter of their workforce between now and 2023 due to advancing automation and digitization.”

Although that number reflects leadership awareness of the necessary change, many are still hesitant to begin. Accenture’s “Reworking the Revolution” report states, “Only 3 percent of executives say they intend to significantly increase investment in training and reskilling programs in the next three years.” That’s not enough.

The changes caused by automation and AI have come on so fast that employers may not have had time to begin investing in the skills of their workers. In the past, technological change happened slowly enough that one generation could learn skills lacking among the previous generation. Now AI is becoming a necessity too quickly to rely on young hires simply picking up the necessary skills — integrating it into learning has become essential.

Artificial intelligence describes computer systems that are designed to replicate human intelligence and behavior, and includes areas like machine learning, deep learning and neural networks. AI also goes hand in hand with robotics and automation as the two can create machines that work intelligently alongside their human co-workers.

Accenture reported that worldwide spending on AI systems was forecast to increase 59.1 percent between 2016 and 2017. However, spending on the systems doesn’t mean employees are fully trained and able to work with or interpret data from those systems.

When that happens, LaVelle said, “You end up with a half-baked cake. You’re going to have the right technology if you do everything correctly around AI, but unless you have a workforce that’s prepared to design, implement and then manage the results of your artificial intelligence, you’re going to be in trouble.”

Employers with half-baked cakes may not yet see how learning and development fit into their plans. Businesses are still in the early stages of integrating the technology via automation, but LaVelle said they haven’t moved away from the novelty of the technology.

Ellyn Shook, chief leadership and human resources officer at Accenture, said, “Only a small few have reached the third stage, industrialization, which involves using AI at a large scale to introduce new business models.” Companies now need to seriously consider human requirements and capabilities alongside the capabilities of AI systems to advance beyond the current models.

Some employers may doubt their workforce’s willingness to develop the skills needed to work with the AI they have, which serves as another stumbling block to investment. Shook said that among leaders her team studied, “Almost one quarter say worker resistance is an obstacle to introducing AI.” However, the reality is that a large portion of employees are eager to learn the skills that will help them prepare for the future direction of work.

“They [employees] know that AI is the future, and they’re ready to go there,” LaVelle said.

Sixty-seven percent of workers Accenture spoke with feel it will be important to learn new skills in order to work with AI. Sixty-two percent said they believe new technology will lead to opportunities for their work. Shook emphasized that it is important to remember that employees are consumers as well as workers. “They use AI on their smartphones and at home. They speak to Alexa and Siri. They expect to do the same at work,” she said.

Employees know that with the skills to work with AI, they will be able to keep up if their job changes because of technology. Right now, all employers see is the cost of upskilling their entire workforce. But AI isn’t going away and ignoring it may leave potential growth by the wayside.

The Case For AI

Buying into AI systems as well as the training to use them isn’t cheap, but for many it may prove to be worth it. Shook said, “If companies spend as much on AI as the 20 percent most profitable companies, they could lift their revenues by as much as 38 percent in the next five years and lift employment by 10 percent in that time.”

She added that integrating AI will elevate the work employees perform. “AI will free them from repetitive tasks to spend more time with customers or patients or to do more creative and valuable work.”

AI has already been integrated into a number of industries to some success. Chatbots now interface with customers online placing orders, answering questions and booking hotel rooms. AI software can integrate with finance departments, shuffling numbers around without interrupting human workflow. Image-identifying AI can even help doctors diagnose tumors.

The McKinsey Global Institute report, “Jobs Lost, Jobs Gained: Workforce Transitions in a Time Of Automation,” states that, “Business leaders have much to gain by early adoption of automation technologies, enabling performance benefits such as quality and speed, as well as greater efficiency and productive use of all factors of production.”

But in order to earn boosted profits and better performance, AI will need to work closely with humans. “The greatest benefits will arise not when intelligent machines replace humans but when people and intelligent machines work together,” Shook said. A collaboration between the human ability to communicate, direct and discern with AI’s efficiency, processing power and relentless productivity is the key. That will require adjustment to the way work is done, and by who, at all levels.

The scale of that task can be daunting. “I believe that organizations don’t necessarily know where to start in creating skills around AI,” LaVelle said.

Deciding what skills to focus on when training for AI will depend on a number of things. The size of the company, the industry, the existing skills in the workforce and the scale of the AI or automation program to be introduced are all factors to consider. Regardless, experts seem to agree that a good place to begin when developing these programs is with the nature of the work employees do.

Many jobs have tasks that can be outsourced to AI or automated hardware. From that point, programs can get more specific with their training and include teaching the skills employees need to manage their new digital helpers.

While the technical knowledge of how to train, operate and program AI systems will be essential for some, all employees will find value in enhancing skills that are distinctly human. LaVelle said soft skills like negotiation, managing and conflict resolution are of particular interest. “Even when managing bots and AI you have to work through things,” she said.

Many experts also assert that upskilling workers in the middle of their careers is a good strategy. While at some point, jobs will exist that have never existed before and will require outside hiring to fill, right now employers can develop an AI-literate workforce. Midcareer employees are the ones who will likely face the most upheaval from automation, and with automation coming on fast, learning programs should be aimed as broadly as possible.

The specifics of these programs aren’t set in stone. LaVelle recommends learning leaders take advantage of providers who currently specialize in AI instead of building their own content. But whatever form they take, “Programs must be rapid, flexible, tailored and large-scale to maximize the value humans and machines can create together,” according to the Accenture report. Learning leaders should check in with their programs and see whether they meet these requirements to get ahead of the AI curve.

In addition, whatever programs companies choose to pursue, they need to be prepared for the long haul. “One of the most significant challenges is to help people train on an ongoing basis as AI technologies constantly evolve,” Shook said.

Shook emphasized that more change is on the horizon. “The first transformation is happening now. The second will evolve in the coming years as companies use AI to create entirely new ways of doing business,” she said.

McKinsey’s “Jobs Lost, Jobs Gained” report states that, “Workers of the future will spend more time on activities that machines are less capable of, such as managing people, applying expertise and communicating with others.” Employees down the line will require more social and emotional skills and more advanced cognitive capabilities. This means investment in skills like creativity and logical reasoning. Those are skills that AI can’t yet replicate and that organizations can begin developing right now to better prepare their teams to face the future.

While some individuals in the workforce are developing the necessary technical and soft skills on their own, businesses are in a unique position to teach AI skills to their advantage. “Business leaders will be on the front lines of automation and will have the earliest and most detailed knowledge about what types of skills they will need as they move to adopt the technologies,” McKinsey’s research stated.

Essentially, leaders who adopt AI early on will be able to determine what skills their workforce needs, as well as how to teach and distribute them, more quickly than those who adopt later. That leads to increased efficiency and a competitive edge and is important knowledge to have before change has moved beyond most businesses’ ability to catch up.

“If you’re not thinking about what workforce you need, it may be too late by the time you are to get the skills,” LaVelle said.

Ideally, companies will start adopting AI and investing in the future of their workforce now. The sooner AI is introduced, the sooner employees can get to know their new, digital coworkers.

Mariel Tishma is an editorial intern at Chief Learning Officer magazine. She can be reached at editor@CLOmedia.com.