A middle-class level of wealth should not be a matter of degrees.

Like the dream of homeownership for all, which drove America’s 2001-06 housing bubble and its subsequent collapse, many sectors of the U.S. economy currently are overpitching four-year degrees. According to analytics software company Burning Glass Technologies, 31 percent of postings for IT help desk roles request a bachelor’s degree. But when Burning Glass compared the job postings that ask for a B.A. with those that do not, the exact same technical skills were specified for both.

I dislike this trend for two reasons. First, it devalues a postsecondary degree — even a two-year degree — when employers require hires to have credentials beyond what’s necessary to perform well in a job. Second, there is a needless barrier to entry for those with a high school diploma who are able to perform a job paying a living wage.

Although a two-year or four-year degree increases earning power, according to the U.S. Census Bureau, these degrees are not necessarily the pathway to happiness or even self-worth. A few years ago, former Secretary of Labor Robert Reich wrote on his blog that equal opportunity shouldn’t mean a chance to get a four-year liberal arts degree; it should mean learning what’s necessary to get a good job.

As college costs continue to skyrocket, many parents won’t be able to afford a four-year degree for their children, or high school graduates will simply dismiss the idea of college because they don’t want to drown in student debt. Some colleges are even promoting how little debt their average graduate experiences, as if this makes the institution a better school to attend.

From Delaware to Colorado, trade groups are advocating for an end to pushing all high schoolers to pursue a college education. Contractors and building trades in Delaware are involved in redefining high school curriculum so students and parents are exposed to the opportunities offered by a construction career, where the average annual salary for a newly minted heavy-equipment operator is $61,091, excluding overtime and benefits. In Colorado, CareerWise, a nonprofit partnership between business, government and education, places high school students two days a week with an apprenticeship site where they learn about career paths such as advanced manufacturing, financial services and business operations.

Instead of treating the high school student’s mind as a tabula rasa, let’s better understand their aptitudes and potential early on. In Germany, students are guided toward a vocational learning track at age 14. I’m not certain whether that’s the ideal age to slot a student for a potentially lifelong career, but I do agree with Marc Tucker, president of the National Center on Education and the Economy, who advocates for making 10th grade the target for being college or career ready.

According to Tucker, if students can master disciplines like algebra and effective writing by the end of their sophomore year, they should be able to go on to take rigorous AP courses, earn an associate degree or begin real-world career and technical courses that set them up for well-paying jobs.

You might think these are policy issues beyond your scope. Your interest is finding talent, not changing the American education system. But other employers are taking up the mantle for that change.

IBM has a “new collar” jobs slogan: “No Degree, No Problem.” The tech company is opening the door to apprenticeships for people with the aptitude, resilience and grit to succeed, even if some don’t have a four-year degree on their wall. And the Robotics & Advanced Manufacturing Technology Education Collaborative, which is part of the Tri-Rivers Career Center in Ohio, teamed up earlier this year with Whirlpool to develop an apprenticeship program for area high school students. High schoolers who successfully complete the Whirlpool apprenticeship will eventually earn their journeyman card.

With input from American corporations, educators can teach high school students and even middle schoolers the technical skills needed by industry and create a pathway for these students to join America’s middle class. We can and should create a pathway to a middle-class level of wealth that is not exclusively based on attaining a four-year degree. It’s time for employers and CLOs to jump in and take action.

Lee Maxey is CEO of MindMax, a marketing and enrollment management services company. He can be reached at editor@CLOmedia.com. 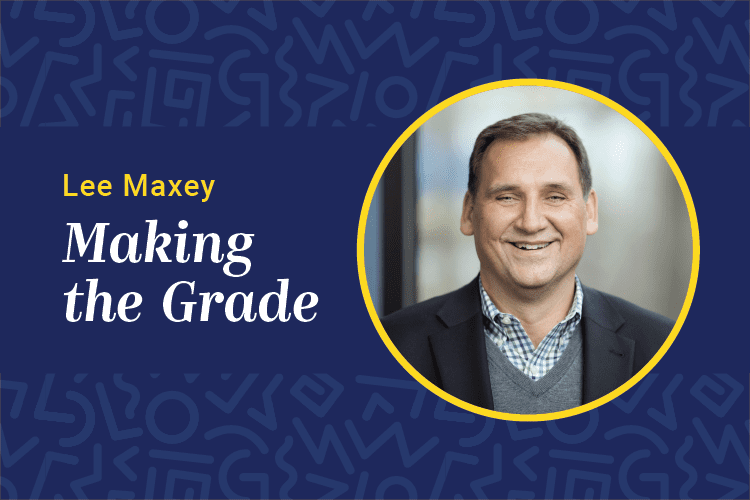