After a merger, Cox Automotive used video to drive peer coaching and align sales teams on values and approaches.

For most organizations, sales is a high-stakes, make-or-break business initiative.

At Cox Automotive, a business unit formed from the consolidation of Atlanta-based Cox Enterprises’ automotive businesses in 2014, it was complicated by the merger of what had previously been distinct sales teams spread across the country into one unified brand.

Between 2010 and 2015, Cox Automotive acquired Autotrader Inc., Kelley Blue Book and Dealer.com. Integrating each brand’s sales force into one team posed a challenge. After the merger, some salespeople had extensive knowledge in some areas and products and little knowledge in others.

“We wanted a solution that would help bridge the gaps so they could learn from one another after going through some regular product and sales-type training,” said Michael Whatley, Cox Automotive senior manager of learning design and operations in the media solutions group and sales operations. “We wanted to give them a platform that they could communicate and learn best practices from one another.”

The company settled on an approach that used the interactive video platform from Practice, a Philadelphia-based learning technology company, to enable peer-to-peer coaching and assessment and give the separate teams the ability to learn from one another.

Whatley said the biggest reason Cox Automotive chose to use Practice was the platform’s ability to allow salespeople to assess each other’s verbal and nonverbal cues using a consistent rubric. Another benefit is that if there is a superstar performance, Cox could use that video as a best practice for the rest of the team, he added.

Some sales representatives were submitting responses after trying four or five times to get it just right. “It gives them a chance to practice, tweak and refine their response before they submit,” Whatley said.

Emily Chonko, senior manager for business development at Cox Automotive, said the platform is effective at appealing to different learning styles. “It’s a well-rounded approach to learning,” said Chonko, who manages seven salespeople. Visual learners benefit from watching and learning from others, and those who like to learn through doing are able to practice by recording themselves, she added.

As the Cox Automotive salespeople submit their response to the prompts, the videos are reviewed by peers who provide time-stamped feedback and comments with a score based on a set of pre-established criteria.

“Their whole selling point is making sure that peer-to-peer interaction is really important — and it’s definitely something we saw proved through the feedback we got from the team,” Whatley said. “Having that extra layer of peer interaction as opposed to straight manager or trainer coaching was really beneficial.”

Whatley said peer feedback allowed people well versed in Autotrader.com and Kelley Blue Book to get feedback from others who knew the products of Dealer.com and vice versa. “It allowed them to play off each other’s strengths and weaknesses so they all are lifted up together,” he said.

Diana Thomas, an independent executive coach and former vice president of training, learning and development for McDonald’s Corp., said the Cox approach is an innovative way to use employees to train other employees. “Companies will win and thrive in any economic environment if they can tap into that base of knowledge of their employees,” she said.

Aside from saving the cost of having an expert coach employees across the country, Thomas said it also helps establish a culture of collaboration and nurturing others. The only downside is that a peer platform depends on people who may not be skilled in giving feedback. Sometimes they could come across as too harsh or condescending, she said.

“How people give the feedback can sometimes be challenging because not everybody gives feedback the way an individual wants it. They tend to give feedback how they would want to get it,” Thomas said.

She said it’s important to train people on how to give feedback to ensure that it comes across as intended and aligns with the company’s culture. Chonko said she hasn’t seen negative effects in her team.

In the Practice platform, managers can also submit their own videos and Whatley said manager submissions were viewed and graded by trainers and subject matter experts.

Cox Automotive has a desired proficiency rate of 80 percent. If sales representatives don’t hit that mark, they take feedback given by peers and instructors and are asked to retake it, but Whatley said most people pass on the first try. They can also view a model response developed by the training team to refine their presentation going forward.

“The business development team are our Type A hunter salespeople,” Whatley said. “They are the ones that really want to learn, they want to go out and be successful — so they really took to learning from one another.”

The platform was originally rolled out in January 2017 at the annual sales meeting where Cox expanded the business development team. Whatley said salespeople were asked to stay an extra couple of days so they could receive product training. From there, they were assigned the video role-based project and introduced to the platform.

After giving the team three prompts with a three-week turnaround for completed videos, they received primarily positive responses. Whatley said sales representatives liked that they received quality comments from peers as opposed to thoughtless comments to simply get through the exercise.

While most salespeople were on board from the beginning, Whatley said the main pushback was due to nervousness about being on camera. “Even though these are Type A people that stand up in front of people delivering presentations all day every day … once you turn that red light on the camera it’s a different ball game,” he said.

But once they saw their peers do it and put themselves in a vulnerable place, salespeople were more willing to accept the reasoning behind it. “They understand the benefit of role-play [through video] far outweighs the cost of having to bring everyone together to do a traditional role-play,” Whatley said.

Whatley said the video role-play gives the sales representatives the same kind of coaching and in-the-moment feedback that in-person role-play does but also allows them to get feedback from people around the country they might not normally hear from and with particular brand expertise.

Thomas, whose own coaching is done primarily virtually, said the pros of virtual training far outweigh the cons. It is significantly cheaper and can scale. “If you can use technology but make it personable, it really can fill the gaps and create this cohesiveness when people aren’t in the same location,” she said.

Beyond cost savings and cultural integration, Whatley said Cox can’t point to an increase in dollar amount of product sold yet but said business development teams are more comfortable with the full suite of solutions than they were before the program rolled out.

“The way we measure comfort with solutions is based on increased sales in those product areas … and using this team as sales subject matter experts for training other teams,” Whatley said. “During our initial pilot, we had 150 people in the platform and have expanded that to upward of 400.”

Dealer success consultants, another part of the Cox Automotive business development team who consult with auto dealers about their digital marketing strategy, are also running into a similar challenge with understanding the intricacies and nuances of the newly merged platforms: Autotrader.com, Kelley Blue Book and Dealer.com.

In coming months, Cox will use the platform to assess their ability to have client business conversations including discussing metrics and recommended optimization strategies. The platform will also be incorporated into Cox’s new hire program to facilitate role-play and feedback.

Chonko said Cox has been moving more toward a virtual learning environment over the past two years and has found it to be a more robust way of learning.

“What was compelling about this experience was being tasked with a video as opposed to a simple Q&A or a simple multiple-choice quiz at the end to test knowledge,” she said. “Video tasked us with framing up the conversation and being able to articulate it.” 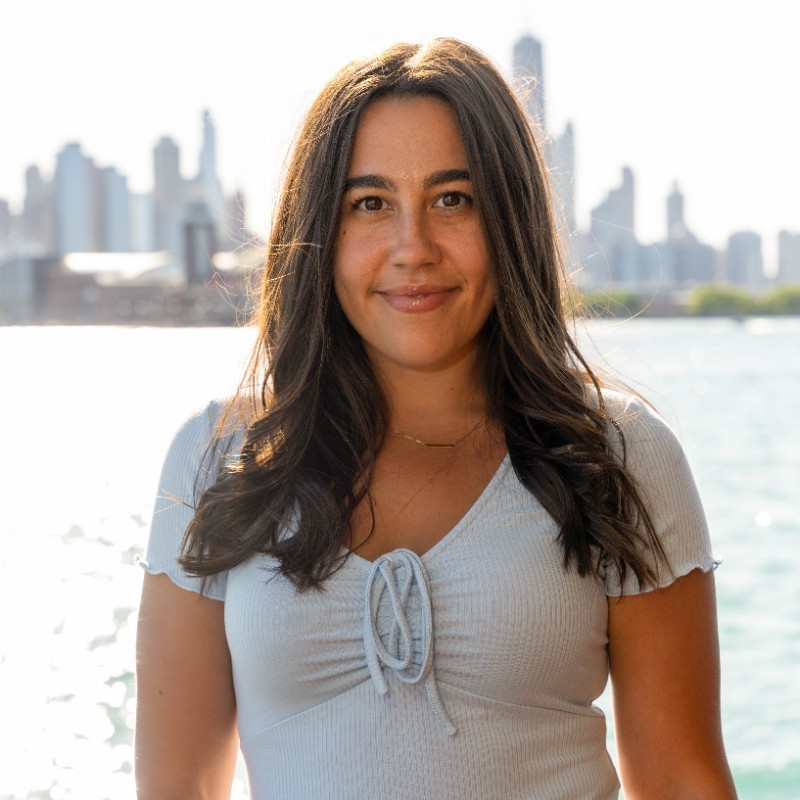