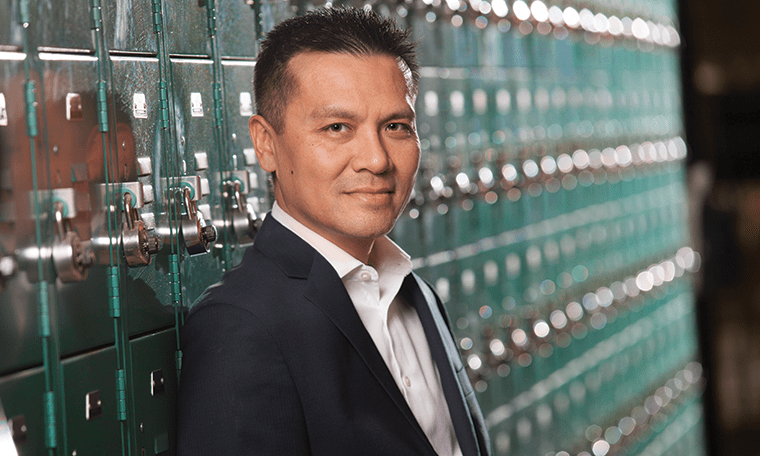 The Learning Side of Sears

Frank Nguyen has a knack for entering companies during periods of significant transition.

It happened at Intel Corp. in 1999 during the Y2K frenzy when the technology company wanted to get 100 trainers off the road. It also happened at American Express Co. in 2007, when the home sourcing movement emerged, and leaders were trying to figure out how to hire and train call center agents who worked off-site.

And it’s the case now. Nguyen is the vice president of learning and performance at Sears Holdings Corp. — which includes the storied retailer Sears — working with business leaders to transform a company that many business analysts have said is skirting the edge of failure.

Over the years, he’s learned that when companies are in a state of transition, that’s often the most opportune time to do innovative work. Sears, once well-known for its trademark Sears, Roebuck and Co. catalog, has been around for more than a century, and Nguyen doesn’t see it disappearing overnight. “In fact, I’m 100 percent certain that some form of Sears will survive; it may just not be the Sears that you and I knew growing up.”

In the past decade or so, the old-school version of Sears has become a distant memory. Once one of the country’s leading retailers for everything from clothing to household goods, appliances and automotive services, the company has fought to compete with rivals like Costco and Wal-Mart, specialty stores like Home Depot and e-commerce giants like Amazon.

Sears Holdings, which was founded in 2005 after Kmart bought Sears, Roebuck and Co., has seen its sales steadily decline since then, Fortune reported in April 2016. That was the same month the company announced it would speed up closure of underperforming stores to restore profitability. Several months later, the company disclosed a net loss of $748 million for third quarter 2016. In its results release, Sears Holdings Chairman and CEO Edward Lampert said the company would continue its cost reduction measures and improve its gross margin performance.

As the company strives to become profitable again, reinventing itself to lean less heavily on its brick-and-mortar locations, it is — among other things — looking to learning and to its people for value. Nguyen said the retail reality is this: Products across competitors are virtually the same; pricing is transparent, thanks to the web, and so is product information. People have to be the differentiator.

In sheet music, dal segno is a symbol used to tell musicians to repeat a given section. At Sears, Segno is the name of the learning and performance management system Nguyen and his team built to support the company’s metrics-driven roles and promote a culture of continuous learning. It includes two data-driven tools, Segno Expertise and Segno Reputation. Segno challenges the notion that hiring and training people at onboarding is enough. Rather, learning is a gradual process that can come from formal training, making mistakes on the job, reading a magazine or blog article, or supporting a customer. The platform honors all of these learning experiences.

“What do I want from a retail associate when I walk in a store?” she asked. “They need to know the merchandise very well. They need to be someone who is cheerful and helpful and have a personality for the public.”

Customer satisfaction is critically important, but Nguyen’s philosophy on learning doesn’t exist solely to drive the company’s competitive advantage, it encompasses a vision beyond than that. One of Nguyen’s biggest inspirations is Tiffany Morris, the company’s vice president of talent management and human resources. Morris got her start at Sears as an apparel associate and worked and learned her way through the business.

“That’s kind of the perspective that we have to have as corporations,” he explained. “It’s not just training people for a job, it’s actually, can we give them the skills to prepare them for a lifetime?”

Nguyen uses Segno Expertise and Reputation together, relying on data and gamification to help make that happen. Segno Expertise shares some similarities with a typical learning management system. It can deliver and track e-learning and capture attendance at an instructor-led training, for instance. But it also can track learning that happens offline, things like reading an instructional brochure or a coaching conversation between an employee and a manager. These learning engagements are recorded and quantified, yielding a score that represents how much employees know.

If Expertise captures what employees know, Segno Reputation takes that information, casts it alongside business data about their job performance, and gives them an idea of how well they’re applying that knowledge. If an associate’s learning metrics look good but Reputation shows they are not doing well in customer service, Expertise can recommend content objects, or peer or leader activities to bolster their progress.

Nguyen said developing Reputation has been an  eye-opening journey. “It’s actually the first time in my career that we’ve dug so deeply into performance management as a learning organization and used data the business is generating and correlate it back to learning.”

Segno also gamifies expertise. “Forget about ‘Call of Duty’ or forget about ‘Pac-Man,’ it’s not even about that,” he explained. “It’s really about giving people goals and quantifying their performance against that goal.”

Sears Holdings’ future will require multiple things from learning and development, Morris said. The company needs to be thoughtful about learner consumption habits, and it needs to give people access to a wide variety of learning and development in and outside of their role. The company’s transformation strategy also involves using technology to connect people to products and services, so the employees’ own brand interactions need to mirror that.

With improved ways to collect data and the company’s increasing integration of technology into its business, Morris said Nguyen and his team have been exceptional at marrying learning and other data her department generates with business results. For instance, Segno has helped leaders understand what’s working and what’s not from a results perspective. Essentially, Nguyen’s technology expertise and his diverse work experiences have helped to distinguish him.

He started out in the IT sector, working as a systems engineer for a few years after he finished his undergrad work in philosophy at the University of Arizona in Tucson. During his master’s program in educational technology at Arizona State University, he took an internship at Intel around the time people were first figuring out e-learning. “Of course, back then, we didn’t call it e-learning. We don’t know what to call it,” he said.

The three-month internship, during which he built the company’s first online course, turned into a seven-year stint where he moved up the ranks and built a learning management system that ran for 10 years. He also pursued his doctoral degree during that time, studying educational technology at ASU. Nguyen served as director of learning innovation at American Express before arriving at Sears Holdings in 2013 with the charge to transform learning for the company’s Sears and Kmart stores as well as its call centers and other operations, totaling roughly 150,000 employees.

On paper, “I probably shouldn’t be doing what I’m doing,” Nguyen said. His family were refugees from the Vietnam War who arrived in the U.S. with nothing — “maybe a box of cigarettes they sold off in the refugee camp.”

But he had help along the way. Nguyen said he can name a half a dozen people from elementary school all the way through college who were instrumental in his life. They had no reason to help him, but they went above and beyond the job description of teacher.

Colleen Ruth was simply his high school chemistry teacher, but later became a mentor when he became her teaching assistant. She’d go on to help fund part of his college degree, and they remain connected. “I never really knew any of my grandparents, but she was probably the closest I had,” Nguyen said.

Support like that was part of what drew him to education as a profession. It was the idea of not making money but making people — “and how do you help them advance their lives not just from a professional standpoint but a personal standpoint, too?”

Between his time at Intel and American Express, Nguyen spent some time in academia at San Diego State University, but it was the right place at the wrong time, he said. “I’m actually able to help grow and develop people more than even when I was a professor at a university, which is kind of ironic.”

Still, even in a corporate setting, Nguyen is the consummate academic. He is Socratic in his questioning of assumptions and practices, turning them over to see how they can be improved. He leads a team of about 120 people — half of whom work in a traditional learning organization, the other make up a team that serve an innovation function. The latter is composed of recent college graduates who take on the task of solving a complex problem — likely seeking an answer that will require more time than their program allows. But that’s part of the point, Nguyen explained. It’s about the challenge.

He likes to solve problems in unconventional ways, and he encourages his team to embrace this view. To approach a problem from a typical vantage point is to be an order taker, he said. To do otherwise will produce better, more effective results. “That’s really how innovation happens. It’s thinking about not how this has always been done but how it could be done.”

Nguyen wouldn’t mind carrying this spirit with him into a second life in the Arizona community where he spent his adolescence. After the corporate career, he said he may return to teaching: “I think it’s important that we give back to our communities, and there’s no better way to do it than with education.”