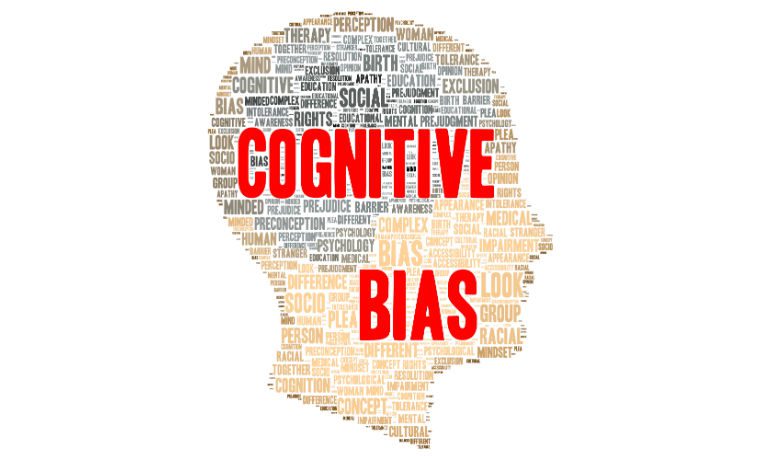 Mapping Out the Bias

Individuals, businesses benefit from thinking about how they think.

Current events and important upcoming dates being what they are — *points to pivotal Tuesday only weeks away* — I find it especially apropos to drop a cognitive bias PSA inspired by an article Slack’s Buster Benson wrote on the topic last month.

Now, current events and important upcoming dates aside, there is never an inconvenient time to examine the flaws in how we think and to help others recognize the flaws in their own thinking. The problem is, Wikipedia’s list of cognitive biases — while categorized — is a bit of a bear to get through; there’re at least 175 of them. Still, with some magic — a lot of critical thinking, and maybe some spreadsheet pixie dust — Benson was able to drill the list down to four problems the biases help us address, and then group the mental shortcuts our brains are programmed to make accordingly.

For instance, one of the problems we constantly face is too much information. When presented with a deluge of data, our brains employ some go-to tactics to suss out what will be useful — focusing on things that were recently loaded into our memory, things that confirm our existing beliefs, and so on. Benson then lists the related cognitive biases.

It’s a pretty cool system that received a lot of attention, including that of engineer John Manoogian who developed the Cognitive Bias Codex, 2016.

Whether you look at Manoogian’s atlas or Benson’s tip sheet, Benson offered a great observation: “Every cognitive bias is there for a reason  —  primarily to save our brains time or energy. If you look at them by the problem they’re trying to solve, it becomes a lot easier to understand why they exist, how they’re useful, and the trade-offs (and resulting mental errors) that they introduce.”

The tendency to make decisions and take action based on limited information, self-interest, overconfidence or past experience is real, as true to life as any number of choices you had to confront and made or didn’t make before even starting your work day. Cognitive biases exist but to allow them to influence your decision-making is problematic. Left unrecognized and unaddressed over the course of operating a business these shortcuts will spell trouble, wrote University of San Francisco psychology professor Jim Taylor. In a Psychology Today post, Taylor shared 12 cognitive biases that appear to be especially harmful in the business world. They include:

I can almost hear some learning leaders laugh at that last one.

Taylor offered four steps to mitigate cognitive bias through: awareness, collaboration, with inquiry and with brainstorming.

I’ll admit it’s hard not to feel the urge to go fast and exude gobs of confidence while equipped with insufficient information and hopped up on over-optimism; sometimes we feel obligated to do that. But there’s a lot on the line. It doesn’t hurt to take a moment, pull back toward the big picture, and think about how we’re thinking.