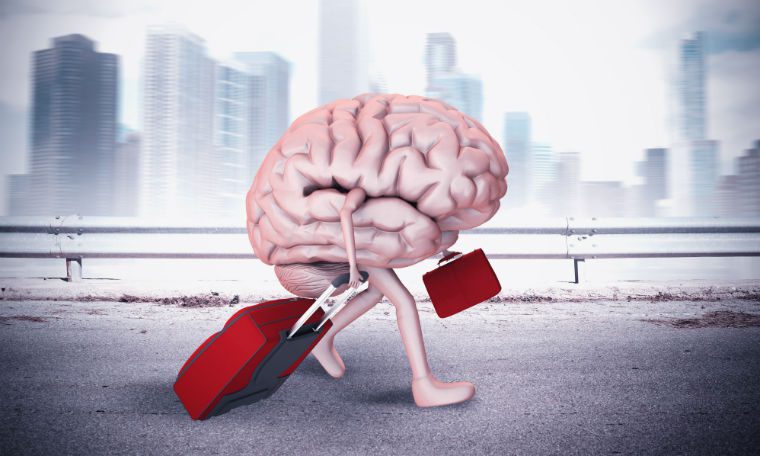 The Fight Against Resonance in Learning

Bring an open mind, not baggage, to learning opportunities.

Truly meaningful learning, which requires us to challenge and change what we believe and how we behave, is an intense and intimidating process. Though as learning professionals we often feel we are working in the most prosaic of circumstances, we should never underestimate the level of risk and vulnerability involved in any effort at serious change.

Witness psychoanalyst Adam Phillips quoting Stanley Cavell, professor of philosophy at Harvard University, from his essay on King Lear: “The cause of tragedy is that we would rather murder the world than permit it to expose us to change.”

There are many factors that can stand in the way of learners gaining new knowledge, skills and attitudes. Some are obvious, like inaccurate content, poorly designed learning experiences or ineffective facilitators. But there is one threat to learning that is particularly insidious because it’s so difficult to see, especially in oneself.

Resonance reflects the extent to which something appeals to us on an emotional level because it “feels right.” It’s all about fit: whether a new concept, ability or emotion fits with what we already believe to be true. We are more likely to be open to learning something new if it integrates well with our pre-existing knowledge and experience.

That’s the essence of the adult learner experience, one of the adult learning principles originally put forward by Malcolm Knowles and often cited in articles, blogs and training project proposals. According to Knowles, what we already know has a significant impact on what we subsequently learn. We use what’s already in our minds and bodies to evaluate relevance, fit and meaning each time we encounter something new.

Think about it. Resonance is hard at work at this moment, as you react to what you’ve read so far. What impressions are forming? You may already be leaning one way or the other, accepting that resonance is a danger, or not. What is that acceptance based on? Is it an instinctive reaction or a reasoned thought? Let’s look into resonance a little more deeply.

In “Changing Minds,” Howard Gardner explores seven levers that influence whether a person will change perspective and begin to act differently as a result. Resonance is one of them. While some of the other factors, such as reason and research, are based on our ability to analyze issues logically and take a rational approach to hypothesis testing and decision-making, resonance is about gut feel. Something will resonate “to the extent that it feels right to an individual, seems to fit the current situation, and convinces the person that further considerations are superfluous.”

In Gardner’s analysis, resonance is one of six levers that can help effect change. The seventh lever, which opposes change, is resistance. Resistance is a result of ideas and opinions that have become increasingly entrenched and rigid over time. If the other six levers for change are not pulling in the same direction, or resistance is overpowering, we tend to remain the same or soon revert to how we were.

In effect, resonance and resistance are two sides of the same coin. Because we are more likely to accept as true something that resonates with our intuition, resonance is unlikely to support meaningful change. In other words, resonance may be useful to help us add to what we already know, but counterproductive in revising and replacing knowledge, skills or emotions that feel especially valuable and valid to us.

Even anticipating change can evoke violent reaction. So we wrap ourselves within the magical cloak of resonance, which protects our thoughts, actions and feelings from the threat of change. When a new fact resonates with what we already know, we are comforted and welcome it. When it doesn’t, we are very likely to leave it at the door.

Another way to think about resonance comes from research on the wide array of biases to which human beings consistently fall prey. Joseph Heath, in “Enlightenment 2.0,” writes about their effects on how we think. One of the most common is belief bias, described as our tendency “to judge the quality of arguments by whether or not they generate conclusions that we already believe.” In other words, if the conclusion feels right and fits well with what we know, we believe it. If the conclusion runs counter to what we already believe to be true, if we don’t like where an argument leads, even if it is clear and logical, we will choose not to follow.

Heath does an excellent job of analyzing the continuing degradation of political debate, as gut feelings and intuition are increasingly prioritized over rational inquiry and argument. He said rational thinking is hard and unnatural work for our brains. We’re more used to relying on intuition, particularly under pressure. It’s safer to run if you have even the slightest suspicion a predator is about to pounce, rather than wait around to complete a full logical analysis of the situation. The question is, if we don’t want to be victims of our gut feelings when they lead us astray — when we would be better served by a rational approach — how do we guard against it?

Take a moment now to test yourself. Consider the Syrian refugee crisis, climate change or gun control, for example. Could you keep a truly open mind and learn from someone with a perspective entirely contrary to yours? Or would you immediately and instinctively assume the other person is wrong, you are right, and then look for the first opportunity to change the subject or end the conversation?

This is why resonance is such a grave threat to learning. It effectively keeps us from changing what we already believe to be true. What can we do about it? For a start, we can take to heart the thoughtful words of Julie Drybrough from her blog FuchsiaBlue:

“I have to trust you will stay with me in this conversation. I have to trust that, even though we have such deeply counter-views, you have something to add, that you are worth my time, that I can learn something or act someway different as a result of sitting with you this way. At the start I might well see you as inhumane, as thick, as evil, as other … We have to give a little of ourselves up, reveal ourselves a little — good and bad — I have to trust you won’t throw that back at me and if you do, I have to try again, with a reset until something shifts.”

To counter the effects of resonance, we need to work very hard at creating an environment of trust, whether in the classroom, online or on the job. Learners need to accept that their most cherished beliefs will be respected and challenged, and appreciate that being exposed to perspectives that feel wrong now may lead to superb and entirely unanticipated insights.

Let’s explore different strategies to build trust and help learners overcome the natural tendency toward resonance, so they can question themselves and others with confidence, curiosity, compassion and an eye to new brilliance.