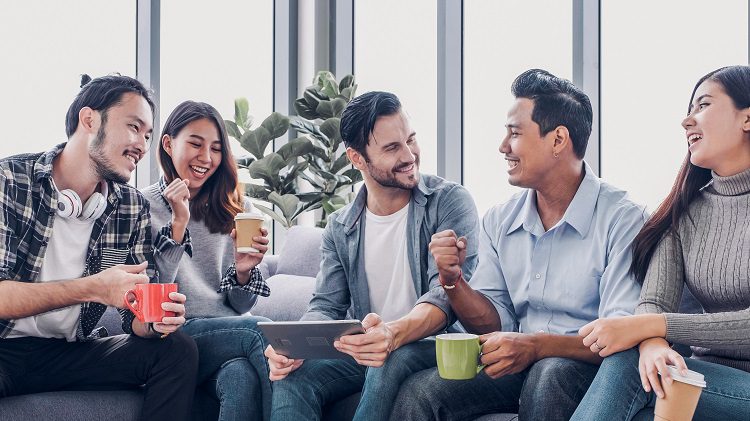 The Value of Engagement

Engagement has become one of the more recognizable, buzz-worthy measurements in human resources. But is it overrated? According to one expert, it’s actually underrated.

Employee engagement is one of the most popular catchphrases in human resources.

Many companies strive for high levels of so-called engagement — the level of discretionary effort exhibited by employees — only to rarely achieve the desired results. According to research organization Gallup Inc.’s most recent annual “State of the Global Workplace” survey, only 29 percent of employees in the U.S. and Canada are engaged, the highest rate for any region in the world. What’s more, only 13 percent of the total global workforce is engaged, according to Gallup.

Poor engagement can most often be traced back to inadequate accountability on the part of managers, a lack of role clarity for employees and an organization’s failure to understand what engagement actually is, argues Jim Harter, chief scientist and engagement expert at Gallup.

Harter spoke with Talent Management about the value of engagement, what factors lead to engaged employees and its potential effect on the bottom line.

Gallup started studying this topic in the early 1990s, and we had our official measure finalized in 1998. We measure engagement through the combination of 12 workplace questions that we found have historically predicted all sorts of outcomes that businesses are interested in. Engagement is kind of the nexus between workplace attitudes and performance. It’s really the attitudes that predict if people are likely to show up to work, be highly productive, innovative and profitable.

How can organizations strive to improve employee engagement?

An engaged worker, at a basic-needs level, knows what’s expected of them at work. That actually gets overlooked, according to our data. Just a little over half of workers know what’s expected of them at work. People often come to work wanting to be productive for the most part, and managers either set them up for success or cause confusion. You build on top of role clarity by getting people what they need to do the work, making sure people are in jobs where they can utilize their talents effectively and giving recognition for good work in a way that’s appropriate to them as an individual.

The central theme we’ve seen over all our years of research is that people need to have a manager who encourages their development. About 70 percent of high-engagement workplaces can be traced back to manager quality. We’ve found great managers are effective motivators who challenge their teams to get better. They have high accountability for themselves and their teams. They build really strong relationships and develop the employees through their work. Finally, they’re effective decision-makers who make tough — but smart — decisions.

Is there an ideal percentage of the workforce that should be engaged?

There are two ends of the continuum: engaged workers and actively disengaged [18 percent in North America], those really working against the organization. Then there’s a big middle group of “not engaged” workers [54 percent in North America] who show up, do the minimum and not much else.
The ideal would be to get engagement all the way to 100 percent, but that’s not realistic. We’ve seen some companies that are in the 80 percent range. On average, 64 percent is about the level that the best organizations are at. But I think companies should shoot for 80-plus. We’ve seen organizations get to that level in an authentic way.

Can you provide some examples?

The best-practice organizations make it a part of their overall strategy and put it right up there with everything they’re doing to create growth and profit. Another way is to hold managers accountable. Give managers feedback and put it right next to all the other performance management measures to create accountability for the results. Third, those best-practice organizations have effectively communicated why they’re focused on engagement as a part of their overall business strategy. Fourth, it’s part of how they develop people over time, particularly managers.

What’s the value of engagement? What’s the connection between engagement and the performance of an economy?

At Gallup, we’ve done seven iterations of meta-analysis, which is a study of studies. We looked at whether engagement predicts if people show up for work, turnover patterns, productivity and, ultimately, profit.

With only about 30 percent of North American workers engaged and only 13 percent of the global workforce being engaged, yet the economy continuing to grow, could one make the argument that engagement is overrated?

I don’t think so. Though, I would say this: If you don’t measure engagement right, it could be overrated. There are measurements out there that are much softer than what we put out. Those are more a measure of contentment or satisfaction more than engagement. The term could be misused and applied to almost any employee survey and you’ll get wide variation in how effective it is. If you do it right, it’s one of the most important things an organization can be working on. It’s about whether in a down economy you hold your own, and in an up economy whether you outpace your competition.

Is engagement an underrated factor that isn’t pursued enough?

Yeah, I think it is underrated. Like I said, I think it’s one of the most important business factors. I mean, it’s not the only thing that matters, obviously, but it’s something that’s often overlooked. While some organizations have made it to that 80 percent level, most businesses aren’t there. It takes some hard work. It can be easier work if you have the right managers in place and select the right talent to begin with.