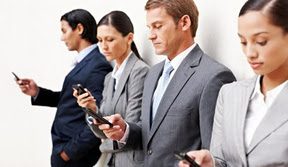 Texting has revolutionized the way that people communicate with each other. There are hundreds of text shortcuts — think LOL, OMG and YOLO — that have been widely adopted and now represent laughing out loud, oh my God and you only live once. People see these abbreviations and immediately understand the intended meaning.

To a large degree the same thing has happened in business. Shorthand such as ASAP, COB and EOM are widely used to mean as soon as possible, close of business and end of message.

Scott Blanchard, principal and executive vice president with The Ken Blanchard Cos., believes that the time might be right for a leadership shorthand. “With all of the time pressure in business today, it might help managers provide the direction and support people need in a time-effective manner,” he said.

Blanchard points to research conducted by his company that has shown goal setting, goal review and performance feedback is not occurring at the levels direct reports would like. More than 700 respondents identified that gaps of at least 26 percent are present in each category.

• 70 percent of people want to have goal setting conversations often or all the time, but only 36 percent actually do. (Twenty-eight percent say they rarely or never discuss future goals and tasks.)

• 73 percent of people want to have goal review conversations often or all the time, but only 47 percent actually do. (Twenty-six percent say they rarely or never discuss current goals and tasks.)

Blanchard believes that part of the solution is to have a standardized model and common leadership language that everyone in the organization can speak. He has seen it work effectively to cross departmental, division and even country boundaries in organizations that have adopted Situational Leadership II — the model that his company has taught to hundreds of thousands of leaders worldwide during the past 30 years.

The model uses a shorthand of D1, D2, D3 and D4 to describe four different development levels that individuals go through when they are given a new task at work — especially one that they have never done before.

• D1 is shorthand for “Development Level One” which describes someone who is at an “enthusiastic beginner” stage. This is characterized by high levels of excitement for the task, but low levels of competence.

• D2 is shorthand for “Development Level Two” which describes someone who is a “disillusioned learner” after working on the new task for awhile and finding out that it is harder than they originally anticipated.

• D3 is shorthand for “Development Level Three” which describes someone who is a “capable but cautious performer.” This is a person who has developed the competency to perform the task well, but lacks confidence at times.

• D4 is shorthand for “Development Level Four” which describes someone who is a “self-reliant achiever” and who has the skills and confidence to complete the task with little or no supervision.

Carman Nemecek, a senior consulting partner with The Ken Blanchard Cos. who teaches the program, shares an example of how the shorthand can save time.

“Imagine a situation where you are the leader and you have someone reporting to you who is working on several different projects. On the first project, the person is doing really well — they are at a D4 level, self-reliant achiever on the task. On the second project he or she is struggling and not meeting the deadlines — a classic D2, disillusioned learner.

Nemecek said with a common language and a shared understanding, a direct report who is doing well on a project could come into a leader’s office and say, ‘On this particular thing that I’m working on, I’m at D4; I would like to provide you with an update. I feel very secure in my ability to get it done and I want to keep you in the loop. Does that work for you?’

“Then the same person says, ‘On this next task, I’m struggling a little bit — I’m at a D2 level. What would really be helpful is for you to give me a few things to do and remind me why this is important, and I’ll move forward and get it done.’”

Nemecek said that in a world where neither managers nor team members have enough time, this type of shared understanding provides a way to quickly convey a world of understanding with a single term.

“It might sound overly optimistic at first,” Blanchard said, “But learning professionals have adopted something similar already to discuss results from widely used temperament and behavioral assessments such as the Myers-Briggs or DISC models. Both tools allow practitioners to convey a large amount of understanding through the use of a common assessment language.”

Can the same thing be done to convey similarly complex information about where a team member is with a task and what he or she needs from the manager in terms of direction and support? The pace of business seems to be dictating a move in this direction.

David Witt is a researcher and program director with The Ken Blanchard Cos. He can be reached at editor@CLOmedia.com.