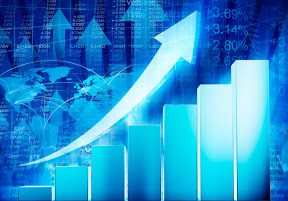 Overall spending on learning and development increased 15 percent in 2013 and more mature organizations spent nearly 37 percent more during the course of the year, according to a new study.

The study by Bersin by Deloitte, a research firm, from earlier this month showed heightened levels of learning and development spending after years of budgets cuts in the function as a result of the economic crisis and recession.

Others said the spending levels were less of a surprise. As the economy continues to bounce back from the cost-slashing days of the recession and tepid recovery, functional budgets are finally coming back, resulting in more business investment in things like learning and development.

“While it’s well-known that recessions and weak economies have historically triggered reductions in corporate training and development budgets, we’re not at all surprised to see businesses investing more today,” he said.

The survey found that technology organizations like AT&T spent $1,847 per learner on average — one of the highest of any industry sector. These substantial internal investments are for training teams to evolve from product sellers to industry experts.

Fenoglio said AT&T’s learning and development program is all about preparing employees to take on new roles.

“We’re partnering with the operating units to help employees pivot their skills, enabling them to participate and thrive in this new environment,” he said. “By a significant margin, our largest share of our L&D budgets goes to skills training in our growth areas. It’s a major investment, but one we believe is absolutely necessary to deliver on our commitment to our customers and shareowners.”

O’Leonard described the enhanced investment in skill-based learning as a response to companies having large leadership gaps.

“Leadership has always been important, but it has become an even bigger issue as the economy recovers and many firms look to expand globally,” O’Leaonard said. “In fact, in one of our newest yet-to-be-published studies, more than 60 percent of all companies cited leadership gaps as their top business challenge.”

Eric short is an editorial intern at Chief Learning Officer. He can be reached at editor@CLOmedia.com.