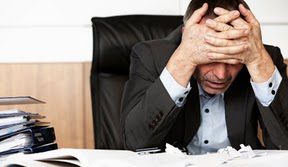 Can Better Development Save a Disgruntled Workforce?

Despite increased investments, less than 40 percent of organizations report necessary improvements in leadership development programs, according to a 2013 report titled “Building Senior Leaders for the New Work Environment” by the Corporate Executive Board, or CEB. Professionals working in talent management are on a collision course between companies needing to reinvest in development and a disgruntled workforce waiting for the opportunity to jump ship.

First off, the engagement of staff has suffered due to a tough economy. In comparison with pre-recession figures, CEB found a marked decrease in the engagement of the highest-potential employees — those whom companies should do everything in their power to retain. The report shows that between 2008 and 2010, engagement of this segment of any company’s workforce dropped by 18 percent. What’s more, turnover intention among this population surged to 1 in 4.

Perhaps the most disappointing fact is that results from a separate CEB survey show that only 31 percent of program owners rate their leadership pipeline efforts “effective.”

Driving employee disgruntlement is a combination of factors tied directly to leaner times. When looking specifically at high-potential employees, research from CEB found 67 percent of high potentials report that there were layoffs on their teams, 59 percent experienced significant restructuring and 43 percent were required to take on a significantly different job.

Companies have asked a lot of their highest-potential employees. The question is: have companies given enough in return?

Turnover intention is heavily dependent on whether employees feel valued and believe that there is long-term commitment to their development. When employees feel that their career is at a standstill and there is no chance of learning new information or gaining a promotion, engagement begins to wane. A poor relationship with their direct manager just puts oil on the fire.

There is a predictable path that occurs when employee engagement is broken. What once was a healthy psychological contract turns into a transactional relationship with tit-for-tat behavior. Employees will put in just the right amount of effort — no more and no less. From there, either performance begins to suffer or they begin looking for another job. Yet sometimes employers can transform the relationship into something new.

In 2013, the professional landscape is at a point where most companies need to demonstrate long-term commitment to their employees. First and foremost, employees need to see investment flowing into their personal development. A 2013 CEB study, “The Real Truth Behind Ineffective Managers,” found that identifying both strengths and weaknesses in performance assessment has an average impact on manager effectiveness at employee development of up to 32 percent. This demonstrates the need to explain to employees both what is working and what is not — and, in turn, helping them improve. Companies cannot continue to run so lean that they fail to offer opportunities for learning new skills and gaining novel experiences.

Alongside development, employees will want to know that new skills and experiences will lead to more fulfilling jobs. Clearly defined career paths and realistic expectations of promotion communicate that a company intends to retain and grow its top talent.

But development is also personal, and a manager’s role cannot be underestimated. In fact, the same 2013 study on ineffective managers found that 18 percent of employees actually get angry with their manager during feedback conversations. The psychological contract is dependent on the relationship forged between manager and employee. Ensuring that managers have the right skill sets and the commitment to lead development can make all the difference in turning around employee engagement.

A CEB opinion poll quoted in the 2013 article about the quality of personal development found that less than half of the respondents rated their manager as effective in planning and executing employee development. When considering that managers spend, on average, 21 percent of their time on development, this investment does not appear to be paying off.

Employees are simply not satisfied with the development they are receiving, and if left unchecked, the disengagement they feel will lead to turnover.

Fingers can be pointed in many different directions about who is to blame. Company resources are no doubt tighter than they once were and the workload has gotten heavier. Rapid change may have blurred what skills are essential.

To turn engagement around, learning leaders should:

• Provide clarity about where the company is going and how employees fit this direction. Identify the skills, experience and behaviors that will align talent to the strategy.

• Reinvest in line managers, giving them the resources to develop staff. Provide development tools and the skills in how to effectively use them.

• Encourage staff to prioritize learning. Find the time for staff to try out new experiences and work with others outside their immediate circle.

• Find ways to encourage on-the-job learning, which is cheaper and more effective than traditional classroom training. Work outside the typical performance review cycle.

When done right, managers who are effective at development see a 25 percent increase in performance, 29 percent more engagement and 40 percent higher commitment among their staff, according to CEB research. In addition, CEB’s “Building a Change-Ready Organization: Communications Strategies That Drive Enterprise Agility” study found that many companies are increasing the visibility of leadership through increased informal visits and social media — typically blogs — to engage employees with higher-level executives. The study also found that a 10 percent improvement in communication factors will lead to a 4 percent increase in agility, which leads to a 2.5 percent increase in workforce performance.

Beyond these organizational benefits, companies owe staff a commitment that they are invested in them for the long term.

Joe Ungemah is vice president of SHL Talent Measurement Solutions at the Corporate Executive Board. He can be reached at editor@CLOmedia.com.