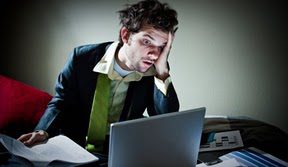 A Beef With Jerky

Employees want to work for good bosses, but many bosses lack emotional awareness and donâ€™t know how to inspire people to perform their best.

A good boss brings a lot of value to an organization. In October, Kathryn Shaw and Edward Lazear of Stanford’s Graduate School of Business teamed up with the University of Utah’s Christopher Stanton to prove this in a working paper called “The Value of Bosses.”

Shaw said this means that “teaching” is the biggest part of effective supervision because good bosses instruct their employees how to do their jobs better by improving methods or skills. “They’re doing this with empathy, relating to workers they supervise so they can offer the best services to that worker.”

The duo said they believe today’s managers manage from behind by cracking the whip, micromanaging and shouting orders in the same way cattlemen manage — through fear, intimidation and authority. Because of this, Fishbowl doesn’t have managers; it has captains, who work side by side with their teams, rather than directing and controlling them in the traditional sense.

“Our focus is to make sure people know we’re in the people business first and foremost,” Williams said. “That’s the mantra we’ve used for years. We just happen to be building software.”

The company gives out stock options based on how employees treat each other and demonstrate Fishbowl’s seven non-negotiable principles: respect, belief, trust, commitment, loyalty, courage and gratitude. The employee’s output or financial contribution to the company does not factor in; stock rewards are solely based on commitment to others.

“We repeatedly ask about the health and well-being of our people, and strive to create an environment that inspires them, keeps them fulfilled, their competencies tested and grown with the room for their potential to increase,” Scott said. “If you’re a leader with high emotional intelligence, you’ll get the financial results you’re looking for, and you’ll get them with joy and without fear.”

Like Fishbowl, Cerner executives also have made trust a priority, and CEO Neal Patterson makes sure to exemplify this at the top. Patterson grew up on his family’s farm in Oklahoma and began his entrepreneurial journey in 1979 when he and two Arthur Andersen colleagues formed Cerner, now the largest stand-alone health care IT supplier.

Since the company’s early days, building trusting relationships among associates and between Cerner and its clients has been very important to him, said Rob Campbell, the company’s chief learning officer.

To foster this culture, Cerner has created a management development program that teaches new managers the five expectations for every Cerner manager: connect the work, plan the work, build the team, manage the team and deliver quality results. The program has several elements.

First is a checklist, which is self-recorded and needs to be completed in the first quarter of taking on direct reports. The checklist includes a number of self-driven activities that teach new managers Cerner’s expectations of them and introduces them to support systems they can use to manage people.

The second program element is two instructor-led interactive management training sessions, one at the beginning of the year and another once the manager has been managing people for several months.

Fourth, the program offers a situational leadership course to be completed at the end of the first year of being a manager.

“Throughout all of this, common themes for our leaders are to maintain valued relationships and deliver high-quality results. That builds trust,” Campbell said.

According to Geoffrey James, author of How to Say It: Business to Business Selling, the reason some in positions of power don’t value emotional intelligence as much as other leadership competencies is because they want to impersonate those they wish to be, and many of those leaders got by with little emotional awareness.

Robert Sutton, Stanford management science professor and author of The No Asshole Rule: Building a Civilized Workplace and Surviving One That Isn’t, said this about the late entrepreneur and inventor in his book:

“As soon as people heard I was writing a book on assholes, they would come up to me and start telling a Steve Jobs story. The degree to which people in Silicon Valley are afraid of Jobs is unbelievable. He made people feel terrible; he made people cry.”

As early as 1987, the New York Times wrote: “by the early ’80s, Mr. Jobs was widely hated at Apple. Senior management had to endure his temper tantrums. He created resentment among employees by turning some into stars and insulting others, often reducing them to tears. Mr. Jobs himself would frequently cry after fights with fellow executives.”

Several recent anecdotes illustrate that the working environment under Jobs was not good. There are multiple accounts of his temper flaring and causing him to fire random employees for minor reasons, terminate important business relationships and cause executives to resign after altercations that included personal attacks. Still, he became a symbol of his company and industry.

When Time named the computer as the 1982 “Machine of the Year,” the magazine published a long profile of Jobs as “the most famous maestro of the micro.”

“We can’t deny his success,” said Fishbowl’s Williams. “He was a magnificent innovator, he did amazing things for his company, but I can’t help but wonder how his legacy would have been written if he loved his people with the same passion that he brought to his products.”

Mary Miller, CEO and co-owner of JANCOA Janitorial Services Inc., a commercial cleaning organization, is aware of this chapter out of Jobs’ story, and she said she has promised her employees not to replicate it.

“You’ve got to create value at all times,” she said. “You don’t get customers unless you create value as a company, and it’s the same with employees. If you want great employees, you have to do something about it. You have to improve their quality of life. Work is about a bigger picture than completing routine tasks and meeting the boss’s demands.”

A decade ago, Mary and her husband Tony Miller were not creating enough value. They were faced with high turnover, low morale and $3 million in revenue. After research into what contributes to happiness in the workplace, they discovered the key to motivation wasn’t necessarily the promise of a bigger paycheck but rather the fulfillment of crucial personal dreams.

They created The Dream Manager, a program that inspires their employees to pursue their personal dreams. Through one-on-one coaching sessions and group classes, employees are encouraged to identify their dreams and take action to achieve them with their supervisors’ support.

“A great boss understands that without great people, you cannot create great value for your customers,” Mary Miller said. “You can’t be a boss and just want to dictate how people should do things and say the standard, ‘Because I said so.’ You have to create an environment where people want to work for you, and they understand the results you’re trying to accomplish.”

JANCOA’s turnover rate has decreased from 360 percent to 45 percent. Further, last year the company had more than $11 million in revenue, changes the Millers credit to The Dream Manager.

“You have to give people permission to be excited about the future, happy to come to work and inspired by their interactions with those in the top of your company,” Mary Miller said.

“We’ve doubled our business in the past 10 years, and a lot of that has been because we’re focusing on creating an environment that allows people to grow. When your people are happy, they’re open to learning new ways of doing things. When they’re bored with their lives, they’re just going through the motions, and that’s when trouble boils.”

Dealing With Hostility to Leadership
For most of history, humans lived in egalitarian hunter-gatherer societies resistant to formal rulers. This evolutionary opposition to tyranny is reflected in modern business, according to a survey by personality assessment and consulting company Hogan Assessment Systems Inc.

“As a society, we are hardwired to seek independence and engage in behaviors that produce desirable results,” Lowe said. “Whether this takes shape in the form of hunting for one’s own food or starting a business, the instinct to survive and control our own destiny is very powerful.

This resistance to authority may be heightened when leaders are dominant or lack integrity.

“Leaders who create a command-and-control culture may produce results, but forcing followers to comply only works in the short run. This inborn resistance to authority will eventually cause followers to lose faith in their leader, resulting in lower productivity and counterproductive work behaviors.

Leaders who recognize these innate tendencies within themselves and among their followers will be more likely to foster environments that emphasize autonomy and achieve results by inspiring a high-performing team.”

Happy or sad, we’re taught to keep our emotions in check at work. But editor Mike Prokopeak says emotion can have a useful and powerful place at work — particularly in leadership: tinyurl.com/ch9vu93.