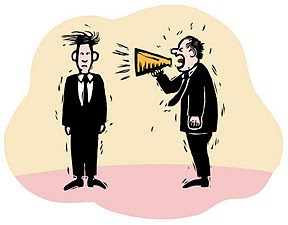 How to Optimize Company Performance

Create a relationship between learning and financial results. The financial need for quality executive leadership has been demonstrated repeatedly.

What indicators matter in assessing the management qualities that will drive shareholder and company performance? My doctoral research suggests executive leadership and compensation design are key drivers for organizational performance.

The financial need for quality executive leadership has been demonstrated repeatedly. Leadership research seeks to explain the financial impact that an individual such as the CEO has on a firm’s performance. The most commonly cited empirical evidence regarding leadership and company performance is the research completed by Stanley Lieberson and James O’Connor, who studied 167 major public companies from 1946 to 1965.

This study’s findings demonstrated that leadership capability accounts for 14.5 percent of the total variance in profit. Since then, Noam Wasserman, Nitin Nohria and Bharat Anand have shown leaders account for 14.7 percent of the variance in company performance using return on assets as the focus in their study “When Does Leadership Matter?” Alison Mackey showed the CEO had a 29.2 percent effect on corporate profitability in her study “The Effect of CEOs on Firm Performance.”

If executive leadership is an important piece of firm performance, what characteristics create that leadership advantage? First, there is the executives’ educational and professional backgrounds. For example, research by Carola Frydman in 2007 revealed an increase in the importance of general management skills over firm-specific experience.

This same study documented significant changes to the educational training for corporate leaders. In earlier generations, top executives were more likely to obtain technical degrees in science, engineering or law, but during the past half century, there has been a rapid increase in CEOs with MBA credentials — from 10 percent in the 1960s to more than 50 percent by the end of the century.

Second, leadership assessment cannot rely on the CEO to be solely responsible for an organization’s performance. In large, complex organizations, managerial responsibilities are unlikely to be one individual’s exclusive domain; top management teams’ ability to work together effectively should also be considered. Team effectiveness relies on dynamics such as incumbent selection, role scope and their collective experiences and backgrounds.

Third, once leaders are selected, executive leaders’ largely unobserved choices can have a significant impact on company performance and shareholder return. This phenomenon is the central tension in all publicly traded companies: the separation of ownership and control.

Executives have a vested interest in compensation agreements that are in place to effectively align executive management’s interests with those of shareholders. Economic theories of efficient compensation predict a positive relationship between executive pay and company performance, yet successful efforts to document this relationship are few.

For CLOs, these findings create an important roadmap to establish an evidenced-based relationship between executive selection, training and compensation design on one hand and financial performance on the other. This suggests that there is no single determining feature of executive leadership and company performance, but rather a mosaic of factors that need to be weighed and considered to enhance a company’s performance and financial success.