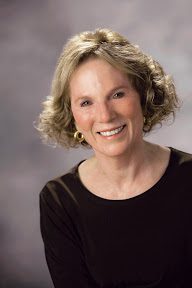 CLO of the Year: Pat Crull

Crull's outstanding work in developing learning and development strategies has made her the 2012 CLO of the Year.

In the six years that Pat Crull has served as chief learning officer of Time Warner Cable (TWC) the company has more than doubled in size. It became publicly traded, spun off from Time Warner Inc. and reorganized from 33 autonomous divisions to a centralized functional structure with two aligned operating regions.

In addition to these transitions, competition from AT&T and Verizon, among others, has increased dramatically. The pace of technical change in the business, along with increasingly sophisticated products and services, also has emphasized the importance of change readiness.

Despite industry obstacles, Crull said her work in the profession is an opportunity to impact productivity and satisfaction for individuals and organizations. Her dedication and committment to the profession are part of what won her this year’s CLO of the Year award.

“The biggest challenge I face daily is the increasing pressure, since 2008, of accomplishing more with less,” said Crull, TWC’s first CLO. “This has become normal expectations for our teams. This calls for the best leadership skills we have to meet the challenges, to stay innovative, to continue to be energized.”

Since 2006, Crull has framed a learning, development and inclusion vision focused on creating a workforce that can develop quickly and effectively. She epitomizes what it means to be a CLO, and her resulting learning strategy supports the new business model, helping to build a more interdependent and collaborative environment while supporting emerging businesses.

“If you look up the definition of a CLO, it would have Pat’s picture next to it,” said Tom Mathews, executive vice president of human resources for TWC. “She has dedicated her illustrious career to be in this space and strives every day to further the profession.”

A registered psychologist with a Ph.D. from Northwestern University, Crull began her professional work with Arthur Andersen/Andersen Consulting — now Accenture — in 1981. Since then she has worked at Baxter Healthcare, McDonald’s Corp., Toys “R” Us Inc. and TIAA-CREF.

“I’m as excited about the industry today as I was 31 years ago,” she said. “I think I’m wiser — I’m certainly more skilled — but that same passion, thinking this is a terrific thing to be doing, exists.”
This appetite for learning and growth is what her colleagues admire most about her.

“Not many people can repeat success, and Pat has done it time after time,” said Kevin Wilde, vice president of organization effectiveness and chief learning officer at General Mills and the 2007 CLO of the Year. “In the sports world, she would be a dynasty.”

At TWC, Crull and her team developed a rolling three-year strategic plan that is vetted and supported by company leaders so the learning, development and inclusion team can systematically meet the business’ current and future needs. Crull said her mission is to enhance and protect the company’s brand experience for external customers, vendor partners and for internal employees. To do this, Crull had to get the organization to recognize the value of a systematic, planned, strategic approach to learning.

“What made us successful a few years ago will hardly make us successful as leaders in the learning function today,” Crull said. “To be successful in the future, we need to advocate passionately for learning and do it in a language all business leaders understand — business acumen is key.”

To increase her expertise, Crull spends a majority of her time working directly with other line leaders and front-line employees, who she refers to as heroes of the business. For example, when Crull joined McDonald’s, she learned that the majority of employees work their way up the management pipeline and jokingly say they have ketchup in their bangs. Because Crull was sauce-free, for 18 months she spent one day a month in a McDonald’s restaurant as a crew member to understand the business firsthand. At TWC, she spends time in call centers, truck rolls and does focus groups with dispatchers.

“She’s always proven to not only be a good learning leader but a good business executive,” said Tamar Elkeles, chief learning officer at Qualcomm and 2010 CLO of the Year. “There are not a lot of learning executives that can build relationships, credibility and support as easily as she can.”

GIVING BACK TO THE COMMUNITY
Since the beginning of her career, Pat Crull has made involvement and giving back to the profession central to what she does. Her involvements, past and present, include: