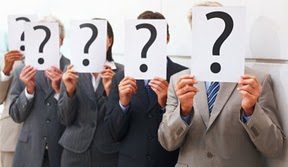 Who Does Culture Change Rest On?

Promoting a vibrant corporate culture starts with front-line employees, as they have the greatest impact on customer satisfaction.

Most executives know that company performance extends beyond sales volume and stock price. As the challenges of global business have become more difficult, the practical interest in leading has grown to a new level: developing a strong corporate culture.

Research has shown that a vibrant corporate culture can connect the mindset of an organization’s people to the challenges of the business and help a company achieve sustainable competitive advantage. Organizations that do this outperform their competitors in terms of customer satisfaction, growth and profitability.

The culture of any organization is revealed in the routines, habits and rituals that have developed over time. But the important part of corporate culture lies beneath the surface — it’s contained in the underlying beliefs and assumptions in the organization, including those that often go unquestioned. This links big picture strategy with the mindset of the people on the front line.

The power of these rituals, habits and routines has been highlighted in various IMD Business School case studies (Editor’s Note: The authors are professors at IMD and also authored these studies).

One is Domino’s Pizza. Employees knew that change was on its way when Domino’s was acquired by Bain Capital in 1999, after being led by its founder for almost 40 years. What they did not bargain for was that new CEO Dave Brandon and his team would decide that the key to customer focus was the quality of the workforce.

On his first day as CEO, according to the IMD case study, Brandon made it clear that he was unwilling to accept the habits of the past.

He said: “If you don’t remember anything else about me today, just remember these three words: Change is good. Change is not a criticism of the past. It just means the future is going to be different. If that sounds exciting to you, you’re going to love me. If any of you are thinking ‘I’d rather do things the way we’ve always done them,’ I’ve got to tell you — you’re going to hate me.”

From store manager to future board member, Domino’s assessed the strength of its pipeline in every job. It also made a fundamental shift and emphasized that attitude was more important than skill. Skills can be taught, the company thought, but basic values and attitude are part of an individual’s identity.

The authors of this case study tracked Domino’s progress over several years by using a model of organizational culture built from years of research on how culture impacts business performance.

The research shows four characteristics had the biggest impact in this case:

• Building an organization’s sense of mission and direction.

• Building a high level of adaptability and flexibility.

• Building a foundation of consistency that is strongly rooted in core values.

The research showed that organizations with these characteristics had higher levels of profitability, growth, customer satisfaction and market value. The survey measures developed from this model were also used to benchmark Domino’s culture and track its progress.

In the end, by changing its culture to improve the support of front-line people, Domino’s achieved a dramatic improvement in its performance.

Daniel Denison and Robert Hooijberg are professors at IMD Business School in Lausanne, Switzerland. Nancy Lane and Colleen Leif are research associates at the school. They can be reached at editor@CLOmedia.com.