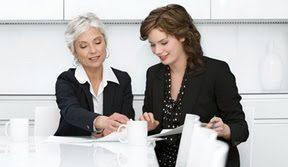 Should Leaders Communicate or Listen?

Some leaders are great communicators, while others are excellent listeners. Great leaders excel at both.

Which leadership skill is more vital: being a strong communicator or a great listener? Most believe that great leaders must have both: They should be willing to listen to feedback from key constituents while also being able to articulate a clear and compelling vision.

The process, in many instances, works like this: The leaders listen, seek information, buy-in and commitment from stakeholders. Then they consider feedback, using it as a springboard when developing a vision.

Strong leaders especially pull from input to develop a vision that motivates both internal and external audiences. The best leaders are innovative and inventive as they communicate and listen. But it’s not enough to develop the great ideas — leaders must also command engagement.

Chief executives who are excellent in this regard can help their organizations thrive and prosper.

Starbucks CEO Howard Schultz, for instance, turned the coffee company around in arguably one of the greatest business comeback stories. Schultz founded the company, and left before coming back as CEO in 2008.

For the first time, the company had been experiencing negative annual sales and plunging profits. With his stellar leadership, communication, business and marketing skills, Schultz used these three steps to grow Starbucks:

Communicate a vision while listening to others to maximize buy-in, support and enthusiasm. Early in his tenure as CEO, Schultz demonstrated he was listening to others. He asked for emailed feedback from the staff, quickly receiving 5,000 responses. He also made personal phone calls to check in with the stores. He was vocal about how team feedback would help him form great vision, and his vision focused on creating community.

By articulating this vision, he transformed employees’ experience from selling coffee to a higher calling of creating communities. As a result, employees were excited about the vision and proud to be part of the organization.

Hold conversations, gather input and consider other perspectives. Schultz met with Michael Dell, CEO of computer company Dell Inc., in late 2007 to learn what Dell had done to turn his own company around. Schultz also hired consultants and added new board members. He gathered input, ideas and perspectives from the best in the business as he started forming a growth strategy.

Develop a strong voice; control the discussion. Schultz is a skilled communicator who can convey a vision. When he had to close stores in 2008 due to slumping sales, he apologized to the staff, saying leadership had let them down. He also brought 10,000 managers to an internal leadership conference in New Orleans in 2008 after Hurricane Katrina to perform community service.

Another example is former IBM CEO Sam Palmisano, who guided the company to prosperity from 2002 to late 2011.

Shortly after Palmisano was named CEO, he had to develop a new vision for IBM to ensure the company was positioned for high-margin businesses. He positioned IBM as helping companies solve problems and make decisions in the new era of technology. The new vision led to IBM selling its hardware businesses and acquiring service businesses.

Most importantly, Palmisano demonstrated that he was a willing listener, implementing programs like “ValuesJam,” a 72-hour online debate about IBM’s values with the participation of 50,000 employees.

Palmisano also interacted directly with employees, often flying around the world to meet them in person. He talked to them about his vision, listened to their input and rallied support for the company. In many ways, Palmisano was a humble leader, describing himself as the steward for gifted employees.

David Brookmire is an executive adviser, researcher and author on leadership effectiveness. He can be reached at editor@CLOmedia.com.