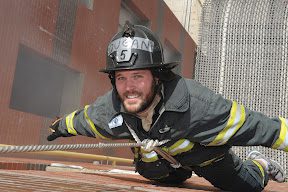 Leaders believe that sometimes it is necessary to look outside the corporation to develop proficiencies.

SNAPSHOT: Corporations are turning to the New York Fire Department to learn how to operate as a team during a crisis. Using hands-on firefighting scenarios, the FDNY teaches participants to manage the unexpected as well as the importance of clear communication, strong leadership and working as a cohesive unit.

After the Sept. 11 terrorist attacks, many organizations were forced to review essential operations and rebuild. In particular, the New York City Fire Department (FDNY) concentrated its recovery efforts on developing high-performance teams and resilient leadership.

The lessons learned are now being shared with corporations such as Google, BNP Paribas, Citigroup, Grant Thornton and Bloomberg. Assisted by the Wharton Business School, in 2010 the FDNY created the FDNY Team Challenge, a method to teach teamwork, leadership and critical communication by putting small groups through hands-on crisis scenarios.

At the Fire Academy, teams from businesses, MBA schools and professional sports are placed in real firefighting situations, vehicle extrication, subway emergencies and terrorist-type events. Alumni from this firefighter-for-a-day program say they draw upon this experience whenever they are under pressure to excel.

A Hard Day’s Work
The FDNY responds to almost 2 million incidents a year, all of which put its leadership, communication and teamwork to the test. On Jan. 15, 2009, FDNY was dispatched to the emergency landing of US Airways Flight 1549 in the Hudson River. First responders from the FDNY, New York Police Department, United States Coast Guard and New York Waterway assessed the situation and coordinated efforts to rescue all 155 passengers and crew from the Hudson.

As water filled the crippled plane and currents moved it down the river, the high-performance teams from FDNY Marine Operations had to work with other agencies to rescue the passengers standing on the aircraft’s wings.

In the competitive and interdependent business world, high-performance teams, strong leadership and good communication skills are equally important. For example, a stock trader needs to quickly examine information with his or her team and make swift decisions to buy, hold or sell. In other businesses, product development must coordinate rapidly with production and marketing.

The FDNY Team Challenge was created in the fall of 2010 by the FDNY Foundation — the FDNY’s not-for-profit organization — to share the FDNY’s best practices in teamwork and leadership with corporations. The challenge takes members from a variety of businesses outside of the fire department — such as finance, engineering, law, consulting and system development — and puts them into real firefighting scenarios to improve business skills. Teams are placed in a high-pressure situation and asked to execute hands-on tasks to solve public safety problems. The aim is for participants to draw on this teamwork experience to establish high performance in the workplace.

The Team Challenge program is held at the FDNY Training Academy on Randall’s Island in New York City. Corporations sign up as a six-person team, with team members varying from entry-level employees to senior executives. Each participant experiences eight different hands-on scenarios with his or her team throughout the day.

An experienced FDNY officer guides each team. The officer gives participants real emergency response problems to work on together and solve. After the task is completed, fire officers facilitate a debrief discussion on how participants can improve their teamwork skills and apply the skills they just learned into their workplaces.

In one of the eight scenarios of the program, corporate participants respond to an actual car fire at the FDNY Training Academy. Teams have to quickly assess the situation and work together to extinguish the fire. Participants quickly figure out there are various factors to consider when approaching this scenario. They need to block off a lane of traffic with cones to protect the team; make sure the hose line is supplied with water; and make sure this is not a terrorist incident targeting first responders. Participants learn firsthand how important it is to pay attention to details, be aware of their surroundings and communicate with each other.

In another scenario, teams enter a burning building. Visibility is reduced to a few inches in front of them, and their hearing is impaired by the ambient noise. In this situation, the leader’s role is to facilitate the team’s ability to communicate and work with each other to move a hose line into position to extinguish the flames. Exercising leadership is about getting others to adapt to the changing threat environment and coordinate actions to extinguish the fire before it escalates into an inferno. Leaders need to be able to make split-second decisions as well as analytical decisions with the team’s input.

The FDNY partnered with the Wharton Business School at the University of Pennsylvania in spring 2011 to enhance this learning experience. Wharton Business School helps the FDNY translate firefighting best practices for the business community. Wharton has noticed that businesses often experience a gap when employees come out of MBA programs. They may have technical skills to achieve the task, but often they do not perform to their potential under stress in a dynamic business world.

Like the FDNY, many businesses realize there are no manuals for novelty. They need to think clearly to determine the right course of action. If someone has never experienced a crisis, it is difficult for him or her to effectively and successfully lead a team in this environment. The FDNY Team Challenge provides corporations with a safe place to learn how to lead and hopefully to thrive in an unexpected environment.

“I can’t imagine a better way to demonstrate the value of leadership, teamwork and battle-proven procedures than spending a day with the pros whose lives depend on such things,” said Richard Coglianese, a past participant from BNP Paribas.

Google’s Crisis Field Trip
On Sept. 30, 2011, Google employees attended the FDNY Team Challenge. They registered to honor firefighters for the anniversary of the Sept. 11 terrorist attacks, and because it was a way for Google to build people and society for the future and support the FDNY in protecting the lives and property of New York City residents and visitors.

Equally important, it was an opportunity for teams to learn from each other in a different environment. Google seeks outside-the-office activities to improve employees’ teamwork and communication skills. Google’s group comprised employees across the company, most of whom had not worked together before.

“The event mirrors our approach to the training and development of our employees and how we need to work together to achieve our goals” said Carrie Laureno, audience evangelist at Google.
The Team Challenge also reminded Google employees of collaboration’s importance.

“To innovate, we encourage a team of people to come together and consider a variety of perspectives to design new solutions,” Laureno said.

The team listened to one another and discovered new perspectives about the scenarios they faced. Participants discovered that innovation is about acquiring pieces of information from each other and arranging them as new ideas.

At a building fire, the fire doubles in size every 90 seconds. When Google employees entered the smoke-filled environment, they had to quickly adapt to the changing environment by making a series of rapid decisions to extinguish the flames.

“We have always believed that it is important to launch early and iterate often. This philosophy allows us to innovate quickly to build successful products,” Laureno said.

Google competed against seven corporations and was tested on how well its members worked as a team, communicated and solved problems. The company exceeded the FDNY instructors’ expectations and placed first. Through every scenario employees worked as a team to resolve situations they had never before encountered.

Google was one of several corporations that participated at the Sept. 30 event. Some of the other companies that took part in the Team Challenge were Boston Consulting Group, New York Stock Exchange, the American Society for Training and Development and BNP Paribas.

In a survey of 24 participants conducted by the FDNY Foundation from that event, 92 percent agreed with Google that the FDNY Team Challenge improved their teamwork, communication and problem-solving skills.

Gregory Pfeifer is a development associate at the FDNY Foundation. He can be reached at editor@CLOmedia.com