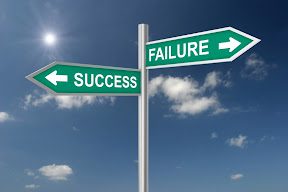 Learning leaders should not be scared of failure â€” they should embrace it. Not doing so could quell the potential for innovation and increased performance.

The practice of learning from failure is deeply engrained in the human experience. For instance, when learning to walk, children fall, and fail, many times before those mini failures translate into success. Children might prop themselves up and fall; do it again, take one step, and fall; try one more time, take two steps, and fall again. They try. They fail. They learn. They succeed.

In business, the practice of learning from failure is not as straightforward, but it is equally vital. While many organizations say they spend copious amounts of time and effort learning from the successes and failures of their people, businesses and practices, many learning practitioners and management academics say there is still much progress to be made.

Aside from the psychological distaste associated with human failure, one of the larger barriers keeping more corporations from embracing it as an engine for learning is rooted in organizational culture. Creating a culture where failure isn’t the goal but is treated as a learning driver remains an uphill battle for many, said Amy C. Edmondson, professor of leadership and management at the Harvard Business School. The most frequent gaffe organizations make is equating perfection with good performance.

“The biggest mistake we make is thinking we’re not supposed to make mistakes,” said Edmondson, who wrote an April 2011 research article on the topic for the Harvard Business Review.

In an era where innovation — a growth driver largely founded on experimentation and failure — is an organization’s biggest tool for growth, believing failures are always bad would be a mistake.

Instead, learning leaders should look for areas where calculated failures will bear dividends — both individually, in terms of leadership development, and organizationally — as a means to spark innovation, growth and organizational performance. Further, organizations and learning leaders need to learn to cultivate a more sophisticated understanding of failure’s uses and contexts; doing so will help avoid what Edmondson called the “Blame Game,” (see sidebar) where organizations inaccurately assess failures, and therefore improperly assign blame.

The real challenge is how to strike that cultural balance where failure is viewed as a necessary learning tool, but not one where individuals constantly veer into reckless, anything-goes behavior. Accountability, on all levels, remains important.

“The most successful executives will say that it’s dealing with tough challenges and falling down and getting back up again [that makes them successful],” said Kurt Metzger, vice president and senior consultant at financial services firm Prudential Financial Inc. “It’s the old what doesn’t kill you makes you stronger.”

Embrace Strategic Failures
Creating this type of culture, however, isn’t necessarily a task the CLO can own exclusively. An organization that deals with and values failure as part of its growth process must create that environment at the C-suite level, said Erv Lessel, director of human capital at Deloitte Consulting LLP and a former major general in the U.S. Air Force. There are areas where the CLO can provide influence to help lay a framework for a less conservative, more innovation-driven learning environment down the road.

Training, education and experiential learning programs all have the potential to serve as breeding grounds for mini, or “cheap,” failures, each of which promote growth, take chances, but don’t kill the business, Lessel said. For example, the CLO can leverage leadership development efforts that seek to instill competencies and experiences that will open up future leaders to the idea of embracing a culture where cheap failures, or failures by experimentation, aren’t avoided but valued instead. They also can provide executive insight into specialty areas such as crisis and risk management initiatives when major failures occur.

Creating a culture of calculated risks and failures has its limits, however. “What you don’t want is a ‘failure culture,’” said Sim B. Sitkin, professor of management and faculty director for the Center on Leadership and Ethics at Duke University’s Fuqua School of Business. “What you do want is a learning culture. There is a difference.” There are instances when embracing failure as a learning tool might be inappropriate. “In the short run, when you’re dealing with an absolute crisis, you can’t afford it,” Sitkin said.

Sikin said failure is never the goal; it is simply the means to get to a goal. Organizations should view certain failures as strategic; rather than focusing on “the impossible ideal of learning by avoidance, it is more fruitful for both theory and practice to ask how organizations might more effectively pursue learning by experimentation.” Companies such as Google, Facebook or even Eli Lilly & Co. exemplify this — all have been known to turn what may have been a failure in one area into a success in another.

Perception Matters
The depth to which failures are accepted as a development and innovation driver also will vary by industry. According to Prudential Financial’s Metzger, who’s heavily involved in the company’s leadership development efforts, failure cannot operate to the same degree across different organizations. Learning leaders need to recognize how and if failure as a learning tool will align with an organization’s business strategy and industry. The ways in which certain failures are accepted in this vein likely will be different for every company.

“There are businesses like Facebook that can afford to move fast and break things and just recover quickly,” Metzger said. “So, if that’s OK for your industry, that’s a way to go.”

That is not always the case for a firm like Prudential, which prior to the financial crisis and ensuing recession sought to develop a new leadership competency around innovation. The genesis of the competency stemmed from the company’s desire to promote growth and alter the perception that it had grown too stodgy and boring, dull and dependable.

Prudential wanted to develop a competency in its leaders so they would take more risks to help grow the business over the long term. “There was a feeling that we really needed to get out there and think more broadly and make some mistakes and slip and fall and learn from that,” Metzger said.

Then the financial crisis hit. And for a company whose business is rooted in managing people’s financial lives, Metzger said dull and dependable didn’t seem so bad after all. Prudential scrapped developing the innovation initiative, though it still established a similar leadership competency. “We’ve scaled back our thinking from innovation to intelligent risk,” Metzger said.

Define Success
Driving a culture where innovation spurred by failures is a prominent part of the learning process is useless if there is no clear vision of success to begin with. Rose Gailey, a consultant at Chicago-based organizational performance and strategy firm Gagen MacDonald, said leaders must establish a clear definition of success to properly measure or evaluate what’s to be learned — both when success or failure occurs. Doing so allows leaders to more accurately evaluate opportunities for lessons learned, she said, and is best accomplished when feedback and reviews are on a constant loop.

“If we’re going to pick up on failure, and we’re going to tackle each failure, but we don’t have a clear understanding of the path — where we’re going and what the outcomes are — it can be a really huge hindrance,” Gailey said.

Some organizations use a method derived from the military called after-action reviews to evaluate potential lessons. In these reviews key stakeholders meet to review what went right or wrong in a given project.

Metzger said Prudential took a liking to the method a few years ago; the company also trained a cadre of people to run the sessions. The after-action reviews started on major company projects, but are now used to reflect on smaller projects and have been integrated into some day-to-day meetings.

Yet after-action reviews, while prudent in some respects, are only effective learning tools when followed up with more action, an area where some organizations may falter. Deloitte’s Lessel said not taking action could be detrimental to this type of improvement process. “Unless you make changes based on those observed lessons, then they aren’t truly lessons learned.”

When embracing failure as a learning tool, the process is often more valuable than the outcome.
“As long as you did the right thing to get there, and you learned what it was that caused the failure, you’re OK,” said Larry Israelite, vice president and manager of human resources development at Liberty Mutual Group. “When you don’t do the right legwork and you don’t do the right analysis, and you make an arbitrary decision and you fail, then your failure wasn’t in the outcome you achieved; [it] was in the process you went through that led you to that failure.”

Harvard’s Edmondson has a similar view. She said there are a variety of reasons people fail that are worthy of either blame or praise. The level of a failure is rooted not in the outcome, but the process.

William Kline, an HR consultant and former vice president of HR and chief learning officer at Delta Air Lines, said as long as the learning is properly assessed and captured, failure is still most likely the best learning tool CLOs have at their fingertips — if it’s not detrimental to the organization’s business.

Making sure those failures are measured, and not reckless, is the real challenge.

“For me, that’s the essence of learning,” Kline said. “I know that sounds trite, but I really do believe that.” 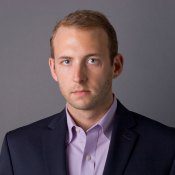