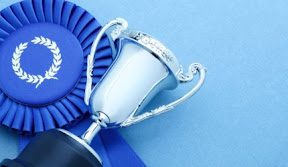 The Limits of Best Practices

The term best practices is too often based on knowledge or data collection, not relevant experience.

The term “best practices” is an oxymoron. It is too often based on knowledge or data collection, not relevant experience. It is rarely based on deep understanding of how a practice works in context. I know, since many of my clients have had practices listed as best, but the narrative to explain why they were categorized this way often misses the point.

There is no best without a context that is unique to your business. There is nothing wrong with learning from others. The problem is, when that learning is applied blindly to everyone, it can lead to oversimplification. Innovation is often diminished as well, since borrowing ideas does not foster inventive thinking around the complexities found in unique business markets.

Best practices is such a popular idea it’s hard to fathom it not being core to improvement. Consider what DuPont Canada learned when it was challenged by its CEO in early 2002.

A major player in the chemical industry with 13 lines of business and $26 billion in annual sales in 210 countries, DuPont pursued efficiencies in the peroxide business for decades until Chad Holliday became CEO in 2001. He set a target revenue growth rate of 10 percent for each of the next three years for peroxide. At least half was to come from innovation. At the time, DuPont was a follower in a field that had become commoditized, and was too often in pricing catfights for market share. If it was to be a growth business, the company had to innovate and change how its employees learned. That was the mandate.

To do this, the hydrogen peroxide team shifted focus from production efficiencies to understanding what it could bring that was unique to peroxide as a bleaching agent — what no one else could do. The strategy was built from DuPont’s two-century history of managing chemical risks better than anyone else. The team committed to bringing risk management capability into its efforts to make life better for customers, communities and ecosystems. Efficiencies came from ignoring anything that did not make the organization uniquely effective.

As a result, DuPont was able to displace the highly polluting use of chlorine in the Canadian paper industry. It captured 30 percent of the chlorine business in the first two years, delivering a 45 percent ROI on its effort. At the same time, because hydrogen peroxide is much less caustic to paper fibers, it not only improved the quality and integrity of the paper, it allowed paper makers to use a broader range of fiber sources and thereby better manage forest and farm resources.

Having DuPont refocus on its essence — its uniqueness in capability — opened the door and helped an entire industry better integrate with its associated ecosystems. DuPont’s peroxide marketing and operations teams became experts in forestry and in the process made both forestry and paper bleaching more sustainable.

The motto of the peroxide business became, “no one else can do this because they are not us,” and the team’s distinction as an expert in risk management gave it its edge.

The company changed the role of its education and learning functions to building capability in order to design and improve by understanding its own uniqueness, and that included each material it worked with, every process it used and each product it brought to market. Until this change it had used more generic development for all employees that was focused on best practices collected from visiting and engaging others in the industry or collecting ideas at industry events.

The company now sees borrowing from others as a diversion from its own uniqueness and expects learning to be based on innovation around that uniqueness.

What if all chief learning officers, internal universities and learning and development groups functioned this way and radically diminished the borrowing of best practices? I think their CEOs and other C-suite officers might see them as stronger members of the business team.

Carol Sanford is CEO of InterOctave Global Consultancy and author of The Responsible Business: Reimagining Sustainability and Success. She can be reached at editor@CLOmedia.com.