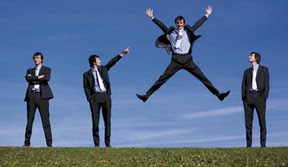 How to Promote Behavioral Change

The performance review process often does little to affect behavioral change. Employees have to want to change, and then be motivated to do so.

Changing behavior is a great challenge for a chief learning officer, yet it is often necessary for organizations to increase productivity and reduce costs. Now is the perfect time to address a tough finding: performance reviews, with their careful improvement plans, aren’t sufficient to change behavior.

Year after year, managers tell employees what they need to do to succeed and advance, and at the outset, many employees buy into these plans, but few ever change. Managers hope telling an employee what needs to be altered and giving incentives to do so is enough, but it’s not. Incentives are just one component of a multifaceted approach necessary for true behavior change to occur.

The following findings come from VitalSmarts’ 2009 Lake Wobegon at Work study and this year’s Career-Limiting Habits study.
• Most employees have unrealistically high opinions of their performance, are surprised by negative feedback, don’t believe they get clear feedback on what they should do, and believe their boss is holding them back. In fact, 87 percent of the employees surveyed said they have bosses who have prevented them from getting the pay, promotions or other opportunities they wanted because of a performance concern.
• More than half of the managers surveyed said they have employees who are stuck at performance levels below their potential.
• Most employees think their bosses are primarily concerned with their technical skills. However, 46 percent of bosses reported that addressing employees’ bad habits is three times more important than increasing their technical skills.
• Employees’ top five career-limiting habits (CLHs) are unreliability, “it’s not my job,” procrastination, resistance to change and negative attitude. Other CLHs include disrespect, short-term focus, selfishness, passive aggressiveness and risk aversion.
• Seventy percent of employees who are aware their boss is unhappy with their performance can’t verbalize what they are doing wrong or how they are going to change.

Let’s say in 2006 Geoff, a graphic designer who supports marketing, sales and other teams, receives some startling news during his performance review when his new manager announces that most of his colleagues hate working with him. He’s well-liked, but behind his back, Geoff’s co-workers said unless they lit a fire under him he never delivered the goods, though he always promised everything. He was so congenial for six years no one, not even his boss, had directly told him the depth of their frustration.

When Geoff’s former boss moved to a new assignment, his new boss was immediately inundated with complaints about his unreliability. So, in his next review, she told him his performance was unacceptable and put him on a performance improvement plan. In spite of Geoff’s initial effort, his improvement over time was spotty. So, at the end of 2007, his manager placed him on probation and told him he had one year to improve or he was out. In 2008, as worldwide unemployment soared, Geoff was shown the door.

Behaviors That Drive Career Success
According to cumulative VitalSmarts research, as tragic as Geoff’s story is, employees’ inability to change following poor reviews is commonplace. However, analyzing data on top performers to determine what they do differently to make them stand above the rest revealed there is a small set of employees who know how to take input from their managers and turn it into career success. These employees know the necessary behaviors to keep their careers on course and how to encourage themselves to execute on those behaviors.

During the past two decades, VitalSmarts studied the most influential and respected employees in more than 50 companies and dozens of industries. Using an opinion-leader methodology, managers and employees were asked to identify the top three “go to” people in their organization. This data produced a power curve, where approximately half of the people in the workforce weren’t named by anyone, but about 8 percent were named by as many as half of their peers. The researchers then observed the behaviors of these top performers, looked for actions they took that resulted in their success, and identified behaviors they had in common.

The top performers consistently demonstrated the following:
1. They know their stuff. Top performers put regular effort into ensuring they are good at the technical aspects of their jobs. They work hard at honing their craft.
2. They focus on the right stuff. In addition to performing their craft well, top performers contribute to tasks that are essential to the organization’s success. Top performers work on their skill set and access to critical tasks the company values.
3. They build a reputation for being helpful. Top employees are widely known and respected by others not because of their frequent contact, charm or likability, but because they help others solve their problems.

Employees performing below their potential can become highly valued employees by tailoring these three behaviors to their career circumstances. Learning leaders should encourage employees to measure themselves against these behaviors and meet with their managers to discuss which behaviors will help them contribute.

Consider Melanie, a hard-working tax accountant who believed she was one of the smartest people on her team. Six years into her career she was passed over for a key assignment for the second time. She measured herself against the behaviors of top performers by conducting informal interviews with her manager and co-workers and discovered the following:
1. She no longer “knew her stuff” well enough. She needed to skill up on tax law.
2. She hadn’t been working on the right stuff. She needed to boost her billable hours.
3. She wasn’t viewed as being helpful on tough jobs because she had never been assigned to a major account. She needed to prove herself with a demanding client.

Once employees identify specific behaviors, as Melanie did, learning leaders can help influence behavioral change by aiding their employees in creating and implementing tailored performance improvement plans patterned after the strategies top performers use to drive behavior change.

How to Influence Change
The next step of VitalSmarts’ research was to uncover how top performers adopt the right behaviors. The most important discovery was that they don’t rely on willpower alone. Rather, they step back and create influence strategies to keep themselves on course. They act as both scientist and subject by designing their personal, social and structural environments to support these behaviors.

These encouraging and enabling influences can be grouped into six discrete sources. Below are examples of how learning leaders can help underachieving employees develop a change plan targeting each one.

1. Personal motivation: Help employees flash forward to their future. The best motivation is to help employees visit their default future — the life they’ll have if they are repeatedly passed up for promotion. Help them visualize the money they’ll lose and opportunities they’ll miss. Specifically, VitalSmarts’ research shows if a 30-year-old employee earning $60,000 is passed up for a promotion with a 2 percent raise, they’ll incur a loss of $59,780 over their career.

2. Personal ability: Invest in professional development. New habits always require new skills. Help employees develop the skills they’ll need to be viewed as a top performer through training, workshops or books that focus on the behaviors they are working to develop. Then encourage them to apply their new skills and seek feedback from an expert. This expert could be a peer on their team who embodies the skills they are working to develop.

3. Social motivation: Encourage employees to hang with the hard workers. The bad attitudes and habits that hold people back are likely enabled, tolerated or encouraged by others. Encourage struggling employees to associate with hard-working colleagues who share similar career goals and to distance themselves from slackers and water cooler conversations.

4. Social ability: Match employees with a mentor. Changing habits requires help. Help struggling employees find a mentor who will encourage their progression and navigate career development opportunities within the organization.

5. Structural motivation: Help employees put skin in the game. Reward employees for reaching short-term goals by placing money at risk. For example, tie small bonuses, rewards or incentives to their ability to meet their goals in time for their next performance review.

6. Structural ability: Help employees control their workspace. Make employees’ new habits easier by boosting the power of their surroundings. If they’d benefit from close association with another team, relocate their office space.

VitalSmarts’ How to Have Influence study, published in 2008 by MIT Sloan Management Review, shows that employees who focus on just a few behaviors and then use all six sources of influence in combination increase their chances of success tenfold.

In contrast to many behavior change research studies that show modest differences of 10 to 20 percent when using various interventions, when a behavior change strategy is informed by good science, the differences in effectiveness are not incremental, they are exponential. Learning leaders have the ability to encourage and enable lasting behavior change by spreading these strategies across the workforce. This can be done by creating a performance improvement plan composed of the following steps.

• Have employees who receive a poor performance review measure themselves against the three common behaviors from top performers and tailor the behaviors to their specific career circumstances.
• Ask employees to meet with their managers and co-workers to discover where they are lacking and what development or behaviors they need to be seen as a top performer.
• Once employees have finalized the behaviors they will improve, have them create tactics within each of the six sources to drive behavior change.
• Finally, leaders can work with employees to ensure they create a six-source change plan and help them implement tactics as needed.

David Maxfield is vice president of research at VitalSmarts and co-author of Change Anything and Influencer. He can be reached at editor@CLOmedia.com.