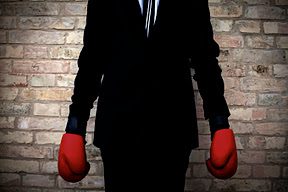 Sometimes the qualities that make a leader valuable can become detrimental if they are not managed effectively.

When strengths — and each employee has different ones that organizations can capitalize on — became fashionable, executive coaches everywhere were ecstatic. Research such as the Gallup Organization’s “The Clifton StrengthsFinder 2.0 Technical Report: Development and Validation” showed what coaches already knew to be true: When people spend most of their time using their strengths, they are happier, more productive and more likely to stay in their jobs.

One of the things great managers do is work with their employees to help each individual understand his or her strengths and then tailor work projects to leverage them. Strengths in this context might be defined as the capacity or potential for effective action, and they can be fairly visible. Combining several unique strengths such as creativity, analytical thinking and language proficiency is what makes some individuals so effective and hard to replace.

Managers also can help an individual when a strength is overused. Most assessments focus on perceived deficiencies more than strengths, which people tend to ignore. It’s important for managers to pay close attention to both. But what happens when an individual who is overusing a strength doesn’t have a manager? How do senior leaders who get almost no real feedback know when they’ve gone off the deep end?

The president who prides himself on being authentic may not know his team is constantly wincing from his over shares. The CEO who is loved for building consensus will lose credibility when he fails to make a hard decision when no one can agree. Then there’s the CFO whose genius at analytical thinking fails him utterly in the face of faltering relationships with his leadership team.

When Scott Blanchard, executive vice president of leadership and development training for The Ken Blanchard Cos., started a new company 10 years ago, he was in his element. Blanchard had several strengths he was eager to take advantage of: he was inventive, able to envision something that had never existed; he was compelling, able to enroll just about anyone who listened onto his team; and he had stamina — he’d do the work of three people when he was excited about something. There was only one problem: everything that made him the perfect person to start the new venture was also making people around him crazy.

Blanchard’s vision was so clear to him he couldn’t accept input that might shift it. His ability to persuade started to make one of his executives feel like he was being sold and decreased trust. His stamina was so high no one else could keep up with him. As he noticed his effectiveness waning, he decided to work with an executive coach. His coach helped him to realize that in his desire to get things done and move things forward he was over-relying on his strengths.

In an effort to recalibrate and modulate how he used his strengths, he asked members on his leadership team for their spin on the vision. He got others involved in developing arguments and let them do sales pitches. He worked to be more patient with people, letting them go at their pace rather than pushing them to match his.

“It never occurred to me that I might be overusing my strengths,” Blanchard said. “Once I saw it, it was easier to stop doing the behaviors that came so naturally and had actually served me well, to a point. Modulation became the key to help me to achieve my goals.”

The Power of Self-Examination

Not everyone has an opportunity to work with a coach, but it is worth it for every manager and leader to think about how he or she might be overusing strengths. First, identify them. A little self-examination is probably in order, and here are some ways to go about it.

• Anyone who goes back to grade school report cards will find budding strengths: plays well with others; keeps cubby neat and tidy; work is always organized and on time; empathizes when others are having a hard day. Ben Tiggelaar, author of Dream, Dare, Do, maintains that people who have not built their careers on their fundamental strengths achieve only mediocre success. What teachers say about an individual’s tendencies early on can be a treasure trove of information about inborn strengths.

• Best friends, family members, even long-term colleagues always will tease about strengths. Clues can be found in the stories people choose to remember and the nicknames they’ve received.

• People who know themselves well have asked around. Family, friends, bosses, colleagues, clients and employees will have observations and insights to share; asking for them is equivalent to looking in a mirror. It is important to feel safe enough to have a frank conversation, and it’s often best to ask directly: “I am working on raising my self-awareness. I wonder if you would feel comfortable sharing your opinion with me. I understand that might be uncomfortable, but I would like to know what you see as my strengths.” The ability to make people comfortable giving feedback is a strength in itself, and though it can be difficult, it is a habit worth building. The key is to ask in a neutral tone, and then — this really important — listen to the answer and say thank you. Do not rebut or argue with requested feedback. Leaders who make it clear they expect feedback and thank others for giving it are the ones who get feedback.

• The updated StrengthsFinder 2.0 tool contains an access code to an online self-assessment, and the resulting report is a comprehensive self-assessment complete with action planning ideas and coaching questions. Material provides distinctions to help individuals think in-depth about their strengths.

• A multi-rater 360-degree feedback process, such as the Lominger Voices 360, also is a great way to assess strengths, the way the individual sees them and the way others see them. The Lominger authors were early adopters of the notion of overused strengths and have developed solutions for each of 67 leadership competencies.

Once individuals have a sense of their strengths, they can then ask: How do I know if and when I am overusing strength? The best place to look for answers is in habits and default behaviors that appear under extreme stress. Habits are often formed because they help people to be successful in some way. Habits, often built on strengths, can be difficult to break or change precisely because they have been useful. It is up to the owner of a habit to decide when it has outlived its usefulness. Or, as Blanchard said of his experience, to observe and modulate automatic behavior when it no longer serves its original purpose. Questions to ask oneself to uncover this possibility: What strength am I leaning on right now and how might a different approach serve my purpose better? Just because this is the way I normally do things, is it the best way in this situation?

Extreme stress can push people to turbo-charge their strengths. In such cases, they can derail or be fired because they can’t shift into another, more useful mode. Individuals who feel rigid, like they just have to power through any problem, may be in danger of this. Feeling the need to power through is a clear sign it is time to rely on other strengths and possibly develop new ones that will better serve a new role or situation. When under extreme stress and in danger of overdependence on a strength, one might ask oneself: What am I doing now that I usually do when I am stressed out that is not going to solve this problem? How can I stop, think and try another way to solve this problem? What other strengths do I have that I might use?

Author and executive coach Marshall Goldsmith said the one thing senior leaders do often to make themselves less effective is to try and “add value.” Solving problems, injecting opinions and adding value are some of the most common overused strengths among senior leaders. This is a population of people who have built their success on being the smartest person in the room, having the right answer or even all of the answers. Senior leaders who cannot manage this habit will fail to develop their people and ultimately make themselves less relevant. One of the most difficult things many leaders learn is to keep their mouths shut unless they see an individual making a mistake that will cost too much, or when the team is missing something critical.

In The Versatile Leader: Make the Most of Your Strengths — Without Overdoing It, authors Bob Kaplan and Rob Kaiser wrote: “The concept of adjusting the volume goes all the way back to Aristotle, who postulated that what is good, virtuous and effective in thought and action is the mid-point between deficiency and excess.”

It is far more common for overused strengths to derail leaders than weaknesses because the very thing that makes a leader a towering force in an organization can be his undoing.

Madeleine Blanchard is co-founder of coaching services at The Ken Blanchard Cos., and co-author of Leverage Your Best, Ditch the Rest and Coaching in Organizations. She can be reached at editor@CLOmedia.com.