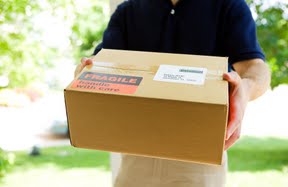 When President Obama unveils a new jobs package after Labor Day, a set of statewide initiatives to retrain workers may serve as inspiration.

With the unemployment rate hovering above 9 percent nationwide and more than 14 million people out of work, jobs — or rather the lack thereof — are taking center stage.

President Obama plans to unveil a jobs package after Labor Day that will reportedly include proposals to put more people back to work by increasing spending on infrastructure and extending tax incentives to employers to spur hiring. According to a report in the Wall Street Journal, job training may also play a major role.

The inspiration for that initiative is Georgia Work$, a program started in 2003 by the state’s labor commissioner. This allows jobless workers to receive on-the-job training at a participating business at no cost to the employer. Job seekers spend 24 hours a week for up to six weeks in training while still continuing to receive unemployment benefits as well as a $240 stipend for job-related expenses like transportation, child care and clothing.

Interested employers sign up with a local workforce agency, which monitors the training to ensure it doesn’t violate labor laws. Courses offered must be similar to those provided in vocational schools and the trainees cannot replace currently employed workers. Employers must also make sure trainees understand they will not be paid and there is no guarantee of a job at the end of training.

According to the Journal, more than 16,500 companies have participated and more than 23,000 people have completed the program. Nearly a quarter (24 percent) were hired by the participating employer and 60 percent found work at another employer. Several other states, including New Hampshire and Missouri, have since copied Georgia’s model.

Community colleges often act as a primary workforce training provider in many states. Through an offset of Mississippi’s state unemployment insurance, the Mississippi Department of Employment Security was able to fund $20 million per year of workforce training to retool workers for new jobs and set up call centers to provide advice on career development and training.

States are engaging in competition to create jobs, offering incentives and credits for companies to relocate and expand in their backyard. In his upcoming book, The Coming Jobs War, Jim Clifton, Gallup chairman and CEO, argues that this competition to create good jobs is fast becoming a worldwide war.

“This really has to be a war on job loss, on low workplace energy, on health care costs, on low graduation rates, on brain drain and on community disengagement,” Clifton said. “These things destroy cities, destroy job growth and destroy city GDP. Every city requires its own master plan that is as serious as planning for war.”

With U.S. economic growth sputtering at 2 percent and emerging markets like China expanding at nearly 10 percent, jobs are becoming a political hot potato. With his forthcoming speech, it looks like the president is aiming to convince Congress that now is the time to act on his ideas. Whether or not it will is another story.

Mike Prokopeak is editorial director of Chief Learning Officer magazine. He can be reached at mikep@CLOmedia.com.