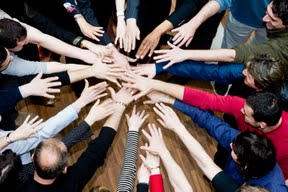 The Tribe Has Spoken

By understanding the tribes we belong to at work and the stages of their development, leaders can build a high performing organization.

Long before “Survivor,” the CBS reality TV juggernaut, made it a cultural catchphrase, the tribe described a group of people who banded together based on shared culture, goals or ideas.

While few people still identify as tribal members, leaders can drive higher performance by thinking of their organization in a new way as a set of overlapping groups, each with a distinct culture and way of communicating.

“The prisms that we have to look at organizations keep showing us the same things,” said Dave Logan, professor at the University of Southern California and co-author of Tribal Leadership. “We’ve been trying to tweak those variables for years and we just don’t seem to be getting the results we want.”

Based on more than eight years of research with more than 24,000 people in two dozen organizations, Logan and his co-authors, John King and Halee Fischer-Wright, have identified five tribal stages within organizations, each characterized by a particular overall mood and higher level of performance:

• Stage One: Despairing hostility. Mercifully rare (about 2 percent of organizations, according to Logan), these organizations are filled with people who band together for survival in what they see as a violent or unjust world.

• Stage Three: Lone warrior. The most common culture in workplaces today (49 percent), this kind of organization is characterized by people hoarding knowledge and competing with one another to win.

• Stage Four: Tribal pride. Ideal for most organizations, this stage is characterized by a common purpose, shared values and accountability. About 22 percent of cultures are at this stage.

• Stage Five: Innocent wonderment. Rare (2 percent) and focused on pure leadership, vision and inspiration, most organizations that achieve this stage oscillate back and forth to Stage Four.

Logan said tribes are the most powerful force within an organization and do not always operate overtly in a way that can be influenced by standard management practices.

Leaders can assess an organization’s tribal culture through a rigorous social network analysis, but the most effective way is to simply get people talking. Logan recommended that leaders explain the five stages, ask people to identify the stage that most reflects their tribe using an anonymous survey and then analyze and use that data to facilitate a discussion on what’s required to carry out their shared vision.

Having people work through the stages encourages ownership of the problems and allows people to grapple with and experience those problems firsthand, Logan said. And by tackling culture first they will solve a host of organizational process and communication troubles.

“Figure out where your tribes are, move them to the next stage and then all [the issues] that you’ve been struggling with, many of them solve themselves really easily,” Logan said. “If you change the background issues, the foreground issues suddenly are different.”

Many companies that invest heavily in recruiting and retaining talented people, building competencies and upgrading leadership are taking the wrong approach, mired in personal conflict and internal competition as a result. They are upgrading leaders’ skills and making them more competent, but they’re not teaching them how to manage the tribe.

“A lot of our efforts are actually achieving the opposite of what we wanted,” Logan said. “When you look at a lot of the leadership development methods from the tribal perspective, leadership has nothing to do with my talent. I only need to be talented to the extent that I need to be able to look at the tribe and make the tribe better.”

It’s not about development. It’s about the intersection of talent and culture. A tribe that works well together will cover for a lack of competency or skill.

“If you want to unleash competencies, then it’s all about the tribe,” he said.

Mike Prokopeak is editorial director of Chief Learning Officer magazine. He can be reached at mikep@CLOMedia.com.