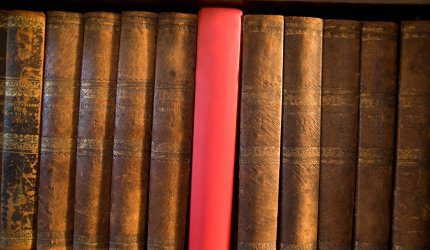 Grappling with blazing-fast change requires a new vocabulary. Here are a few phrases from a CLO survival guide that you may find useful.

Grappling with blazing-fast change requires a new vocabulary. Here are a few phrases from a CLO survival guide that you may find useful.

Blink: Rapid cognition, or gut feeling. Making snap judgments, often valid, on the basis of a few data points. Popularized by Malcolm Gladwell in a book of the same name.

Blog: Great way to narrate your work to enable others to learn from your example.

Boiling the ocean: Trying to cure all problems at once, often with a single tool. Don’t even try.

Complexity: It’s a nonlinear, interconnected world, and you will never figure it out.

Course: Rigid unit of learning, generally expressed in hours or days and “led” by an instructor. Opposite: “Just enough.”

Entropy: Disorder. Closed systems decay over time. Margaret Wheatley has proposed that this is why scientific managers are so hung up on control.

Flow: Why you cannot step in the same river twice. Nothing is permanent; everything flows. Also, the euphoria that accompanies flowing in sync with your reality.

Free-range learner: Someone who learns as he or she chooses. Often discovery learning.

Frog boiling: Apocryphal science experiment. Drop a frog in a pot of boiling water; he jumps right out. Put a frog in a pan of cool water and slowly heat it on the stove; the frog never senses a big change in temperature and stays in the water until poached.

Hospicing: From Nancy White, “We are hospicing things we no longer need/should do. Sometimes that means turning them over to others to care for until they die.”

Internet cloud: Like a black box. Stuff goes in and stuff comes out; whether it bounced across continents and satellites doesn’t make any difference.

Metadata: Information about information. Often, metatags that describe what’s inside a chunk of learning. Generally machine-readable. Analogous to a barcode on an incoming shipment.

Mindful: Opposite of mindless. Take a deep breath. Pay attention.

Next practices: Guidelines for building a sustainable future. Best practices look backward, providing advice that worked in the past; next practices focus on what to do in the time ahead.

Opportunity cost: The cost of not doing something — e.g., the sales the rep didn’t make because he or she was away at a seminar. Often the largest cost associated with training programs.

Presence awareness: If the urinal in the airport bathroom knows when I’m there and when I’m not, should we expect anything less from our computer networks?

Social learning: What e-learning was supposed to be.

Technophilia: The belief that technology will solve all ills. Especially prevalent during the dot-com delusion, fostered by Wired magazine.

Unlearning: Making way for the new by throwing out the old.

WikiLeaks: Warning shot to all secretive organizations. There are no secrets. Might as well go transparent.

Working smarter: Executives rail against informal learning; I’ve yet to find one who is not interested in having people work smarter.

Workscape: Performance ecosystem. Metaphorical environment where work and learning converge. Covers the entire ecology and could include the water cooler, the break room, the Friday beer bust, the conversation nook at the office, Wi-Fi in the cafeteria, the enterprise.

YMMV: “Your mileage may vary.” Recognition that your results may not be the same as mine. Other things are never equal.

This is an excerpt from The Working Smarter Fieldbook 2011 edition by Jay Cross, Jane Hart, Harold Jarche, Charles Jennings and Clark Quinn.

Jay Cross chairs the Internet Time Alliance and is a thought leader in informal learning and working smarter. He can be reached at editor@clomedia.com.

Jay Cross is CEO of Internet Time Group and a thought leader in informal learning and organizational performance. To comment, email editor@talentmgt.com.