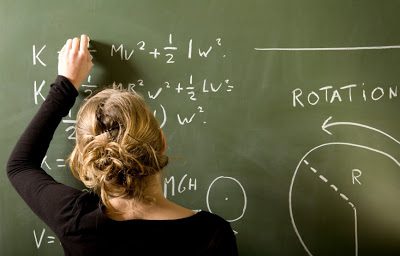 When and How To Go Beyond IQ in Assessing Employees

High test scores might not always point to the best, highest performing candidates. Students who perform well in IQ reflective tests may simply have access to a greater range of developmental resources.

Numerous psychological studies support a link between a high IQ score and job performance. Because of this, employers use these tests to identify the best candidates and thus continue to create wider gaps between high- and low-scoring students.

According to former professors of psychology John Hunter and Frank Schmidt, when hiring employees who do not have previous experience in a particular job, the most valid predictor of future performance is general mental ability measured through IQ reflective tests.

In their article, “The Validity and Utility of Selection Methods in Personnel Psychology: Practical and Theoretical Implications of 85 Years of Research Findings,” printed in the journal Psychological Bulletin, Hunter and Schmidt state IQ-test scores predict performance ratings in all occupations. The piece mentions one logical exception: Low IQ scores are more likely to be a barrier to adequate performance for highly qualified activities, but athletic strengths such as speed and coordination are more likely to influence performance for minimally skilled activities.

But the link between IQ and high performance might be explained by the greater range of developmental resources and thus career prospects given to those with higher scores, according to “Why Do IQ Scores Predict Job Performance?” a study published by the Netherlands’ Rotterdam School of Management, Erasmus University.

“For managers, the challenge is to learn how resources that build valuable employee capacities are allocated in different national and cultural contexts where one is searching for employees,” said Eliza Byington, lead author of the study. “For employees from outside the United States and Western Europe, for example, IQ reflective test scores may not be the most useful predictors of job performance.”

Research linking IQ to high performance is more prominent in North America and Western Europe. In these areas, intelligence and access to resources are tied. In Eastern and Middle Eastern Asian countries, those resources Western countries have deemed critical for success are often nonexistent.

“In the Netherlands, for example, if you do well on the IQ-reflective Cito tests at age 11, you are put on a college preparation track, and you will probably end up having your university education, including masters programs, largely paid for by the government,” Will Felps, co-author of the study and assistant professor of organization and personnel management at the Rotterdam School of Management. “If you do poorly on the Cito test, you are put on a different track, aimed at preparing you for blue-collar work. In countries like the Netherlands, the evidence seems to suggest a very strong relationship between IQ and performance.

“In contrast, during the Cultural Revolution in China, few breaks were given to people who could perform well on IQ-reflective tests. And indeed, one of the only studies we have in China found that IQ was not at all associated with performance. We think these results can be explained by recognizing that the association between IQ and performance is something that societies help create by how they allocate opportunities.”

What’s argued in the West is that people with higher IQs have the ability to learn how to do their jobs faster and more efficiently, and, as such, the cognitive ability measured by IQ is the driver of job performance.

“Many Western nations tend to give important developmental resources to people on the basis of IQ-reflective tests,” Byington said. “IQ reflective tests include school achievement tests, university entrance exams, as well as some of the tests employers may use to select from among job applicants. Organizations rely on these tests to determine who is placed in advanced classes, the quality of a person’s university education, the opportunities for scholarships and mentoring, as well as for selection, career training and advancement opportunities. So, to what extent is the performance of high-IQ individuals a result of cognitive ability and to what extent is it a result of the resources they have received? The answer to this question has important implications for public policy, organizations and managers.”

According to Darleen DeRosa, a managing partner of OnPoint Consulting and author of Virtual Team Success, threshold competencies like IQ are necessary to receive and maintain a given position, but smart hiring and promoting looks beyond test scores for distinguishing competencies; the abilities that identify outstanding performers.

“While IQ can be relevant and certainly very useful to understanding someone’s intellectual horsepower, it really is only one variable in understanding employee performance and employee potential,” DeRosa said. “A best practice method to hiring is using multiple pieces of data when selecting employees. You must interview the person, use personality tests and check their references. Using multiple pieces of data rather than simply IQ test results will give a company much better confidence and validity in terms of predicting performance and future potential.”

According to DeRosa, IQ is static, while examining an employee’s potential means truly understanding the employee’s background.

“Companies that aren’t focusing on developing leaders based on the personal side of things —their experiences, personalities and professional relationships with others — are going to have a big problem when identifying future leaders and accelerating the development of current leaders,” she said.

Ladan Nikravan is associate editor of Chief Learning Officer magazine. She can be reached at lnikravan@clomedia.com.