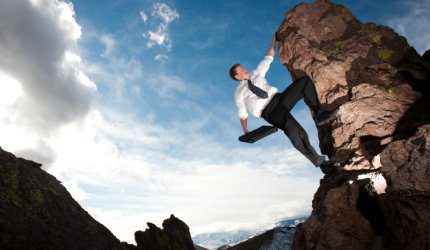 The right tools, workspace and resources are important to promote top performance, but employees also require a positive mental environment, the right job and the freedom to make connections and be creative at work.

Life has changed radically from a generation ago. A manager’s job is getting harder and harder to do. Some experts say that managers are becoming obsolete, while others say managers are more important than ever. Whatever the truth may be, managers work hard in pressure-packed, confusing and unsettled times.

The central question for many managers is how to draw the most from the talent they manage. What can managers do when their most talented people fall short of their full potential, or worse, fall off their game altogether? Finding the “shine” in someone — helping people perform at their highest levels — isn’t rocket science. It’s actually more complex, mysterious and important than rocket science. It’s brain science but it has yet to be codified into a simple and reliable process that all managers can use.

The Cycle of Excellence, a process managers can use to bring out the best in their people, was developed as a part of a 30-year clinical field study. It is rooted in clinical experience as well as the most significant developments in neuroscience over the past 30 years, developments such as neuroplasticity, mirror neurons and the fact that the brain can grow throughout life.

Some of the participants in the field study were employees in businesses who had the trait we now call attention deficit hyperactivity disorder (ADHD). Others struggled for different reasons but they all shared the problem of not making the most of their talents. Their managers assumed they simply were not trying hard enough, but sometimes they were actually in the wrong job. In other cases, employees were shutting down because of a toxic workplace culture. In still other cases, these valuable workers’ capabilities were being wasted because managers were not challenging them or asking them to use their creative talents. Frequently what appeared to be a failure to work hard enough actually stemmed from a frustrated desire to work hard at all. Almost everyone wants to work hard if they see they can succeed and grow in skill and advance their careers. The Cycle of Excellence was created to help learning leaders address this gap and make the best use of employees’ talents.

Applying the Cycle of Excellence
The Cycle of Excellence works by exploiting the power of the interaction between what is within a person and what lies outside. Neither the individual nor the job holds the magic. Every manager has the opportunity to make this magic happen by guiding employees through five steps that when taken as a whole will lead to peak performance.

Step 1: Select. Before people do anything, they should figure out what they want to do. Managers can help employees achieve peak performance by making sure individuals select jobs or tasks that meet three criteria: it is something they are good at; it is something they like to do; and it is something that adds value to the project or to the organization. The intersection of those three elements creates a formula in which consistent excellence can happen. As the research of author and psychology professor Mihaly Csikszentmihalyi has shown, peak performance emerges in a state of mind he named “flow” in his book Finding Flow: The Psychology of Engagement with Everyday Life. The doorway to flow can be found at the intersection of those three criteria.

This step is pivotal because it influences everything that follows. Yet it is often overlooked. Millions of employees underachieve simply because they stumbled into the wrong job and never got out of it. It is critical that a manager know direct reports well enough to help them get into the right roles in the organization.

Step 2: Connect. Connection fuels the cycle and follows on the heels of wise job or task selection. People who are doing things that suit them feel connected to others and to a mission, therefore they can achieve at the highest levels. They are inspired and can more easily inspire others. A positively connected work environment in which people feel understood and safe to be authentic is critical for employees to do their best. Fear disables people. In states of fear the deep centers of the brain, such as the amygdala, take over the higher cerebral cortex, short-circuiting higher thinking. Managers who take seriously the task of creating a positive emotional environment can inspire their workers and help them to do far more than they thought they could. A positive work atmosphere is not a frill. It leads to a fire-in-the-belly commitment that can become contagious. It’s a workplace imperative that drives the bottom line.

The speed and complexity of business in the modern workplace tend to leave people disconnected — emotionally alone, isolated, exhausted, anxious and afraid — with no idea how they got that way or what to do about it. Employees are too mentally overloaded or too stressed to converse and connect, and sometimes they are not even physically in the same location as their coworkers. Restoring their connectedness creates positive emotions that catalyze superior performance. Positive emotion can be a manager’s greatest ally, a leg up on the competition and a hidden advantage — if the manager recognizes its power.

Step 3: Play. All managers recognize the importance of work but not enough recognize the importance of play to catalyze peak performance. Play is any activity in which the imagination gets involved. So defined, it constitutes the most advanced, productive activity the human brain can engage in. When workers seem dull or apathetic, it is usually not because they are innately dull or apathetic. It is often because play is missing from their work, and they are not engaged in creative problem solving. Play is sometimes dismissed as trivial in the workplace but it is not. People at play produce creative results and can leap more readily from the humdrum to the exceptional.

Step 4: Grapple and grow. Grapple and grow naturally follows play. Play leads a person to get into a task and, fueled by that feeling, to work harder. It’s important to remember that drudgery comes with every job. No job is free of such tasks and no one enjoys them, which is why enthusiasm for one’s work can wane over time. When that happens, managers may mistakenly think that their employees don’t have enough commitment and they may drive them to work harder to compensate, creating burnout.

The problem is often not a lack of employee commitment. It is being made to work on a task the employee can’t do well or one that is going nowhere and over which the individual has little or no control. Most people enjoy working given the right conditions, and if employees have selected, connected and played well, grappling and growing in their jobs will happen far more easily. When managers ensure employees work on tasks that suit their skill levels but still challenge them, they work in an environment where they feel trusted and open to playing and thinking creatively, the drudgery involved in any project becomes more bearable.

One of the most helpful skills a manager can develop is the ability to challenge the right person at the right time to contribute something that is important to the organization. This may involve challenging the employee with something small such as drafting a more influential presentation, or motivating the individual to take on something big such as developing a new system design to produce one of the company’s major products. As the employee achieves mastery of the task or project, not only does the business grow, the employee becomes a more valuable member of the organization. Keep in mind that while achieving mastery can build confidence and instill motivation in employees, failing to make progress can disrupt their confidence and self-esteem and demotivate them. Great managers make sure everyone in their group is making progress.

Step 5: Shine. Shine is what happens when employees work hard and advance. As they gain recognition, which affirms what they have done is valuable, they can experience one of the greatest feelings a person can have, pride. Managers can help people to shine by providing them with praise, rewards and awards for a job well executed. People who shine want to keep shining. They are motivated. They feel connected to the team, the group and to the organization. They become extremely loyal and want to help others in the organization advance. This completes the Cycle of Excellence and keeps it in motion.

The value of the Cycle of Excellence lies in its melding a wealth of diverse, proven knowledge and wisdom into a logical succession of steps — each step growing from the previous one. Taken by themselves, none of the recommendations about helping employees find the best job or role fit, establishing connections and trust and engaging them creatively in work are likely to result in lasting excellence. But taken together, these steps will galvanize the untapped energy, creativity, loyalty and commitment most employees leave at the front door on their way in to work.

With this plan, managers can do consistently what they usually do sporadically: Help people achieve peak performance. This is satisfying and productive for both manager and employee. Creating the conditions under which employees can thrive and exceed their own expectations is an exciting opportunity every manager can embrace today.

Edward M. Hallowell, M.D., is a psychiatrist and director of the Hallowell Centers in New York City and Sudbury, Mass. He is the author of the Shine: Using Brain Science to Get the Best from Your People. He can be reached at editor@clomedia.com.