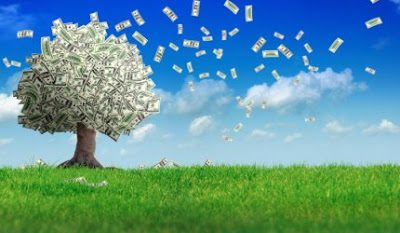 Most companies can trim 10 percent of costs without much effort, but in nearly all cases, costs return within 18 to 24 months. To make savings last, CLOs can develop learning laboratories that engage employees at all levels to identify and eliminate waste

Maintaining a healthy organization is similar to nurturing a healthy rose bush. To reach its potential, a rose must be given adequate food, fertilizer, insecticide, water and proper trimming.

If a gardener needs to reduce costs, he or she might cut back on the amount of fertilizer, water and insecticide given to the rose. The immediate cost savings would be apparent, and the rose would likely survive but probably not prosper over the next several growing seasons. If the gardener’s financial situation improved, he or she would likely restore the food, fertilizer and insecticide to prior levels, and the rose’s health would likely be restored. Similarly, many companies treat cost reduction as a one-time program driven by the need to achieve short-term profit objectives. More often than not, such sporadic cost-cutting activity is reversed once financial pressure is relieved and rarely results in lasting changes to the company’s cost structure.

In the short term, it is not difficult to generate 10 percent savings. Implementing travel restrictions, migrating from weekly to biweekly payroll and surgically reducing head count are common approaches to rapid cost savings. These savings tend to be short-lived once the cost reduction program has ended. As enthusiasm for cost cutting wanes, these somewhat indiscriminate cuts will seep back into the organization and, in the worst case, potentially stunt future growth.

Stuck in the Cost-Cutting Cycle
So why are so many companies, particularly those seeking to permanently redefine their cost position, stuck in a never-ending cost-cutting cycle? First, cost is a financial measure that is ephemeral. Costs fluctuate tremendously over short periods of time, and it is often in response to an external stimulus that companies shift their attention to costs. Since costs are financial rather than operational measures, they can easily be trimmed, slashed or eliminated with the stroke of a pen. But as easily as they can be reduced, they can reappear. And they often do, generally within 12 to 18 months.

Second, many cost reduction programs begin with senior management setting cost reduction goals with specific dollar targets on how much they are looking to save (e.g., reduce costs across the department by 10 percent). Management will initiate these types of across-the-board cuts that don’t differentiate between those that add value or destroy it. In addition, the implementation of the program is generally left to line managers to determine how these targets will be achieved. Although the “how much” is clearly defined, the subjectivity of the “how” can lead the company into suboptimal and unsustainable positions. While management-led directives usually deliver cost reduction quickly, they tend to be reactive, myopic and, as such, short-lived.

Third, many companies utilize a bottom-up, detailed analysis across all departments in order to identify cost reduction opportunities. This approach is essentially a combination of a suggestion box with a cost-benefit analysis. This approach is effective in generating a list of opportunities, but it generally takes time to vet potential solutions, their impact on the organization and their viability. As with the other two approaches, this approach does not address the systemic reasons for costs, making it difficult to sustain savings.

For example, a global telecommunications company’s initiatives to reduce manufacturing and product costs were led at the plant level without input or customer insights from sales and marketing teams. The manufacturing leaders of the cost reduction effort nearly caused several products to become defective because they did not know how customers used the products. Consequently, the effort led to the loss of accounts and market share.

While there’s no silver bullet to ensure cost management programs stick, a successful approach has three primary themes: focus on waste, not cost; get the right people involved; and make sure the approach is woven into the organization’s fabric, rather than treated as an episodic exercise.

Focus on Waste, Not Cost
In closing the cost “gap,” never look at costs. Rather, focus on eliminating waste, defined as any activity that does not directly or indirectly add value to the customer base. What is the difference? For starters, waste elimination is generally worth up to 10 times the value of cost reduction. Between 70 and 80 percent of organizational activity does not add value to the ultimate customer. The opportunity to radically eliminate massive amounts of waste in nearly every organization is staggering. And the primary benefit — the culture of a pruned organization across all dimensions — is vastly improved over that of the old organization and does not allow the waste to reappear.

This is not a Lean, Six Sigma or total quality management approach. Quite the contrary, waste elimination is strategic and asks the critical question: How does, or how should, the organization add value to its customers? The first step is to perform a strategy audit to determine the company’s plans over the next 12 to 36 months. Included in the audit is a detailed analysis to identify the projected customer base, what it values and how it wants to be served. From there, review the end-to-end business to identify and eliminate non-value-added activities, relationships and policies.

For an activity to be value-added, it must meet the following three criteria:
• The activity must result in a change in the form or function of the product or service.
• The customer must want and be willing to pay for the result of the activity.
• It is the first time that the activity occurs in the process.

So how could this work in practice? In 1997, Bank of America embarked on an enterprisewide mandate to eliminate waste throughout the organization. It constructed a learning laboratory that taught front-line bank associates how to identify and systematically eliminate waste. Following their experience in the lab, waste elimination teams consisting of five to seven front-line associates formed as cross-functional teams of experts. The teams were each given stretch goals to build operational pilots within 90 days that improved the customer experience while eliminating waste throughout the organization.

Following the learning laboratory, teams designed and executed customer surveys. They surveyed 50 key customers and asked them questions, including what they required from the process, how they measured requirements and to what extent the process delivered the expected value. By the end of the week, the teams formed a statement of focus that summarized and prioritized the survey results.

Also during week one, the teams mapped and analyzed their operations. Each operation was initially mapped at the macro level. The macro steps were classified into one of three categories: value-added, non-value-added but essential in the operating environment and non-value-added rework. In the lab, the teams learned that an activity was considered value-added if it met three criteria:
• It was a change in form or function.
• The client was willing to pay for the output.
• It was the first time the activity occurred.

The teams also learned the definition of rework: any time work is reviewed, replaced or corrected, any time the workflow moves backward from the intended direction, and any time work is performed more than once.

The teams then performed root cause analysis to determine why operations were comprised of 85 percent non-value-added activities. Following the analysis, the teams selected the most likely hypotheses with which to perform experiments. Basic themes were lack of timely and correct information, too many reviews and too many handoffs. The teams then designed a series of experiments designed to prove or disprove their hypotheses. Most of the experiments were designed within three hours and run over the next few days. Generally, the teams sought to design experiments that targeted a 30 percent failure rate to ensure their ideas challenged conventional thinking.

The teams analyzed the results of the initial experiments and modified as needed, generally changing one variable at a time. The teams also created a prototype branch in Charlotte, N.C., to work out process problems before going live. The use of the prototype is an important tenet of service experiments: design and production problems were generally worked out offline in a laboratory setting before service delivery was tested in a live environment.

Success was determined by customer satisfaction, revenue growth or profit potential. The results of the successful experiments were then combined into operational pilots. The pilots were then run on a sub-segment of potential customers to test the robustness of the new process and gauge the response from financial analysts and customers.

“At the end of the day, the most critical aspect of experimentation and learning is measurement,” Milton Jones, one of the bank’s group presidents, reminded the teams. “Measurements will defend you if done right; otherwise they will inhibit you.”

The rollout spread across the organization and reduced overall costs of banking operations by more than $700 million. Quality remained high, and customer satisfaction was improved. Years later, costs had not returned to the organization.

Second, management should lead by example and create a supportive environment that encourages employees to seek out and eliminate waste. Third, managers must continually communicate openly and honestly to employees. Senior management must get employees to understand that eliminating waste is financially beneficial but also produces an environment more conducive to enjoyable, productive work.

Weaving the Fabric
Make sure the approach is woven into the fabric of the organization, rather than treated as an episodic exercise. Waste elimination is a change management initiative as much as a financial performance issue.

In most corporate cultures, admitting that a large percentage of activity does not add value is heresy. To combat this tendency, identify and celebrate opportunities to eliminate waste and modify reward systems to identify and eliminate wasted activities. When systems are in place to align incentives to desired behaviors, clarify roles, decision-making capabilities and access to information so the right individuals at the right level have the right information and power to drive the elimination of waste on an ongoing basis. Support from the midlevel manager and front-line worker is critical to the success of an ongoing waste elimination effort. It is at these levels — not the boardroom — that the necessary operational insight resides.

For waste identification and elimination to become part of the organization’s ongoing activities, the approach must be performed in a manner consistent with the organization’s culture. The chief learning officer can play a central role to ensure initiatives leverage organizational strengths.

Eliminating waste through organizational pruning is essential to improve profits, but also to position the organization for healthy long-term growth. Elizabeth Roth wrote in the 2010 edition of Rose Magazine, “Roses that are left unpruned can become a tangled mess of old and new canes all competing for air and light. Pruning is essential to the health of the rose. Cutting out dead and diseased wood will encourage the regular development of healthy new canes and ultimately, the goal of all rose growers, beautiful masses of blooms.”

Brian Klapper is the president and founding partner of The Klapper Institute, a management consulting firm focused on business performance. He can be reached at editor@clomedia.com.