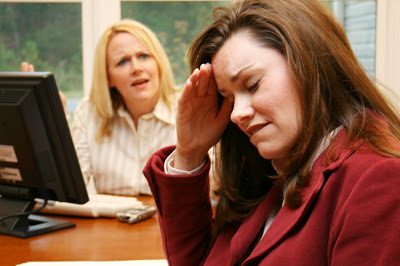 When You Don’t Want Employees to Agree

Harmony in the workplace is a good thing, but often conflict is needed to keep a team efficient and innovative.

Most employers think that harmony in the workplace is a good thing, and, in some cases, it certainly can be. However, when it comes to making business decisions, unrelenting accord is precisely what you don’t want.

Most leaders are happy when a group reaches a consensus, but if a group arrives at a major decision without much discussion and with few variations in thought, consider what’s really going on. Did the team agree because their solution was truly the best option, or could one of these other sets of circumstances have occurred?

All of these situations are variations of what social psychologist Irving Janis labeled “groupthink,” a term used to describe the danger of making faulty decisions because of pressures encountered in a group situation.

In the first situation described above, you may have one or two dominant group members who typically run the show and with whom everyone else is accustomed to agree. Where this is the case, you’re not getting the collective thoughts of a group, but the ideas of just one or two possibly like-minded individuals. What results is unilateral thought and judgment, which is probably not what you were after when you posed a problem to a team.

The second situation described above demonstrates the powerful fear of being singled out or ostracized. While the fear of not being accepted may keep most people following social norms and general rules of politeness, this fear in a business setting may keep obvious concerns and superior ideas from surfacing. Behavior like that exhibited in the second example may be the reason an organization pursues an idea that many people believe to be flawed.

Finally, being a team player is a sought-after quality in the business world, but if your employees are so tied to demonstrating this attribute that they are uncomfortable disagreeing for fear of being perceived as negative, the team dynamic is compromised and you may end up with the third situation described above. Be careful to clearly define the behaviors you value in employees. They shouldn’t think that being a team player means never disagreeing with or questioning the group.

Eliminating Groupthink
Eliminating this detrimental behavior is easiest if you can determine why it’s occurring in the first place. For example, if groupthink among your employees seems to be caused by intimidation, remove or reposition the intimidators. If it’s the boss, shake things up: Maybe the boss shouldn’t lead every discussion, or maybe the boss shouldn’t even be part of certain conversations. Bosses should also refrain from sharing their personal opinions at the front end of any discussion, since employees will have the most trouble disagreeing with an authority figure.

If the intimidator is not the boss but one or two dominant individuals who seem to be running the show, try to understand what is causing the team dynamic. Are the dominant players intimidating the less dominant individuals, or are the passive players uninterested and content to agree? Whatever the case, it’s to your benefit to make sure every team member understands that everyone is equally responsible for the decisions being made. You may need to instruct passive players to step up or ask overbearing individuals to change the nature of their contributions.

When a group seems to agree a little too easily, try requiring each member of the group to express specifically why they agree with the group’s decision rather than allowing any one member to silently concur. You might also challenge the group to think of any possible flaws in the decision. By asking everyone to come up with at least one concern, you not only test your group’s decision, but also may be creating a safe space for individuals to disagree with the group. A polite round of devil’s advocate can also help individuals practice expressing respectful differences in opinion.

Preventing Groupthink
One basic strategy to prevent groupthink is to make sure that groups contain diversity of thought. Diversity can come in individuals’ backgrounds, personalities or even work styles. Different perspectives can also be garnered by partnering individuals from departments that don’t typically interact. Encouraging employees to think through ideas on their own or in subgroups before coming together with a larger group may also help discourage uniformity of thought.

Ask for Trouble
Insisting that every employee represent his or her unique views may complicate the decision-making process within your organization, but this should be a welcome obstacle since diversity of thought is bound to lead to more well-rounded judgments. It may also feel strange to reject a team consensus, but when a group of people agree because they didn’t think things through or because some group members were unwilling to speak up, your organization may be unwittingly taking needless risks. In this type of situation, asking for trouble early on may actually help you avoid it in the long run.

Katie Loehrke is an associate editor in human resources at J. J. Keller & Associates Inc. She can be reached at editor@clomedia.com.