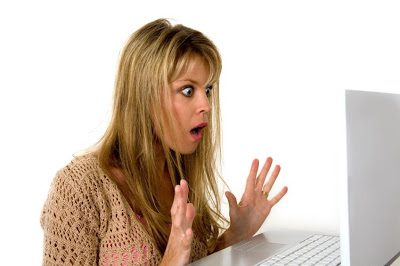 How Emotional Intelligence Disappears in E-Mail

L&D pros in organizations of all types have endeavored to build emotional intelligence in their leadership, but this can fly out the window when people communicate via e-mail.

Emotional intelligence has long been a popular topic among behavioral psychologists in understanding how people identify, assess and control their emotions. In recent years, it’s been increasingly buzzed about by learning and development professionals as a quality essential to the success of organizational leaders — and one they might not realize they need.

Travis Bradberry is the author of Emotional Intelligence 2.0 and the co-founder of TalentSmart, a consultancy that provides emotional intelligence (EQ) tests and training. “We spend a great deal of time researching EQ and how it connects to things like job performance, and oftentimes we find ourselves knee-deep in the issues that people encounter at work, where emotional intelligence plays a large role,” he said.

In working with companies on emotional intelligence, TalentSmart has discovered a particular need in this space: emotionally intelligent e-mailing. Bradberry noted that companies of all shapes and sizes are requesting assistance with this.

“Everyone’s had the e-mail exchange that they regret or made their skin crawl,” Bradberry said. “Let’s just say it wasn’t a single client request that led to this. We’ve studied more than half a million people now, looking at their emotional intelligence and their job performance, and it’s just a common issue that comes up again and again in our training program as something people want to talk about because it’s a challenge for them.”

According to Bradberry, the biggest stumble people make in e-mailing is not considering how the recipient of the e-mail will react when he or she reads it. “The thing that people tend to lose sight of very quickly is the perspective of the other person,” he said. “We’re so focused on what we need to say and how we’re going to say it that we lose sight of how the message is going to be received. When you’re talking to someone face to face it’s a little easier to get in their shoes because you’re actually watching them respond to what you’re saying. But when it comes to an e-mail, you have to picture someone sitting in front of their monitor, this message opening up and what it’s like to interpret an e-mail message.”

Bradberry noted that one situation TalentSmart has come across repeatedly is what should be strictly factual exchanges becoming emotional because they’re amplified via e-mail. “These situations will lead to tears many times,” he said. “The goal wasn’t to drive the person to tears; the goal was to be right. But they get so caught up in the moment that they come up with this particularly pithy, scathing e-mail. When they see the damage it does, they regret going about it that way.”

As to why this has become more of a problem now, Bradberry pointed to the proliferation of mobile phones that sync with e-mail, which has had the effect of people sending workplace e-mails on a nearly constant basis. “Bandwidth on handheld devices and the interface on them have increased to the point that you can really fire messages back and forth and write something long on [them],” he said. “It’s just made e-mail such a normal, common thing that people assume that that’s where they’re supposed to handle big challenges, because that’s where they handle everything else. Ten years ago, if you wrote a scathing e-mail, you were a guilty party for choosing to do that via e-mail, because not as much communication at work was done through an e-mail exchange. Now everything happens that way, so we’re really at the point where we’re forgetting to actually communicate either verbally or in person.”

Bradberry said this is a key pitfall of e-mail: people not realizing when a conversation is so emotionally charged as to be inappropriate for e-mail. “There’s too much reading in to an e-mail it that can be done,” he said. “The message will become muddied. Even if you’re abundantly clear that you’re upset about something, you just have no idea how the other person’s reacting to it and you have no ability to process back and forth. When it’s time to get down to brass tacks, you need to do that face to face, or at least pick up the phone.”