The Half-Life of a CLO

If you want long-term job stability, don&rsquo;t apply for the role of chief learning officer. The average duration of a CLO in a major corporation is about 18 months.

If you want long-term job stability, don’t apply for the role of chief learning officer. The average duration of a CLO in a major corporation is about 18 months and seems to be getting even shorter.

I noticed this trend about six months ago, when my informal list of CLOs who were looking for new positions started to grow. Key senior learning professionals who had been recruited to new CLO positions — often over a period of a year — were in new roles or out looking again in 18 months. Hmmmm!

So, I reached out to a dozen dislocated CLOs to gain some perspective on this phenomenon. Some of these departures were positive, and others were disappointing. Here are a few profiles that emerged:

The “C” in CLO was a small “c:” Several CLOs reported that the role didn’t turn out to be a C-level position after all. Rather than having the strategic role that was pioneered by early CLOs Steve Kerr (GE) or Bill Wiggenhorn (Motorola), they basically found themselves in an overstated vice president of training position. Access to the C-suite often was limited, and they became frustrated by their inability to influence the learning culture of the organization. Most of the CLOs in this role exited voluntarily with high frustration and disappointment.

Lesson learned: Truly check out the size of the “C” in the CLO title. If the reporting relationship is wrong at the point of hire, it rarely will improve. If you still have vice president of training responsibilities, this is not an authentic CLO role.

Unrealistic expectations and limitations of learning: A CLO that truly has strategic responsibilities may also have a challenge: the limits of what learning can do to the overall performance of the organization. A CLO was hired into a major retail organization and given the task of raising store sales from year to year while increasing staff retention. This CLO reported directly to the CEO, had major influence in the organization and was dismissed one year later. Why? The economy had dropped and the product lines were unexciting. While the CLO had managed to increase retention, even restructuring compensation for store associates, customer behavior couldn’t be modified through learning interventions.

Lesson learned: When you are at the C-level, stuff happens to you. The CFO, CIO and the CLO at that company were all dismissed. Yet, the CEO is still there, and the stock is in the tank. Remember, in most instances, learning is a dependent rather than independent variable in organizational success.

Good CLOs are hard to find: A number of CLOs found themselves headhunted and recruited, almost from their first day on the job. Organizations that are creating a new chief learning officer position naturally look to the same pool of CLOs of brand-name organizations. A good friend of mine took a CLO role at a manufacturing company and was recruited away eight months later with an offer two and a half times his initial salary.

Lesson learned: Be prepared to tell your prospective employer how you would deal with attractive headhunting offers.

Moving on up: We are now seeing the first wave of CLOs who are being promoted up the corporate food chain. Some are becoming chief operating officers, and soon we will see the appointment of a CLO as a CEO. Organizations are recognizing that the skills of a CLO — understanding business, people and organizational development — are powerful building blocks for a more senior position.

Lesson learned: If you want to use the CLO position as a stepping stone to a CEO position, here are development activities to consider: Complete an executive MBA, join a corporate board or take a stretch assignment running a division of your organization.

There certainly are some CLOs who will spend a dozen years in their roles. However, we have seen a rapid decrease in the duration of the CLO role, both for good and tough reasons. Whatever your circumstances, I offer this piece of advice: Be clear about the details of your role and make sure the “C” in your job title reflects a true role as “chief.” 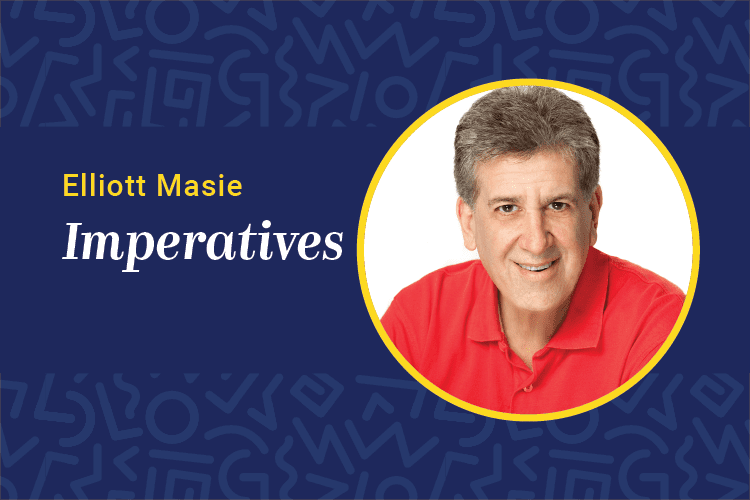 Elliott Masie is the chair of The Learning COLLABORATIVE at The MASIE Center. To comment, email editor@talentmgt.com.